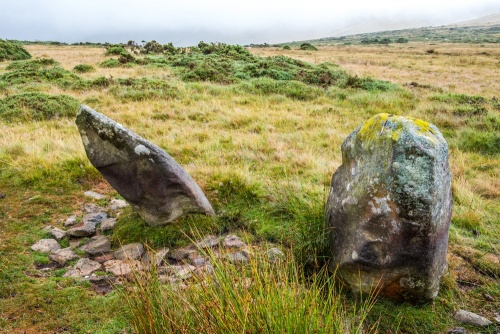 Just outside the Pembrokeshire hamlet of Tafarn-y-bwlch are a pair of standing stones, with a solitary stone nearby. The stones are thought to be part of a larger complex of stones that include the nearby Waun Mawn stone circle about 40 metres away.

The stones are each around 1 metre tall, and date to the late Bronze Age. They stand in a landscape of numerous other ancient sites, with wonderful views to the surrounding peaks.

One of the intriguing things about the stones is that both have a large number of small stones around their base. It wasn't clear to us whether these small stones were part of the original monument, or added later, perhaps to make the upright stone more stable.

A track leads directly past the stones and on to Waun Mawn Standing Stone.

The Tafarn-y-bwlch standing stones are a Scheduled Ancient Monument. 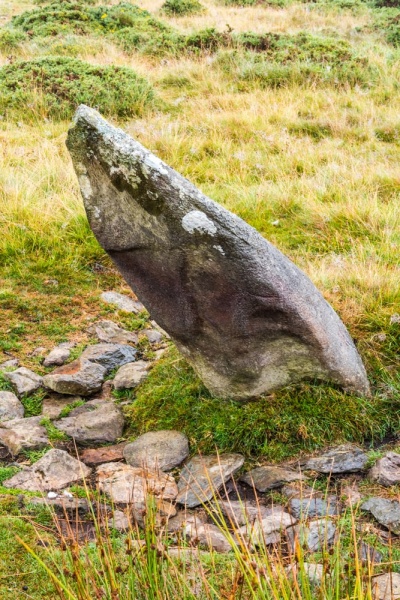 The stones are not signposted, but it is actually quite easy to reach them. Heading north on the B4329 you come to a cattle grid as you enter Tafarn-y-bwlch. There is a rough layby immediately beyond the cattlegrid on the western side of the road (left).

Coming from the north, just look for the cattle grid as you leave Tafarn-y-bwlch and you will see the layby on your right just before crossing the cattle grid. There is just room for two cars to squeeze in.

From the layby simply go through the gate and walk up the public footpath, which follows the obvious farm track, heading west. You will see the two standing stones off to your left after a few hundred metres. There are no signs, but the stones are easy to spot if you keep alert. There's no real path to the stones, and the moor will be muddy after rain, so be smart and wear good waterproof footwear.

From the standing stones you can return to the farm track and carry on for another few minutes and you will see the solitary Waun Mawn standing stone directly to the right of the track. 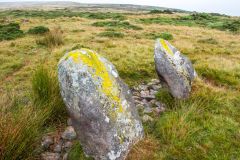 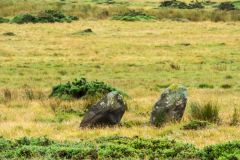