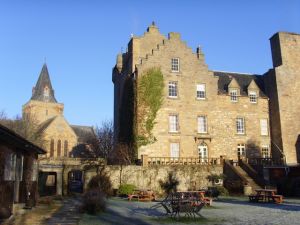 15th-century Dornoch Castle Hotel
Dornoch is a town on the east coast of Scotland, about six miles south of Golspie, on the northern bank of the Dornoch Firth. Dornoch was a royal burgh, created in 1628, and it was the county town of Sutherland.

In the medieval period, Dornoch was the seat of the Bishop of Caithness, and the parish church served as a cathedral. The cathedral site was settled as far back as the 6th century when a religious community of Culdee monks was based here.

The church houses the tombs of 16 Earls of Sutherland but the oldest memorial is an effigy of Sir Richard de Moravia (d. 1248), brother of the church's founder.

Directly across from the old cathedral on one side of the historic market square stands Dornoch Castle, a 15th-century fortress. The castle is now a hotel. On the edge of the town is the Royal Dornoch Golf Course, the 3rd oldest course in the world, where golf enthusiasts have played since the early 17th century.

The last witch to be executed in Scotland died at Dornoch in 1722. A plaque in a garden commemorates the death of Janet Horn, who was accused of changing her daughter into a horse and convincing the devil to shoe her.

A few miles away at Skibo is a manor house once owned by Andrew Carnegie. A short drive north along the coast brings you to the Victorian splendour of Dunrobin Castle, while even closer at hand is medieval Fearn Abbey.

Nearby accommodation is calculated 'as the crow flies' from Dornoch. 'Nearest' may involve a long drive up and down glens or, if you are near the coast, may include a ferry ride! Please check the property map to make sure the location is right for you.

More self catering near Dornoch >>

More bed and breakfasts near Dornoch >> 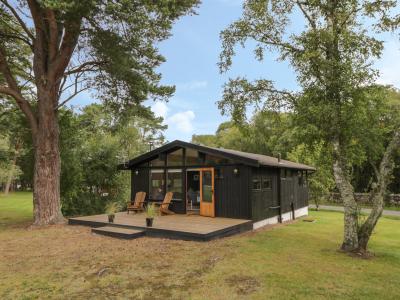 This superb lodge rests in Dornoch, Scotland and can sleep four people in two bedrooms.
Sleeps 4 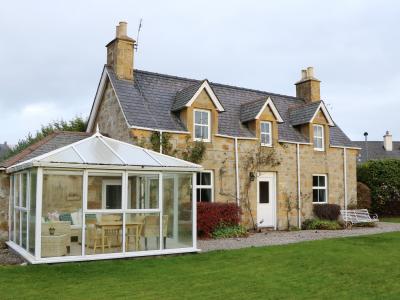 This semi-detached cottage is situated in the village of Dornoch near Inverness and can sleep five people in three bedrooms.
Sleeps 6