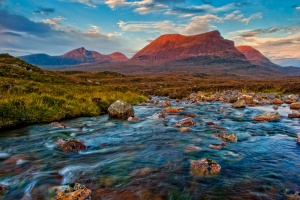 Sutherland is one of the most remote - and one of the most scenically beautiful - areas in Britain. It stretches from Wester Ross to Cape Wrath in the west, and to Black Isle, just north of Inverness, in the east. This is one of the least populated areas of Scotland, but the reason for that takes us into one of the darkest periods of Scottish history; the Highland Clearances.

Throughout the Highlands, and the Sutherland region in particular, families that had lived on the land for centuries were forcibly moved to make way for sheep. Many of the Highland families emigrated overseas but many others ended up in small fishing villages around the Sutherland coast, there to try to scratch a meagre living from fishing. As a result of the Clearances, there are very few settlements away from the coast.

And what a coast!

The scenery of the Sutherland coast is simply stunning, with high sea cliffs and occasional lonely beaches. The most famous - and remote - of these beaches is at Sandwood Bay, maintained by the John Muir Trust, which is a 4-mile walk from the nearest road. The result of that walk, however, is a glorious expanse of gleaming white sand, and in all probability, you will have the entire beach to yourself, no matter what the time of year.

Further south, near Kylesku, is the waterfall with the highest drop in Britain; Eas a Chual Aluinn may be hard to get to (and hard to pronounce unless you have a gift for Gaelic), but if you make the 6 mile round trip from a parking spot on the A894 you are rewarded by an amazing view of the falls as it spills off the edge of a plateau to fall almost straight down towards Loch Glencoul far below.

At Stoer a popular walk takes you from a historic lighthouse designed by the famous Stephenson engineering family to a dramatic sea stack known as the Old Man of Stoer (not to be confused with the Old Man of Storr rock needle on the Isle of Skye!).

At nearby Clachtoll an ancient broch stands by the shore. South of Lochinver at Inverkirkaig a trail leads along the River Kirkaig to the Falls of Kirkaig, a spectacular waterfall in the shadow of Suilven, one of the most popular mountains in the region for walkers. 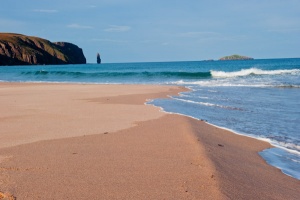 Near Lochinver, the main town in the south-west of Sutherland, is Loch Assynt, where the dramatic ruin of Ardvreck Castle stands on a rocky promontory jutting into the loch. Ardvreck was the home of the MacLeod lairds of Assynt, and a place where murder and foul deeds were done. The Marquis of Montrose was betrayed to his enemies at Ardvreck, and ghosts are said to walk among the ruins.

South of Ardvreck at Inchnadamph are the Bone Caves, a set of ancient caves set into a high cliff, where prehistoric people made their home.

Further south at Knockan is a special geology trail, showing the amazing rock formations which made this area Britain's first Geopark. Follow a trail through time, and put your hands on either side of the Moine Thrust, where the oldest rocks are on top of younger ones!

At Tarbet, you can take a boat trip to Handa Island, home to one of the largest populations of seabirds in Europe. At the northwesternmost point of the region is Cape Wrath, where a lighthouse stands at the most remote point on the British mainland.

Further east along the coast and you come to Balnakeil, where an ancient church stands by a long stretch of white dunes. Beatle John Lennon was a frequent visitor here, and the grave of his aunt lies in the churchyard. A few miles east of nearby Durness is Smoo Cave, a huge natural cavern where a waterfall thunders down. 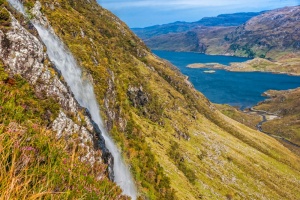 Follow the coast road around Loch Eriboll and take a minor road through glorious Glen More. Above you looms the bulk of Ben Hope, the most northerly Munro in Scotland, and a popular destination for walkers. Further down the glen stands the remain of Dun Dornaigil, an ancient broch in the care of Historic Scotland.

If all this talk of ancient sites and scenic splendour isn't your cup of tea, there's always Dunrobin Castle, ancestral seat of the Dukes of Sutherland. Sir Charles Barry, architect of the Houses of Parliament, rebuilt a 12th-century castle in Scottish baronial style, overlooking glorious gardens, with views to the North Sea.

Sutherland is a magnificent place to enjoy some of the most wonderful scenery in Britain - and you'll have most of it to yourself! 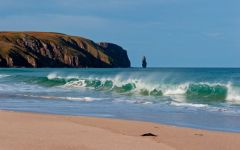 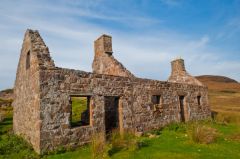 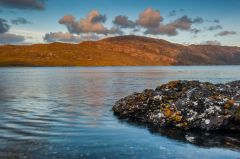 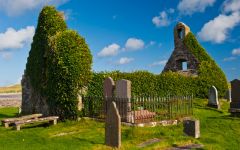 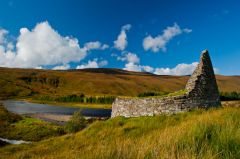 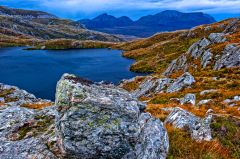 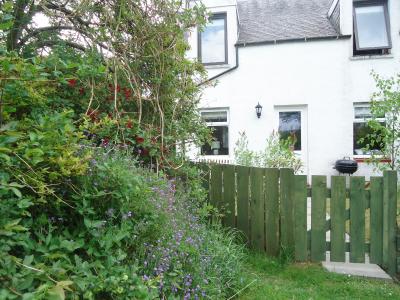 This private ground floor apartment is in the village of Foyers in the Scottish Highlands and can sleep two people in one bedroom.
Sleeps 2 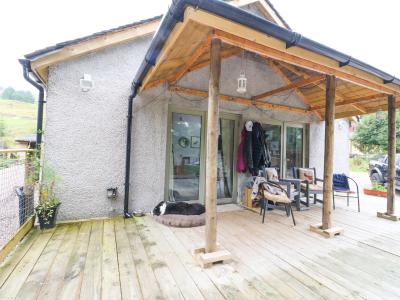 This rustic cottage rests in Anaheilt near Strontian and can sleep four people in two bedrooms.
Sleeps 4