HERITAGE HIGHLIGHTS:   The oldest Premonstratensian foundation in Britain still in use 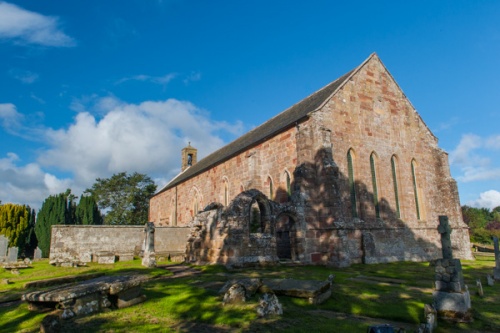 Fearn was a religious centre as early as the 5th century, but the present Abbey was founded in the 13th century and was known as The Lamp of the North. The monastic church survives today as the parish church.

In 1227 an abbey for Premonstratensian monks was founded at 'Farne', on the south side of the Dornoch Firth. The abbey was a daughter house of the abbey at Whithorn. The founder was Ferquhard, the 1st Earl of Ross, and the first abbot was named Malcolm. He was followed by Malcolm of Nigg in 1238, and it was this second Malcolm who petitioned the Pope in 1246 to transfer the abbey to a more hospitable location at 'New Fearn', its present site on the north side of the Firth. 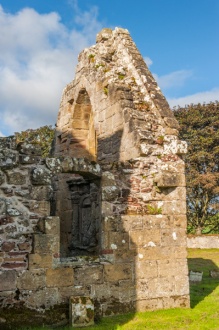 The abbey was rebuilt in 1338 and extended with the addition of a south aisle dedicated to St Michael in the 15th century. Maister John Fearn built the aisle, as well as the cloister, and began building a dormitory for the monks. Within the south aisle is the tomb of Abbot Finlay MacFead (d. 1485).

Like all monastic establishments, Fearn Abbey suffered at the Reformation, and the monks were forced to leave, but unlike many other monasteries, Fearn was not destroyed, but instead continued in use as the local parish church.

Over the ensuing centuries the medieval monastic buildings were not maintained, however, and in 1742 disaster struck. The flagstone roof was struck by lightning during a service, and collapsed, killing 40 worshippers.

The assistant minister was the hero of the day; he held up the lintel of the east door, allowing the remaining worshippers to escape. The church was rebuilt in 1771 under the patronage of Sir John Lockhart Ross of Balnagown, but perhaps mindful of avoiding a similar mishap in future, the new church was made with a simple shed roof, and no tower or spire.

Fearn Abbey remains in use as the parish church, making it the oldest Premonstratensian foundation in Britain still in use for worship.

The abbey is signposted off the B9165 at the southern edge of Fearn. There is a large parking area, and a single information panel giving information about the history of the church. What is really striking is seeing the crumbling walls of the medieval monastic buildings connected to the 18th century restored church. The core of the church is 14th century, but much of the remainder dates to 1771.

A pair of ruined chapels project from the south wall. One, St Michael's Aisle, contains a 14th century tomb recess with an effigy of Abbot Finlay (d. 1385). On the north side of the church is another ruined chapel; the Ross burial aisle. This is mostly late 16th century work, with a 17th century mural monument decorated with the Ross arms.

The interior of the church is very plain, with the nave running directly into the chancel. One the south side a piscina and sedilia have survived from the original monastic church. Beneath the east window is a sunken memorial chapel for the Ross family of Balnagown. Among the Ross family memorials is a very ornate monument to Admiral Sir John Lockhart Ross (d. 1790). Sir John's naval career is duly noted with a large carving of a ship under sail. 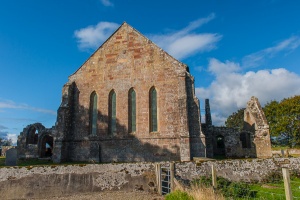 The east end of the church 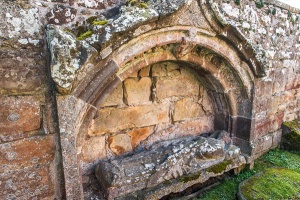 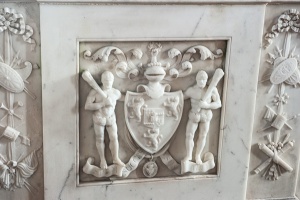 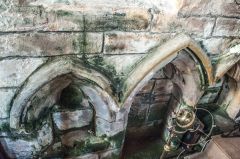 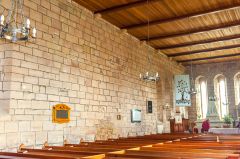 Nearby accommodation is calculated 'as the crow flies' from Fearn Abbey. 'Nearest' may involve a long drive up and down glens or, if you are near the coast, may include a ferry ride! Please check the property map to make sure the location is right for you.

More self catering near Fearn Abbey >>