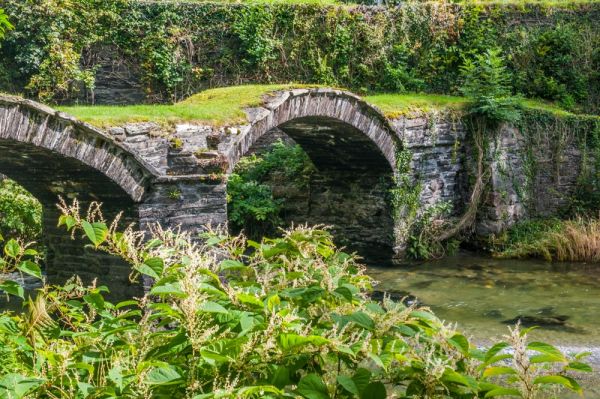 Pont Minllyn is a narrow two-arched packhorse bridge that crosses the River Dyfi just south of Dinas Mawddwy. The bridge was built by Dr John Davies, rector of Mallwyd, in the early 17th century. Today it stands as a pair of arches topped with turf, immediately beside the modern bridge. 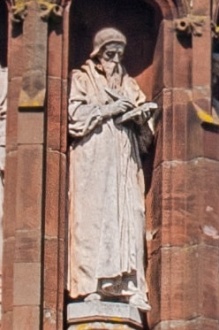 The bridge is an appealing structure, and the first thing you notice is just how narrow it is. It would take a confident person to walk across the bridge without railings! It is built of rubble stone, with a pair of segmented arches springing from a pier in the centre of the river.

There are cutwaters on each side to diffuse the force of the water striking the piers. The upper portion of the bridge has been lost over time and is now topped with an attractive covering of turf.

Dr John Davies, who paid for the bridge, was a prominent scholar of the Welsh language and translated the Bible into Welsh. He was born in Llanferres, Denbighshire in 1567, the son of a weaver, and studied at Jesus College in Oxford.

He was one of the most important late-Renaissance scholars in Wales and was responsible for writing a Welsh grammar text and dictionary of the Welsh language and was the man chiefly responsible for translating the Book of Common Prayer into Welsh in 1621.

Davies was known as a local benefactor and contributed to numerous public works in the area. He served as rector of Mallwyd from 1604-1644. He died at Harlech in 1644 and was laid to rest at Mallwyd church. There is a statue of Dr Davies on the Translator's Memorial outside St Asaph Cathedral.

The bridge is a Scheduled Ancient Monument and is listed Grade II for its historic interest.

Note:
Despite the fact that the Cadw website lists Dinas Mawddwy as the location, the bridge is actually about a mile south of the village itself. If coming from the north-west, do not take the turning into Dinas Mawddwy but stay on the A479 until the sign for Meirion Mill. Take the turn to the mill, and the bridge is immediately beside the modern road bridge. 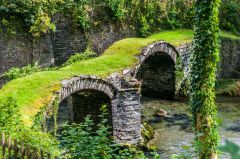 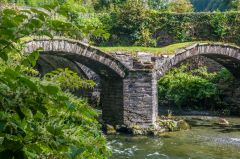 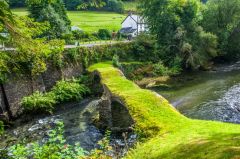 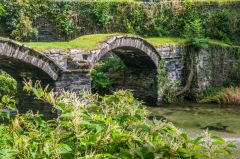 More self catering near Pont Minllyn >> 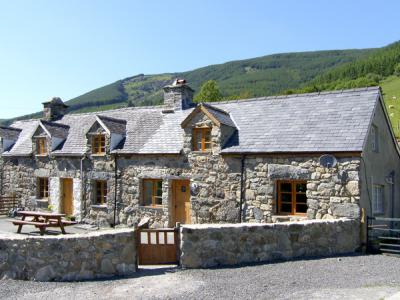 Ysgubor is a pretty farmhouse extended to create a light and spacious property with many original features including oak beams and doors, exposed stone walls, slate flagged floors, and an …
Sleeps 11 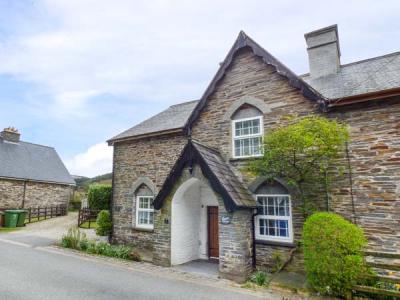