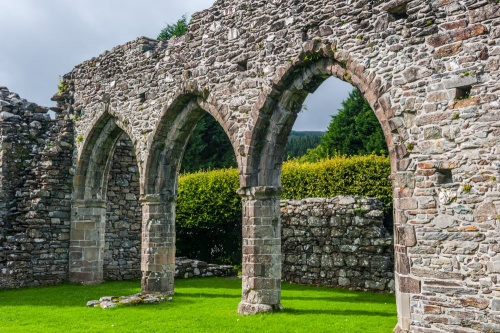 Cymer is a small abbey founded in 1198 by Maredudd ap Cynan, Meirionydd, for a group of Cistercian monks from Abbey Cwmhir, near Rhyader. The site chosen was an area of level ground at the junction of the rivers Mawddach and Wnion, indeed the full name 'Kymer deu dyfyr' translates roughly as 'at the meeting of the waters'. Cymer Abbey never gained any great wealth or influence.

When Edward I damaged the abbey buildings during his repeated attempts to subdue the Welsh, he granted the monks £80 compensation. The abbey was dissolved by Henry VIII in 1536/7, at which time a silver paten and gilt chalice were hidden in the nearby mountains. These were discovered in the 19th century and can now be seen at the National Museum of Wales in Cardiff.

The only remains standing to any height are those of the abbey church, which reaches 30 metres in length. Unlike most Cistercian monastic churches, the church at Cymer is built without aisles or transepts. It seems likely that the relative poverty of the abbey meant that the monks truncated the church and built a small tower at the west end rather than the usual Cistercian tower over the crossing. 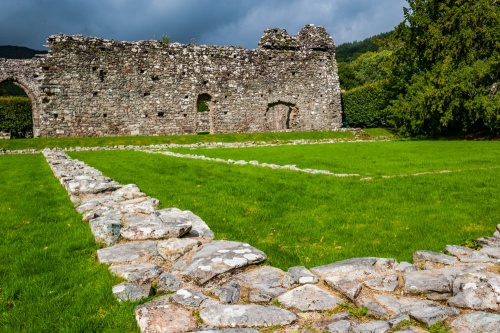 Most notable of the ruins are the 3 remaining arched windows and columns. Some evidence of column carvings and window decoration remain, as do the foundations of the cloister and a few of the outbuildings.

The abbey site is well signposted off the A470 and stands immediately beside a modern trailer campsite. There are no facilities on-site, but there is a small parking area. 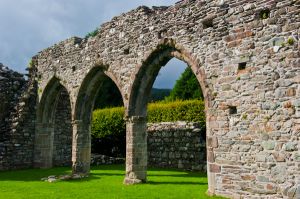 More self catering near Cymer Abbey >> 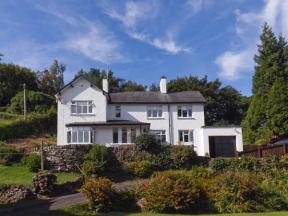 Sleeping six people in three bedrooms, this luxury detached cottage is on the edge of Dolgellau, and enjoys wonderful mountain views.
Sleeps 6 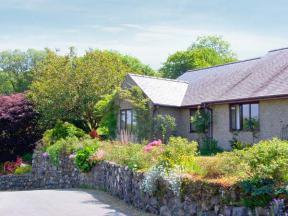 This single-storey cottage on a working livestock farm near Dolgellau sleeps two people in one bedroom.
Sleeps 2