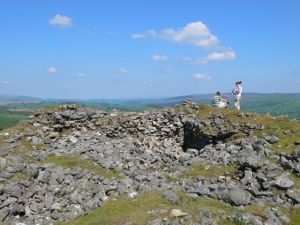 Carndochan Castle
A ruined 13th century Welsh castle atop a rocky crag near Bala. A traditional Welsh D-shaped tower was augmented with another rounded tower and a small cluster of central buildings within the defensive perimeter. Several other castles and remains of Roman forts are nearby, attesting to the strategic importance of the location.

The rocky outcrop on which the castle stands provides naturally strong defences on three sides, and it is possible that the Romans made use of the location.

We do not know for certain when the castle was built, nor by who, but it seems plausible that it was erected by one of the powerful late 13th-century Princes of Gwynedd, Llewelyn Fawr, Dafydd ap Llewelyn, or Llewelyn the Last.

We know just as little about the last days of Carndochan Castle. Victorian archaeologists unearthed evidence of ash beneath the tumbled stone ruins, suggesting that it may have been burned in an attack, or intentionally slighted to make it unusable.

More self catering near Carndochan Castle >>

This large semi-detached house is located near to Lake Bala in North Wales and can sleep six people in three bedrooms.
Sleeps 6 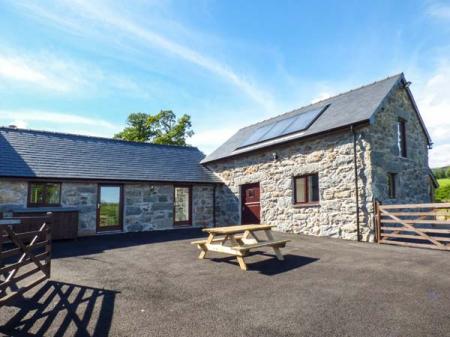