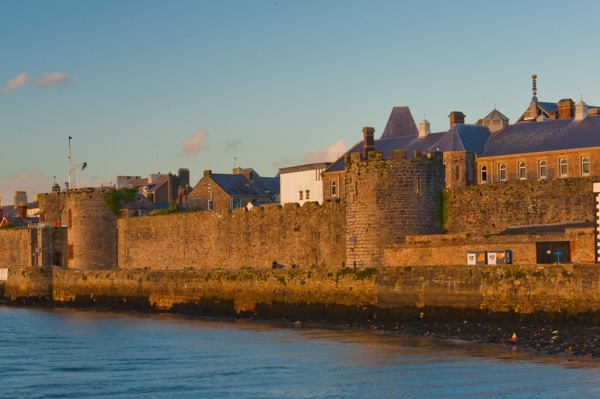 Caernarfon Town Walls
The medieval walls of Caernarfon aren't so much a visitor attraction as an integral part of the experience of visiting this wonderful historic town on the Menai Strait. Almost the entire circuit of medieval walls have survived, including eight towers and a pair of imposing twin-towered gateways (at either end of High Street). In many places, the walls still stand to the height of the original battlements.

The walls were built as part of Edward I's plans to turn Caernarfon into an English power base in northern Wales. Edward created the magnificent fortress of Caernarfon at the river mouth and began a planned settlement beside the castle.

The walls encircled the settlement and joined with the castle at each end. A quay was built outside the walls, out into the Menai Strait. Work on the walls began in 1283, at the same time as the castle.

Original plans called for a large water gate attached to the Eagle Tower, but these plans were later abandoned. You can still see a projection on the tower intended to serve as part of the water gate.

Construction of the walls was very quick; it was almost complete by 1285. The total perimeter of the wall was about 800 yards in length and the material was coursed rubble-stone.

The Bell Gate (northeast tower) was converted in 1307 to act as the vestry for St Mary's chapel and was also used to accommodate clergy. Porth Yr Aur (West Gate) was later rebuilt to serve as the headquarters of the Royal Welsh Yacht Club.

Cadw (Welsh Heritage) who look after the walls, says there is 'no public access', which is a bit of nonsense, as the walls can be seen from almost anywhere in the centre of Caernarfon!

What they mean is that the towers and battlements cannot be climbed, but you can still get very good views. Perhaps the best place to view the walls for maximum impact is to cross the Seiont by the castle and walk up the river to the shore, where there are excellent views back towards the town and the castle.

Fantastic sunsets over the Menai Strait and on the outskirts of Caernarfon you are very well located. WiFi. TV, DVD. Short drive to supermarket. Edge of Snowdonia national park for …
Sleeps 6 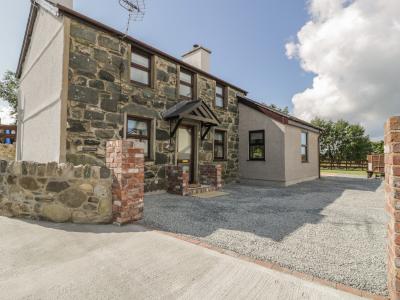