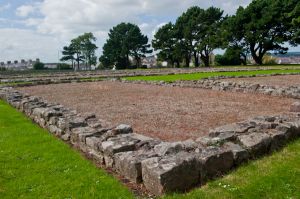 Segontium is a 1st century Roman fort and museum. Stones from the fort were used by Edward I to build nearby Caernarfon Castle.

Some time in the late 70s AD a Roman auxiliary fort was established on a high hill overlooking the Menai Strait, looking across towards Anglesey. The location makes Segontium the most north-westerly fort in the Roman Empire, and headquarters for north west Wales.

The Romans had only just managed to subdue rebellious Welsh tribes in the north west of Wales, and wanted a strong military presence to reinforce their control over the area. The fort was extended and modified over the next 3 centuries and was not finally abandoned until about 394, making it the longest-occupied Roman fort in Wales.

Excavations have revealed the remains of timber barrack blocks dating to the late 1st century, with space for up to 1000 soldiers. By AD 120 the garrison had been sizeably reduced. In the middle of the 2nd century a large courtyard was built, with its own bathhouse, perhaps as an official residence for an important local official, perhaps one responsible for overseeing mining in the area.

We do know that by the 3rd century the fort was garrisoned by the 1st Cohort of Sunice, an infantry regiment with about 500 men. The garrison continued to shrink during the 3rd and 4th centuries, when Segontium was used mainly to counter the threat of pirates in the Menai and along the north Wales coastline.

Just like the Romans 1200 years earlier, Edward I needed a strong military presence in north Wales to control the unruly Welsh after his late 13th century conquest of the area. He decided to build a mighty castle at Caernarfon, where the River Seiont empties into the Menai Strait.

The old Roman fort at Segontium was a convenient source of stone for his new castle, with a result that most of the stone walls of the fort are gone and we are left with little more than foundation walls.

Despite lack of standing walls, excavations at the fort have revealed a wealth of finds from the period of Roman occupation. Some of these are in the National Museum of Wales collections, but other artefacts are on display in the small onsite museum.

It is easy to find the Segontium site, as it is located directly on one of the major roads out of Caernarfon. Parking is an issue; we managed to find a spot on a side street a few minutes walk from the site. One thing that is immediately obvious is why the Romans chose this particular location; the views over Caernarfon and across to Anglesey are terrific!

Only a small part of the whole fort can be seen; the rest seems to have been swallowed up by modern housing developments, but you can see enough to make it obvious that Segontium was a very important place 1800 years ago!

Museum: The Roman auxiliary fort of Segontium, near present day Caernarfon, has provided some of Britain's finest archaeological finds from the Roman period. The best artefacts from the fort are displayed in the museum, which tells the story of the Roman invasion and occupation of Wales. 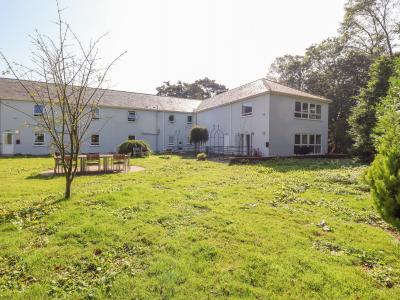 This spacious holiday home rests in Bontnewydd near Caernarfon, Wales and can sleep thirty people in twelve bedrooms.
Sleeps 30 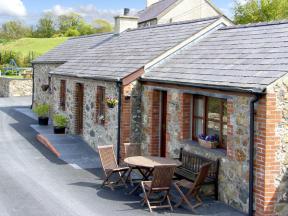