Crug Farm Walled Garden
Historic 18th century walled gardens in the grounds of a country house near Caernarfon have ben transformed into a horticultural paradise, with plants gathered on annual plant-hunting expeditions to the far corners of the world.

Crug Farm is a combination nursery and walled garden, located in an idyllic location between Snowdonia and the Menai Strait. The gardens at Crug Farm have become a byword for plant hunting. Owners Bleddyn and Sue Wynn-Jones have spent over 20 years travelling the world in search of rare and unusual plants. In so doing they are following in the footsteps of early plant-hunters who brought unusual species of plants to Britain.

And that's the key at Crug Farm; unusual plants. The owners say they have never met anyone who can identify all the plants on show in the walled garden or on sale in the attached nursery. Previous plant-hunting expeditions have explored Vietnam, Nepal, Korea, the Phillippines, and more, in search of unusual plant species to bing back to north Wales. In fact, the plant-loving couple that run Crug Farm spend 3 months each year travelling the globe in search of new plants. Germination of the new plants may take from 1 to 10 years.

The fruits of these labours are on show in the walled garden, where trails wind sinuously through a lush jungle of plants, through a rockery and small copses of woodland. From annuals to perennials, shrubs to vines, there is so much to see, and so much that is rare and unusual.

Because of all these unique delights, Crug Farm has become something of a revered destination by keen gardeners, and those ready to discover some new inspiration for their own gardens. Buckingham Palace remains a regular customer, and top garden designers regularly order from the Crug catalogue. Some of the more successful plants that have been well received by British gardeners include Acer campbellii var. campbellii (a Himalayan maple) and Fatsia polycarpa (a Taiwanese shrub).

Owner Bleddyn Wynn-Jones has received an Honorary Fellowship from Bangor University for services to horticulture and plantsmanship.

The gardens are open seasonally - because the owners are out exploring the world in search of new plants over the British winter months! 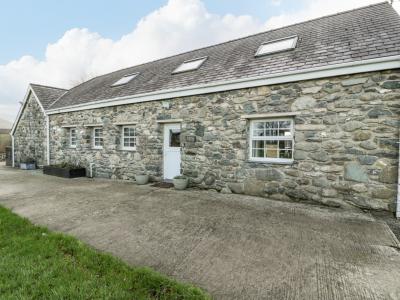 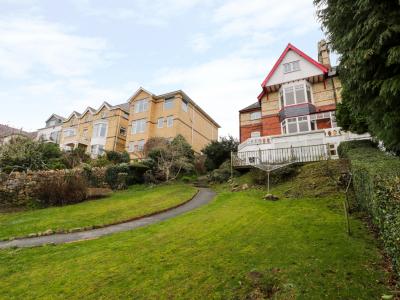 This semi-detached cottage rests in Caernarfon in North Wales and can sleep ten people in four bedrooms.
Sleeps 10