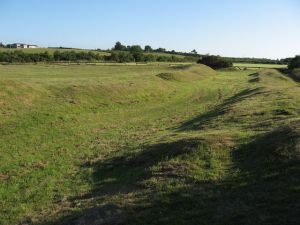 Caer Leb
The name Caer Leb translates loosely as Leaven Castle. That might conjure up images of battlements and drawbridges, but nothing could be further from the truth. This 'castle' is a prehistoric enclosure near the River Braint. The site is bounded by an arrangement of double banks and ditches, some sections of which have since been levelled.

The origins of Caer Leb are unclear, but it seems likely that it was built in the 2nd century BCE, and remained in use until well into the Roman period.

A fanciful 18th-century book by Rev Henry Rowlands claimed that Caer Leb was a 'moated intrenchment' and was the 'residence of the arch-druid' of the region. Unfortunately for druidic enthusiasts, the truth is probably a bit less romantic.

Excavations in the Victorian period did find evidence of several buildings within the inner enclosure, but no evidence of these structures can be seen today.

Fragments of pottery dating between the 2nd and 4th centuries have been found, as have a later layer of periwinkle shells and a medieval coin.

A footpath leads from Caer Leb to Castell Bryn Gwyn, also in the care of Cadw, and to the Bryn Gwyn standing stones.

More self catering near Caer Leb >> 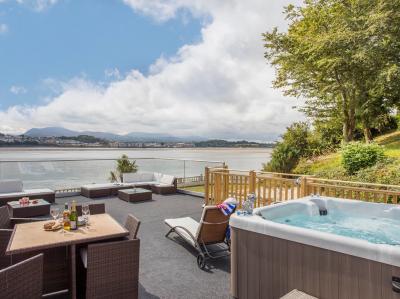 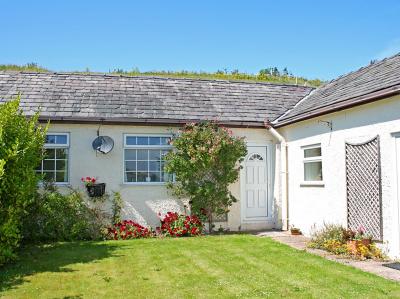