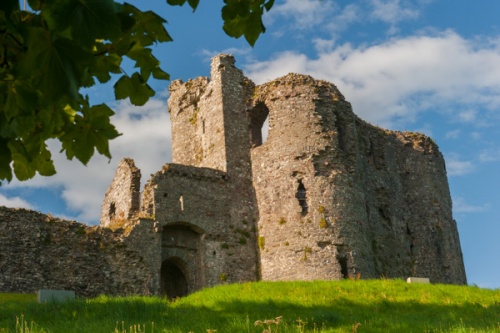 Llanstephan Castle stands on a headland overlooking Carmarthen Bay. This ruined 12th-century castle shares the history of its site with an Iron Age fort built in approximately 600 BC. Much is in ruins, but the twin-towered gatehouse still looms large.

The original 12th century stone fortifications were much rebuilt over the subsequent several centuries, notably by the de Camville family. The best surviving feature is a 3 storey gate leading to the inner ward. There are foundations of several further buildings, though none of these survives to any height. The large outer ward is reached through a tall 13th-century gatehouse flanked by two D-shaped towers.

The castle is well signposted, but there is no direct vehicle access. When you see the location of the castle atop its heavily wooded hill you can appreciate just how hard it would be to actually make a road to it!

There is a sizeable parking area by the shore, and a well-signed path leads from the parking area and switches back and forth up the hillside. It takes about 15 minutes to walk, and though sections are steep, it is not difficult.

Though most of the castle is in ruins and roofless, you can ascend the main east gate to first-floor level to see the ruins of a hall, and further up a winding stair to the top of the tower for excellent views over the castle interior and down to the estuary far below.

Llansteffan is far more impressive than its description might suggest; there's a lot of the site still intact, enough to get a sense of just how impressive it must have been when first built. And the location is simply wonderful, making it well worth the climb to get there! 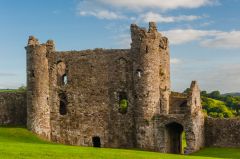 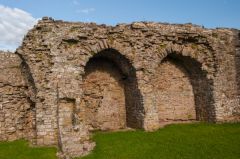 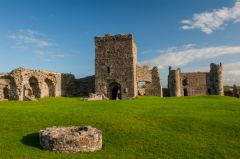 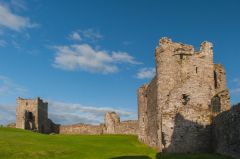 More self catering near Llansteffan Castle >> 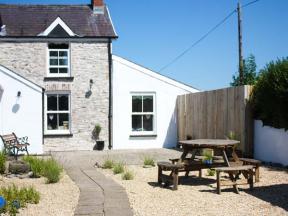 This cosy, semi-detached cottage is situated beside a boutique B&B on the owner's smallholding in Llanybri, South Wales, with one double bedroom.
Sleeps 2 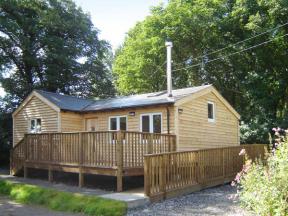 This holiday cabin is set in the village of Llansteffan, in a sheltered wooded area along with other homes and holiday homes, but with only a few visible from the …
Sleeps 4