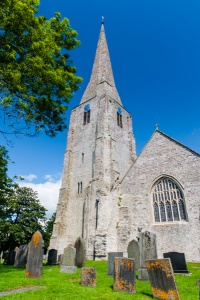 The roots of Kidwelly's striking parish church go back to at least the 7th century, when this area of southern Wales was a hotbed of Celtic Christianity under such early saints as David, Cadoc, and Teilo.

Sometime around 1110, Bishop Roger of Salisbury founded a Benedictine priory at Kidwelly. The nave of the priory church served the lay population, while the monks used the east end of the church.

One of the treasures guarded by the monks was a life-sized alabaster statue of the Virgin Mary and Christ child which was set in a niche in the chancel wall. This statue became an object of veneration, and pilgrims began to travel to Kidwelly to see it.

The church was heavily damaged by fire in 1123, perhaps as the result of a raid by Prince Llewelyn, and had to be extensively rebuilt. The tower dates to the late 13th of early 14th century.

Lightning struck the church in 1481 and when the church was rebuilt the west end was truncated, perhaps to save money. Kidwelly was never a large priory, and it seems likely that the prior and 2 monks may have lived in a single stone house on nearby Causeway Street. 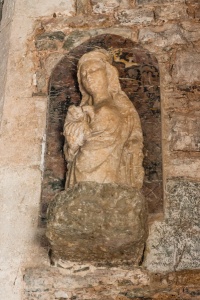 The priory was suppressed in 1539, but the church survived to become the parish church of Kidwelly. If you examine the exterior of the building you can clearly see where it was altered when bits of monastic structures were torn down. Much of what we see today dates from the 14th-century priory, with heavy restoration in the Victorian period.

Sir Gilbert Scott was called in to assess the structure in 1854 and reported the building to be in a dire condition. Despite Scott raising the alarm, nothing was done until lightning struck the church spire in 1884 and fell to the ground.

So, some three decades after Scott's report, his restoration plans were put into effect. One of the results of the Victorian work is the strikingly slender spire which seems to soar above the town.

The restored church features a wonderful Decorated Gothic interior, with a very low chancel arch. In the Lady Chapel (south transept) houses a pair of tomb niches and effigies. One shows an incised cross, the other a noblewoman. Nearby is a stone sarcophagus that probably predates any of the tomb niches, for it is much too long to fit within them! 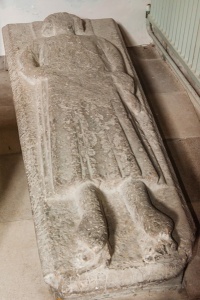 Among the most interesting surviving medieval fabric is a triple sedilia and piscina in the chancel. The prize, however, is the 14th-century alabaster Virgin and Child statue, now set on a corbel to the right of the high altar.

According to local stories, the statue used to be in a niche above the main entrance to the church. Local women curtsied to the statue on entering, and this peeved the vicar so much that the threw the statue into the churchyard. Public outrage forced him to bring it back inside the church, where it eventually found a home on the WWI memorial. It was later moved to its current position in the chancel.

Other features worth noting include a squint in the sanctuary wall. There is a moulded panel on the north wall of the chancel depicting an iris, or fleur-de-lys. The presence of this French/Fleming symbol may be a nod to early medieval Flemish weavers who settled in Kidwelly.

The organ is extremely striking; it was built by Thomas Warne and bears the date 1762, making it among the oldest working organs in Wales. It was brought to Kidwelly from St Mary's church in Swansea in 1907. 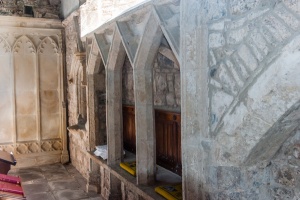 Triple sedilia in the chancel 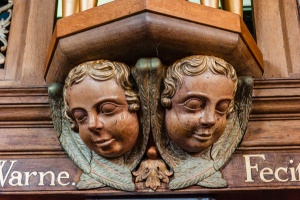 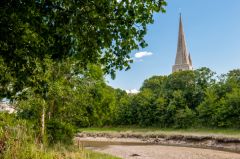 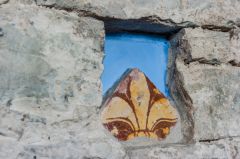 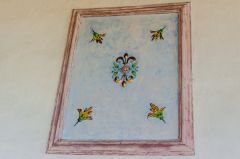 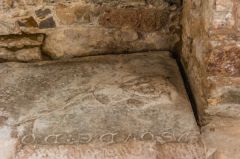 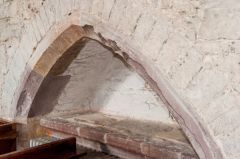 More self catering near Kidwelly

More bed and breakfasts near Kidwelly 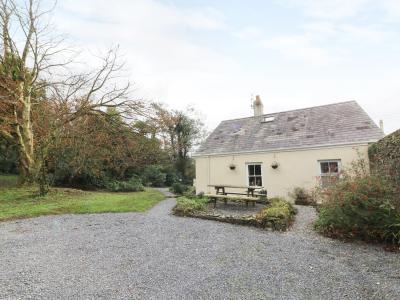 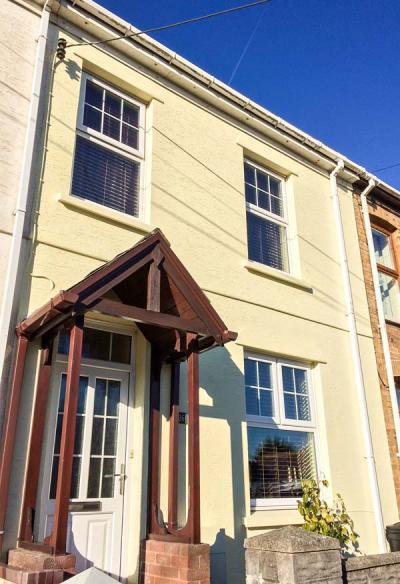 This welcoming terraced cottage is in the town of Kidwelly in Carmarthenshire and can sleep six people in three bedrooms.
Sleeps 6