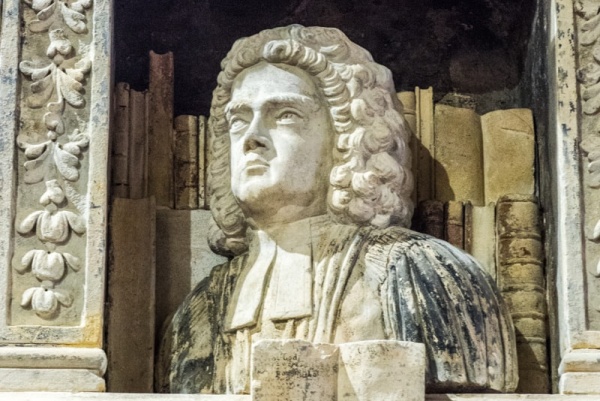 St Peter's is one of the largest parish churches in Wales, built of local red sandstone and grey shale. Its recorded history dates from 1107 when it was conferred by Henry I on Battle Abbey, but there was probably an ancient Celtic church here long before then.

The story of St Peter's goes back even further, for the church stands on the site of a 1st-century gateway built by the Romans to defend their fort of Moridunum here. The circular shape of the churchyard suggests that there was a Celtic church here as early as the 6th century. There is no structural evidence of that early building, but we are on firmer historical ground by the time the Normans subdued southern Wales in the late 11th century.

Battle Abbey only controlled the church for a few years before it was transferred to the Bishop of St Davids. In 1125 Bishop Bernard of St Davids gave it to the Priory of St John (Carmarthen Priory), and it stayed with the Priory throughout the medieval period. In the late 14th century a chantry chapel was established.

Sometime in the 16th century a Consistory Court was established at St Peters (a court for administering the church's own legal system). One of the most dramatic events in the long history of St Peters took place in 1555 when the Bishop of St Davids, Robert Ferrar, was tried in the court for heresy before being burned at the stake in Carmarthen's marketplace.

The Consistory Court can still be seen in the south aisle, where a memorial to Bishop Ferrar stands. On the wall of the Court is a memorial to Sir Richard Steele (d. 1729), a dramatist, essayist, and co-publisher of The Tattler, the first true magazine in Britain. Steele's second wife, poet Mary Scurlock, was a native of Carmarthen and the daughter of Jonathan Scurlock, the Sheriff of Carmarthen. She is buried at Poet's Corner in Westminster Abbey. 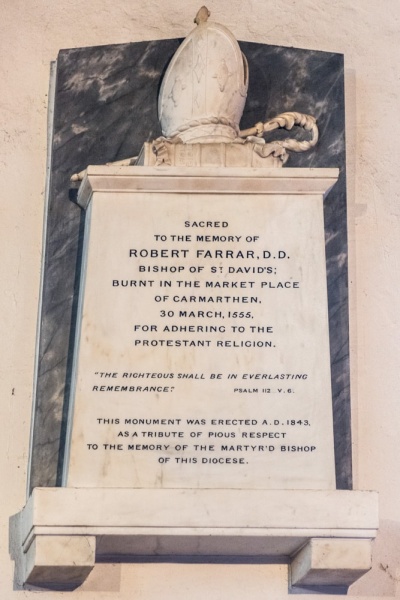 After the Dissolution of the Monasteries, the church passed to the crown, but was later given to St David's College at Lampeter, then back to the Bishop of St Davids.

The oldest parts of the church are the chancel, north transept, north aisle, and parts of the tower, all dating to the 13th century. Much older is a Roman altar stone kept in the porch, near a 13th-century coffin lid. There are a large number of historic monuments from the 17th-19th centuries.

Probably the most interesting burial at St Peter's is in the chancel, where Charlotte Dalton (d. 1832), granddaughter of George III, is buried in a vaulted underground tomb with her niece Margaret Augusta Prytherch, who died in 1839 at just 8 years of age. A black marble slab in the floor in front of the altar marks the location of the vault.

The story needs a bit of background. In 1759 George, then Prince of Wales, secretly married Hannah Lightfoot, daughter of a London draper. They had 3 children together, and though the marriage was valid, that did not stop George from marrying Charlotte Sophia of Mecklenburg-Strelitz in 1761, just 2 years later.

Charlotte would become queen, but the first marriage was never officially dissolved. One of the king's daughters married James Dalton, a doctor from Carmarthen. They had 2 daughters, including Charlotte Dalton, who is buried here. Curiously, the burial was never recorded. Might it be that the royal family wanted it hushed up? 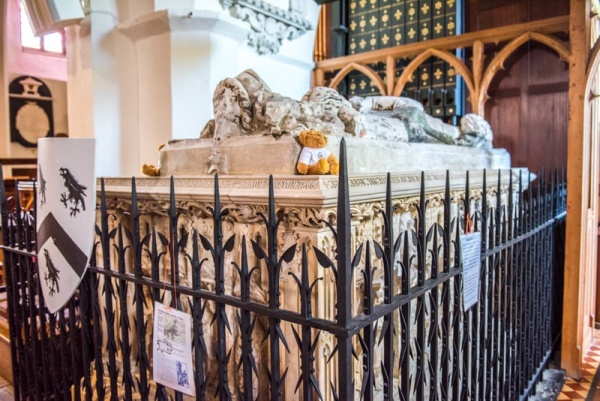 Another historic tomb is that of Sir Rhys ap Thomas of Dynefwr (d. 1525) and his wife Lady Janet. Sir Rhys was one of Henry Tudor's major allies in his bid for the throne in 1485 and fought at the Battle of Bosworth. Tradition credits Sir Rhys as the man who killed Richard III on the battlefield. Henry, now King Henry VII, rewarded Sir Rhys by granting him large estates in Wales, making him a Knight of the Garter, and naming him Governor of Wales.

To celebrate becoming a Knight of the Garter Sir Rhys held a tournament at Carew Castle in Pembrokeshire. Called 'The Great Tournament', this extravagant entertainment lasted 5 days and is thought to be the last authentic medieval tournament held in Britain (though the 13th Earl of Eglinton famously hosted a medieval-style tournament in 1839 at Eglinton Castle in Ayrshire).

Sir Rhys also fought for Henry VIII in his 1513 invasion of France. When Sir Rhys died in 1525 he was laid to rest at the Church of the Grey Friars in Carmarthen. His second wife Janet, who died in 1535, was later buried beside him. When the friary was dissolved by Henry in 1538 the richly carved altar tomb and alabaster effigies were moved to St Peter's.

A large mirror is suspended above the Thomas tomb so that visitors can get an extremely good view of the two effigies from above.

Another memorial in the chancel is that of Walter Devereux, 1st Earl of Essex (d. 1576), father of Elizabeth I's favourite Robert Devereux. In the chancel is an elegant memorial to Edmund Meyrick (d. 1713) vicar and local benefactor, who established a charity school and left money for scholarships at Jesus College in Oxford.

In the churchyard is the tomb of General Sir William Nott (d. 1845), a veteran of campaigns in Afghanistan and India. Sir William's father famously owned an inn at Carmarthen with a sign outside the entrance saying 'Come in, eat, drink, be merry and pay Nott'! After Nott's death a statue of him was erected in the market square, which was then renamed Nott Square. The bronze statue was made from cannons captured at Battle of Maharajpur.

The organ is worth noting; it was built for the royal chapel at St George's at Windsor Castle, but George III had a change of heart and in 1796 he gave it instead to St Peters.

Getting to St Peter's is very easy. The main parking area for central Carmarthen is directly opposite the churchyard. Just follow the signs for Priory Road parking and you will be there. 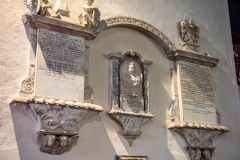 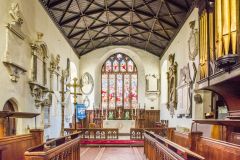 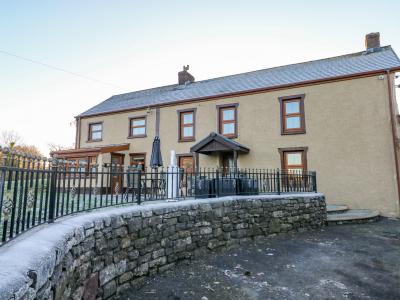