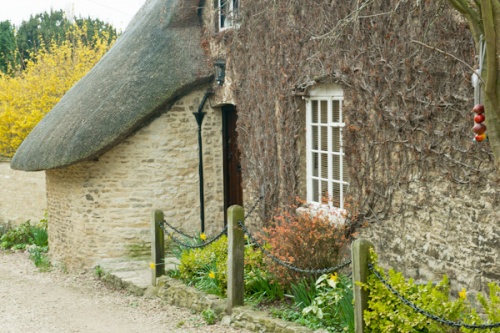 A thatched cottage in Islip, Oxfordshire

The little village of Islip has a big history. Islip stands at an ancient ford on the River Ray, near the edge of the Bernwood Forest, where Saxon kings had a royal hunting lodge. The proximity of the royal lodge probably explains why Edward the Confessor was born at Islip, around the year 1005.

When the saintly King Edward built the Abbey of St Peter at Westminster (known to history as Westminster Abbey) he bestowed it with lands and buildings at Islip, his birthplace. Thus began a long-standing connection between the Abbey and Islip; even today Westminster Abbey still has the right to nominate rectors of St Nicholas church in Islip.

John Islip was Abbot of Westminster from 1500-1532 and was responsible for enlarging the abbey church. It seems likely that this Abbot John was a native of Islip village.

A later prebendary of Westminster Abbey named Dr Robert South rebuilt the chancel of the parish church at Islip after it was destroyed by fire in the Civil War. He also built a grand new rectory and endowed the local school. Three later deans of Westminster were also rectors of Islip. The last of these, William Buckland, served as the first professor of geology at Oxford University.

We mentioned the parish church of St Nicholas. The oldest part of this sizeable building dates to about 1200, but most of the current building is the result of a major rebuilding in the 14th century and a further Victorian restoration. The lovely west tower is 15th century and is a very fine example of Perpendicular architecture.

To the north of the churchyard is the rumoured site of a chapel built by the monks of Westminster Abbey for Edward the Confessor. In 2005 the Time Team television show undertook an archaeological dig to attempt to find evidence of the Confessor's shrine. They were unable to find the shrine, but they did find the foundations of a huge manor built by Abbot Curtlington in the 14th century. 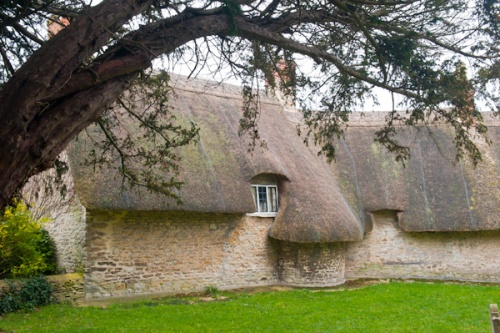 More thatched cottages by the churchyard

The manor site can be seen off the end of North Street, where the Oxfordshire Way footpath leads across farm fields. Though there are no visible stone foundations, the outline of the manor buildings can easily be seen as very clear undulations in the ground.

By the 17th century, Islip's status rose as the village was on a major transportation route into Oxford. For that reason, the river crossing at Islip was considered of major strategic importance by Royal and Parliamentary forces during the Civil War.

The village changed hands several times until Cromwell finally took control after the decisive Battle of Islip Bridge on 23 April 1645. Cromwell occupied Islip throughout the siege of Oxford in 1646. It was also held by government troops during the 1685 Monmouth Rebellion, to ensure the western approach to London.

During the 18th century, Islip was an important staging post on the main coaching route between Worcester and London, and there were at least 6 inns at one time, a remarkable number for a village of this size. The coming of the Oxford Canal in 1790 led to a sudden downturn in Islip's fortunes, though this was briefly revived when a railway station was built here in 1850.

The connection with Westminster Abbey is very much in the forefront of village consciousness - when I visited the village there were numerous signs publicising a charity bicycle ride from Islip to the Abbey in Westminster.

Islip is a wonderfully attractive village with numerous historic buildings, some of them prettily thatched. 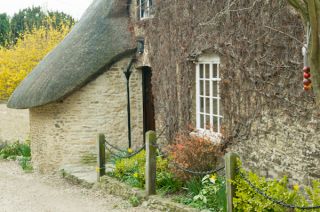 More self catering near Islip >>

The Angel Restaurant with Rooms - 10.6 miles
Aylesbury, Buckinghamshire
Stay from: £70.00

More bed and breakfasts near Islip >>