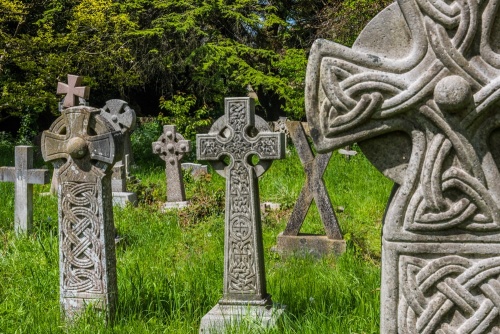 Holywell Cemetery is an Oxford treasure, a hidden gem located a short stroll from Broad Street yet often overlooked by visitors to Oxford.

By the early Victorian period, Oxford's burial grounds were full, a consequence of the city's growth in population in the early 19th century. The situation was made worse by a deadly cholera outbreak in the 1840s. To deal with the shortage of burial space, three new cemeteries were created on the edge of the city, at Osney, Jericho, and Holywell.

These new cemeteries were not attached to churches; they were, in effect, overflow burial grounds for parishes in the west, north, and east of the city. 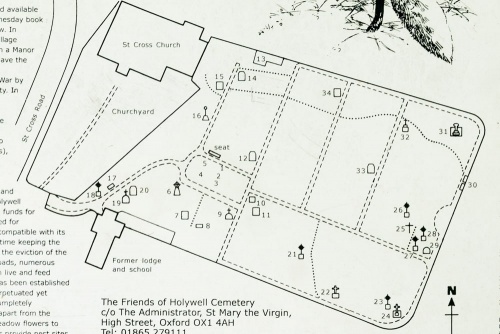 In 1847 Merton College gave a plot of land adjoining the churchyard of St Cross Church to serve as a burial ground. This new cemetery was completely separate from the church's own graveyard and had its own entrance just south of the churchyard wall on St Cross Road.

The churchyard also had its own chapel, but this was later pulled down to make room for more burials. Still standing is the lodge, just to the right as you enter the cemetery.

Because of its close connection with several Oxford University colleges, Holywell Cemetery has a large number of graves of people, some famous, associated with the University. 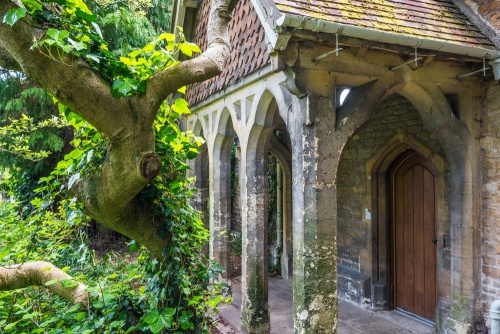 There is a very useful information board beside a bench, next to the main path. The information panel has a handy map of the cemetery with notable graves marked and numbered. This map is invaluable for finding some of the most historically important graves.

Holywell Cemetery has been made a wildlife refuge, and for that reason, the grass is kept unmowed in large areas of the grounds, aside from the main paths. Small mammals can often be spotted in the cemetery, including muntjac deer and foxes. Pheasants sometimes nest here, and butterflies are common on sunny summer days. 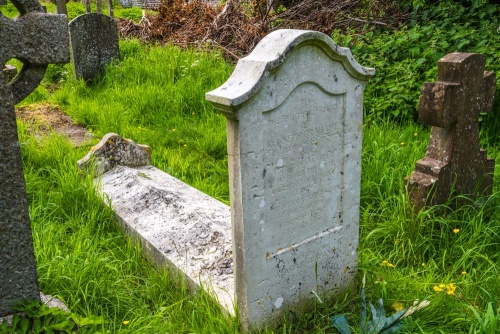 Perhaps the most famous person buried at Holywell Cemetery is Kenneth Grahame (1859-1932), author of The Wind in the Willows. Graham's grave is to the right of the path as you enter the cemetery.

The epitaph was written by his cousin, Anthony Hope, and reads, 'To the beautiful memory of Kenneth Grahame, husband of Elspeth and father of Alastair, who passed the river on the 6th of July, 1932, leaving childhood and literature through him the more blest for all time.' When we visited, there were small offerings on the grave, including coins and flowers. 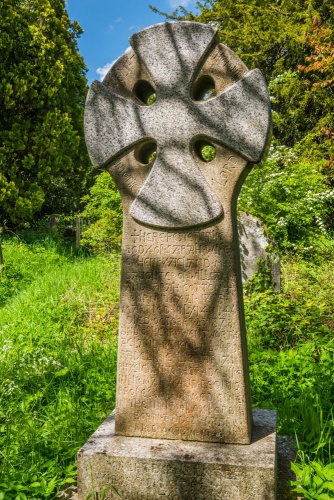 Another well-known grave is that of Sir Henry Wentworth Dyke Acland, 1st Baronet, and his wife Sarah Acland. After Sarah's death in 1878, Henry Acland founded the Acland Home, a private hospital at the south end of the Banbury Road.

Theophilus Carter (1824-1904) was an Oxford cabinetmaker and furniture dealer whose eccentric behaviour and appearance is thought to have been the inspiration for the Mad Hatter illustration in Lewis Carroll's 1865 children's book, Alices Adventures in Wonderland. Carter may have a servitor at Christ Church, where it is possible that he met Carroll, a lecturer in mathematics.

Carter is also said, though without proof, to have invented The Alarm Clock Bed, an ingenious mechanical bed that tipped its sleeping occupant into a bath of cold water at a set time. Two versions of this type of bed were exhibited at the Great Exhibition of 1851. 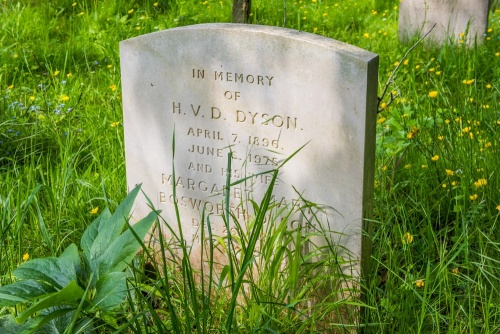 Two members of the Oxford writers' group known as The Inklings are buried here. The most well-known is Hugo Dyson (1896-1975), Dyson, with input from fellow Inkling JRR Tolkein, helped convert CS Lewis, another member of the group, to Christianity. He disliked Tolkein's The Lord of the Rings, and his loud objections to the book convinced Tolkein to cease public readings at Inklings gatherings. 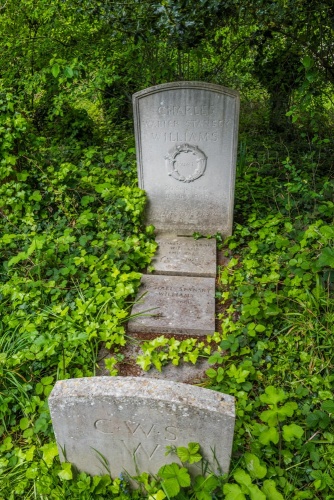 The other member of the Inklings to be buried at Holywell is Charles Williams (1886-1945), a poet, novelist, playwright, and critic. He is best known as a novelist and has been described as one of the most important Christian fantasy writers of the 20th century.

Another novelist is Margaret Louisa Woods (1855-1945), buried beside her husband, Henry George Woods, the President of Trinity College. 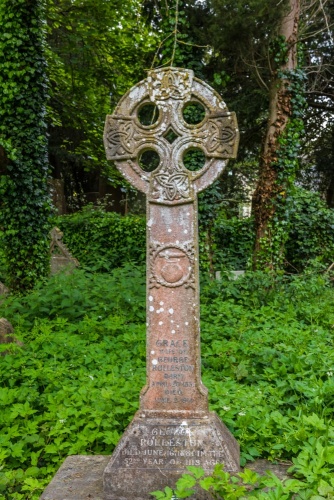 The sciences are well represented at Holywell by George Claridge Druce (1850-1932), a botanist and Mayor of Oxford, and George Rolleston (1829-1881), an evolutionary biologist and physician. Rolleston was a firm supporter of Charles Darwin's theories on evolution, which often made him a target for attacks in the public press. His anthropological collection is now in the Ashmolean Museum, and there is a bust of Rolleston in the Museum of Natural History.

Not surprisingly, many of the people buried at Holywell Cemetery were linked to Oxford colleges. Thomas Herbert Warren was the President of Magdalen College, Lord Redcliffe-Maud served as the Master of University College, and John Rhys was the Principal of Jesus College, to name just a few.

Perhaps the most important religious figure buried here is William West Jones (1838-1908), who became the second Bishop and the first archbishop of Capetown, in South Africa. 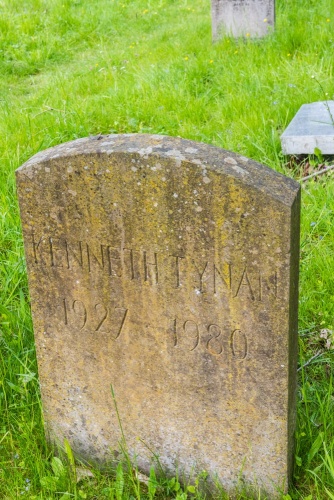 These are just a few of the more interesting graves, but there are many more listed on the information panel by the main path.

There are also three graves maintained by the Commonwealth War Graves Commission, including a pair of British army officers from WWI and an RAF officer from WWII.

The cemetery is managed by a charity, the Friends of Holywell Cemetery, who are also responsible for fundraising to keep this historic site in good order and open to the public. The FHC have a very useful online guide to the cemetery and its major graves.

The Holywell Cemetery entrance is immediately south of St Cross churchyard on St Cross Road. The entrance is set well back from the road and is easy to miss. Our family walked past it the first time we visited without realising it was there.

From the eastern end of High Street take Holywell Street past the New College entrance. at the end of the street, turn left and follow St Cross Road north. Cross the road to the east side, and keep going until you see the churchyard (partly hidden by foliage when we visited in summer). 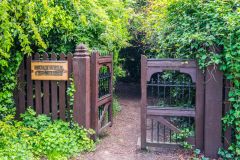 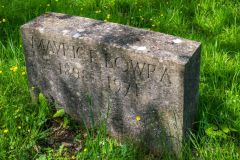 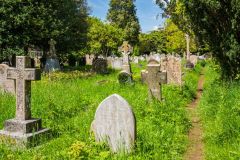 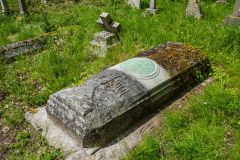 More self catering near Holywell Cemetery

The Angel Restaurant with Rooms - 10.6 miles
Aylesbury, Buckinghamshire
Stay from: £70.00