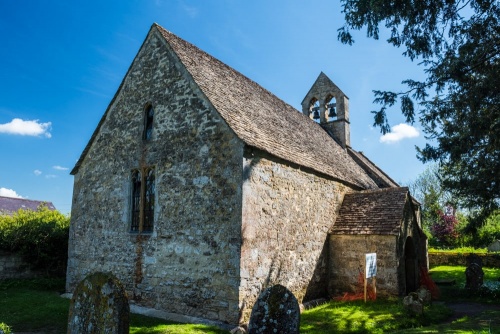 Binsey is a small hamlet on the west bank of the River Thames, immediately east of Oxford. Down a quiet rural lane north of the village centre stands the 12th-century church of St Margaret, built on the site of a Saxon church linked to St Frideswide, the patron saint of Oxford, who established an oratory here in the early 8th century.

Frideswide was the daughter of a Christian nobleman and is thought to have been born around AD 680. A Mercian prince named Algar wanted to marry Frideswide, but she rejected his advances and fled. She hid for three years at Binsey, where she worked as a swineherd while Algar searched for her in vain.

When Algar was blinded by lightning, Frideswide prayed to St Margaret of Antioch to come to his aid. A holy well appeared, just outside the west end of the present church, and Frideswide used the well water to cure Algar's blindness.

Another version of the tale, however, says that Algar fell from his horse and was killed and that the well appeared after the nuns of Binsey complained of having to carry water all the way from the River Thames. 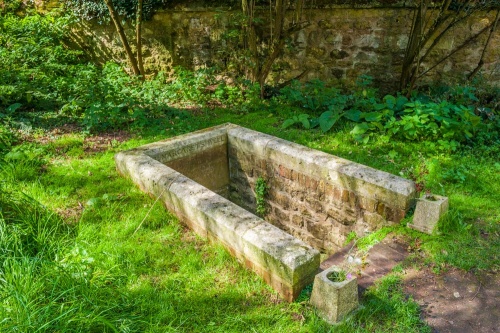 The well, though named for St Margaret, to whom the church is dedicated, was originally dedicated to St Frideswide.

The wellhead is below ground, approached by four stone steps that lead steeply down to a flat area in front of a triangular stone opening. The upper part of the retaining walls appears to be a Victorian restoration carried out in 1874, and there is an inscription above the triangular opening from the restoration, with the words:

The base of the holy well, including the triangular wellhead, may of original medieval date. 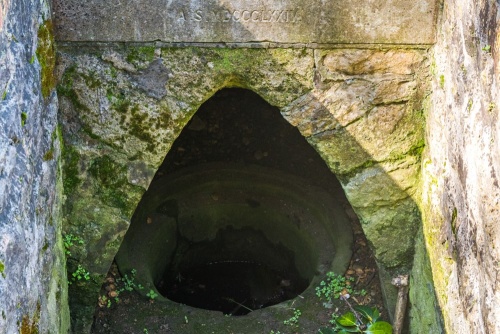 What, you might wonder, is the connection between a medieval holy well and Lewis Carroll's imaginative tale, Alice's Adventures in Wonderland? Carroll, who was a lecturer in mathematics at Christ Church College, based many of the stories on local people and places.

He seems to have used St Margaret's Well as the inspiration for the 'treacle well' that appears in a story related by the Dormouse during the Mad Hatter's tea party. According to the Dormouse, three sisters lived at the bottom of a treacle well.

There is an element of truth in the story; during the medieval period, the word treacle had a very different meaning than it does today. Our word treacle came from the ancient Greek term 'theriac' and could mean a healing liquid or panacea. During the Middle Ages, pilgrims flocked to St Margaret's Well, drawn there because the well waters were said to have healing properties. It was, therefore, a treacle well; healing well.

Even today, regular services are held at the well, carrying on the medieval tradition. 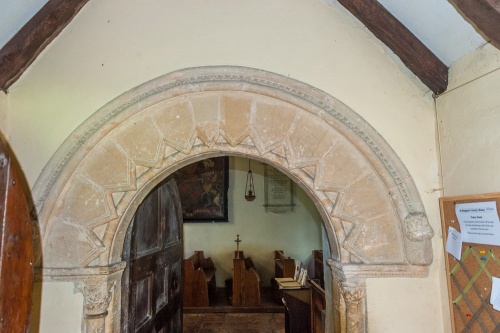 So popular was Binsey's holy well that Henry VIII is said to visited. The press of people coming to the well was so great that 'the very pavement was worn away by the knees of pilgrims.' Cripples cured by the well waters hung their crutches inside the church as a reminder of their cure.

A Saxon church associated with the holy well stood on this site until the 12th century, when Binsey came under the control of St Frideswide''s Priory, which later evolved to become Christ Church Cathedral. It was presumably the priory that built the Saxon building in the form we see today. 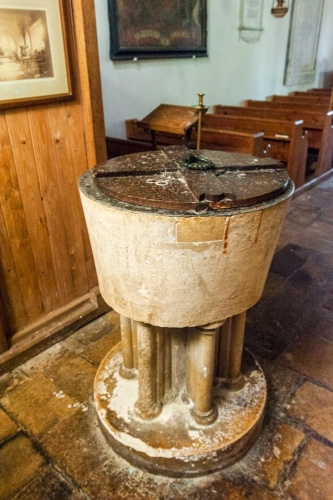 The oldest part of the church is the south doorway, with its carved Romanesque arch decorated with traditional zig-zag carvings and dog-tooth decoration. The doorway also features 12th-century carved capitals.

It seems likely that the chalice-shaped font inside the church is also of 12th-century date.

The 12th-century church was almost entirely rebuilt in the 13th century, reusing the original limestone rubble. The chancel arch dates from this 13th-century rebuilding as does the piscina and a lancet window in the chancel. Look for the chancel arch corbels, carved in the shape of knots.

There are fragments of reassembled medieval glass in the east window, including what appears to be a figure of St Margaret of Antioch and the martyrdom of St Thomas Becket. 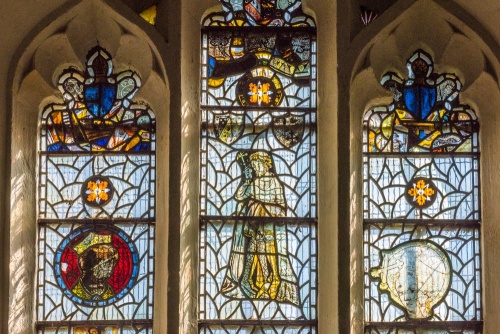 The chancel roof may also be 13th century, as is the double bellcote over the chancel arch. The porch is likely to be 13th-century work, as is a blocked north door that once led to the monastic buildings. Most of the nave windows were inserted in the 14th and 15th centuries.

TJ Prout, who served as vicar from 1859-1891, gave the priest's stall and pulpit, with its beautiful relief carving of St Margaret defying a dragon. Also on the pulpit are carved panels with the arms of Christ Church and St Frideswide. Prout was responsible for restoring the holy well, which had fallen into decay.

The wooden reredos behind the altar comes from a convent in Littlemore, which closed down in 1949. 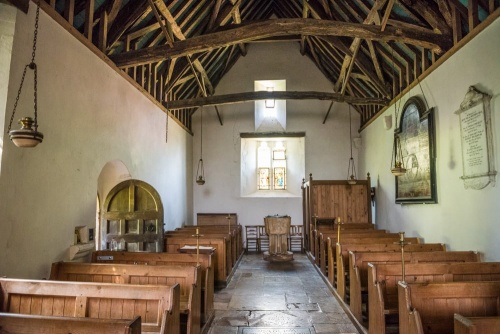 There is only one memorial of note inside the church, dedicated to the Tawney family, including Richard Tawney (d 1756), who served as a mayor of Oxford.

On the north wall, opposite the entrance, is a painted wooden coat of arms from the reign of Queen Anne (1702-1714). The official church guidebook suggests that this oversized coat of arms may have come from the Cathedral.

In the churchyard are memorials to generations of the Prickett family, who lived for many years at the farmhouse just beyond the churchyard. One of the Pricketts acted as the governess for Alice Liddell, for whom Lewis Carroll invented Alice's Adventures in Wonderland.

There are two main ways to visit Binsey. One is to take the Thames Path, which follows the course of the River Thames north from Oxford. From the Thames Path, take the signposted footpath towards the Perch Inn, a wonderful pub, and bear right down the lane, past a row of whitewashed cottages. It seems as if you are lost in the depths of the countryside, heading nowhere, but keep following the lane as it curves north and you will come to the shaded churchyard.

If you're coming by car, take Botley Road (A420) west from the city centre, and turn north on a lane known as Binsey Road. Go slow! The lane is quite narrow in places. Continue north for just over a mile and you will see the Perch off to your right. Keep straight on, bearing left to pass the whitewashed cottages.

The lane is very narrow here, but, thankfully there are few vehicles. You will see a rough parking area to the right, large enough for 2-3 cars, just before you reach the drive for Church Farm House. The churchyard is in the trees to the left of the drive.

St Margaret's Church is an oasis of peace and well worth a trip to see. We've visited several times, both on foot from Oxford and by car. As far as we can determine, the church is always open to visitors. 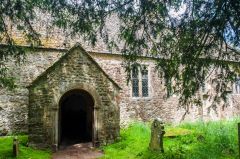 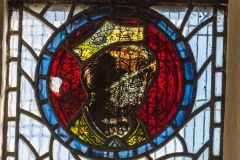 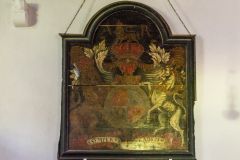