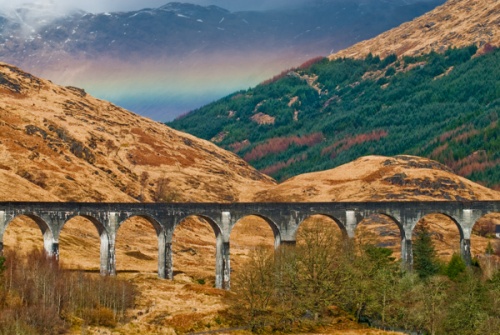 A rainbow over the Glenfinnan Viaduct

The viaduct describes a huge arc across the glen, well inland of the Monument but still within sight of the loch.

The engineers were Robert MacAlpine and Sons, who built to a design by architects Simpson and Wilson. MacAlpine decided to build the viaduct from concrete, as a cheaper alternative to stone or steel. The viaduct curves 240 metres and reaches 30 metres above the streambed below it.

The arches are on a 15-metre span (50 feet). The design is completely utilitarian; there is no decoration or ornamentation at all; a rarity among Victorian engineering projects!

A tradition says that a horse and cart fell into one of the hollow piers and were buried when concrete was poured into the space. This is apparently untrue, though may indeed be true of the Loch nan Uamh Viaduct further west. 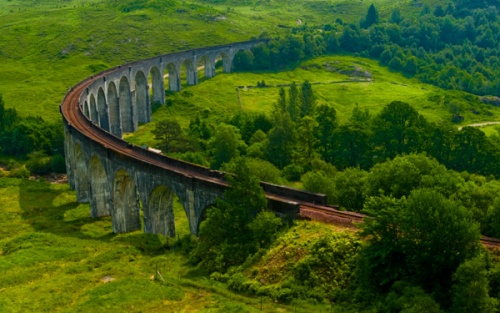 The Viaduct from above

It seems quite likely that the great curve of the viaduct was placed to give the best possible view to the striking Glenfinnan Monument on the loch shore.

For the ultimate experience, though, you can take the Jacobite Steam Train from Fort William to Mallaig. The train makes daily trips during the summer months.

The viaduct is in a quite exceptional setting, just up the glen from the head of Loch Shiel. It truly is one of the most beautiful locations in all of the Highlands. 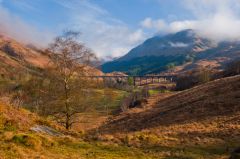 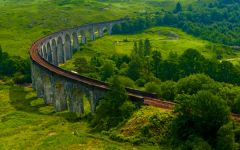 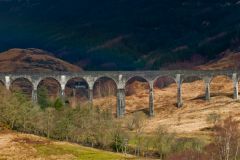 Nearby accommodation is calculated 'as the crow flies' from Glenfinnan Viaduct. 'Nearest' may involve a long drive up and down glens or, if you are near the coast, may include a ferry ride! Please check the property map to make sure the location is right for you.

More self catering near Glenfinnan Viaduct >> 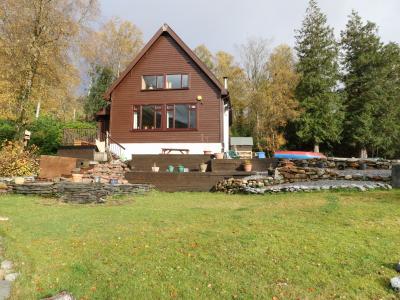 This detached cottage rests in Glenfinnan, near Corpach, Scotland and can sleep six people in three bedrooms.
Sleeps 6