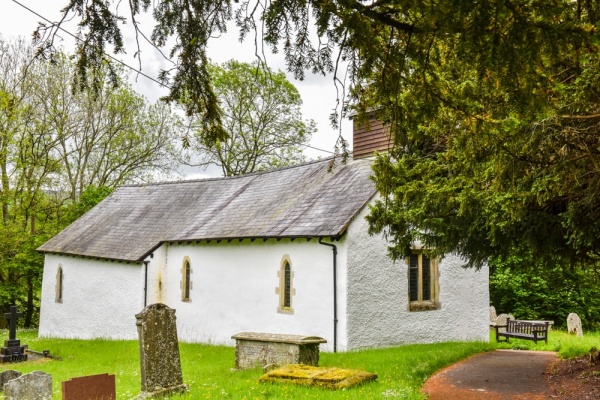 We do not know exactly when St David's church was built, but it was mentioned in a 1291 document detailing church taxation. The presence of a simple Norman tub font suggests an early medieval date, but the font is the only relic of the Norman period to survive. It is rather crudely carved, looking somewhat like a truncated chalice, without any obvious decoration on the exterior of the bowl.

The other major historical feature is the late medieval wooden chancel screen, similar in style to other screens around Radnorshire. There are three panels on either side of a central opening, with trefoil tracery in each panel. On the north wall of the chancel are fragmentary remains of a wall painting that may represent the Ten Commandments.

The church was heavily restored in 1903 and in the process any other historic features were lost. There is only one notable memorial, a mural tablet in the chancel dated to 1822. In the churchyard are several table tombs, with the earliest known date of 1777.

The church setting is simply wonderful, deep in the countryside, accessed by narrow country lanes. There is no obvious place to park, but we managed to pull off the road immediately past of the bridge, on the west bank of the river. You have to walk across a field to reach the church, which stands in an isolated position behind a low stone wall. The church was open when we visited. 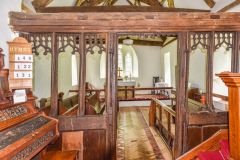 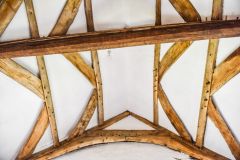