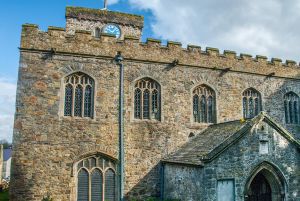 St Mary's is a large 13th century church with wonderful corbel carvings and a 15th century tie-beam roof.
History
St Mary's was built in the first few years of the 12th century, around the same time as the nearby Norman castle. In 1188 Geraldus Cambrensis accompanied the Archbishop of Canterbury throughout Wales on a campaign to raise support for a Third Crusade . Gerald records a great assembly to hear the Archbishop speak, either in St Mary's or very close by. The church lay close to one of the main pilgrim's routes to St David's Cathedral, and a reminder of this is the effigy of a pilgrim at the west end of the church.

The church was damaged by Llewelyn the Great in 1220, but rebuilt and extended with two porches, a north aisle, and a tower. Sometime around this period St Mary's and the other 2 parish churches in Haverfordwest were granted by Robert of Haverfordwest to the Augustinian priory that was founded here around 1200 AD. There was a close link between Priory and church throughout the Middle Ages. The Priory was dissolved at the Reformation and eventually passed to Elizabeth I and eventually to the Town Corporation.

During the Tudor period the church was enlarged and grew in importance as the Guildhall was built just east of the church. The Council held meetings in a chamber above the north porch, and a market was held in the churchyard. The close ties between the church and the burgesses of Haverfordwest is reflected in the large number of ornate 17th century memorials to merchants, mayors, and public officials inside the church.

Visiting
I was blown away by the amazing quality and diversity of the carvings inside St Mary's church. From the outside the church appears hemmed in, crammed into its little ecclesiastical oasis by the encroaching modern buildings that surround it. But inside, oh my! The wealth of medieval carving is simply magnificent, making St Mary's one of the most satisfying churches to visit in southern Wales. 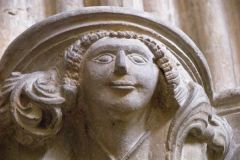 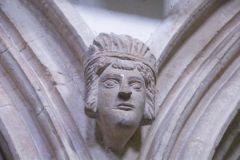 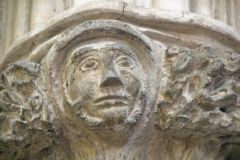 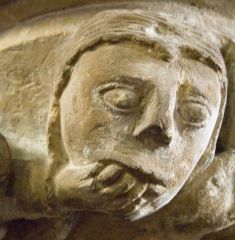 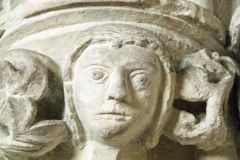 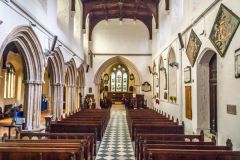 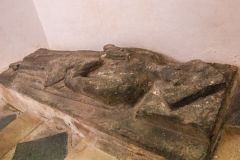 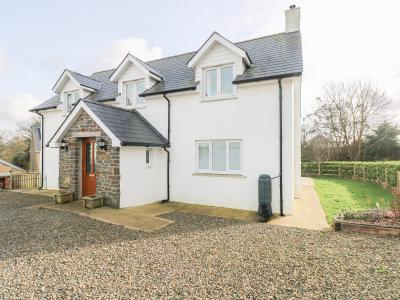