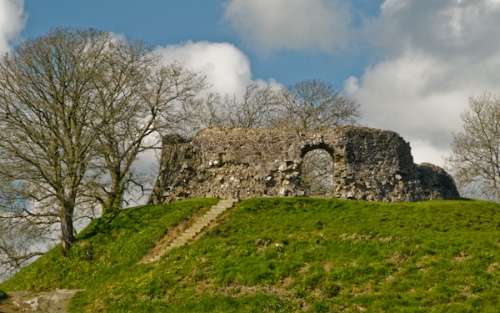 Wizo the Fleming, from whom Wiston takes its name, took control of the lordship of Daugleddau around 1100. In 1130 he built the motte across the pre-existing Iron Age earthwork. The earthwork enclosure was then used as the boundary defence for a medieval borough. The native Welsh attacked Wiston Castle in 1147, and again in 1193.

On the latter occasion the Welsh leader Hywell Sais took Philip fitz Wizo and his family prisoner. Llewelyn the Great captured Wiston in 1220. Wiston was then abandoned in favour of Picton Castle. Sometime after this the earlier borough was moved outside the earthworks to its present site nearby.

The castle first appears in historical records in 1147. It had a short lifetime, for it is recorded as destroyed in 1220. The castle consists of an earthwork enclosure measuring 130 metres by 90 metres, surrounding a large conical motte, about 50 metres in diameter, rising 7 metres high and reached by a set of 46 steps. 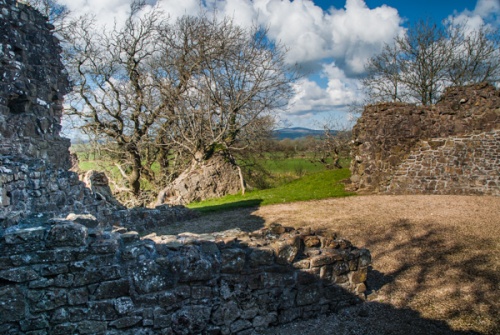 A ruined stone shell keep stands atop the impressive motte. It is possible that the earthworks predate the mound, and may date to the Iron Age. Limited excavations near the motte have turned up Romano-British pottery.

The ruins of the castle may have been used by Parliamentary troops on their way to the battle at nearby Colby Moor in 1645. Dead from the battle are buried in the churchyard at Wiston, opposite the castle.

Wiston is remarkable. The motte, set within earthworks and punctuated with the later stone keep makes an almost picture perfect example of a Norman motte and bailey fortification. The combination of castle, church, civilian settlement, and manor house (now a farm) make Wiston a wonderful example of an early medieval village scene.

The site is open at any time, and very easy to access from the nearby road. The church was open when we visited the castle and I highly recommend popping in for a look around. 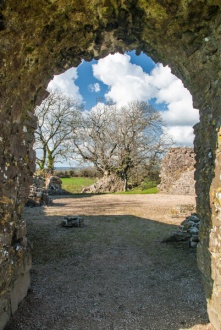 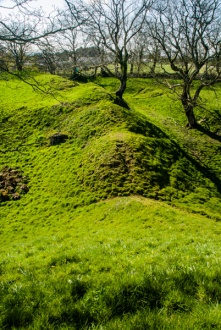 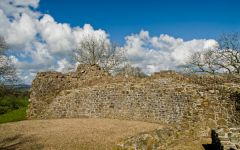 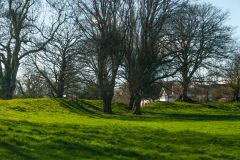 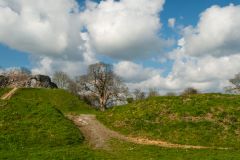 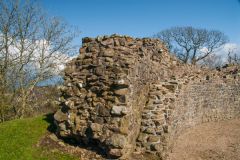 More self catering near Wiston Castle >> 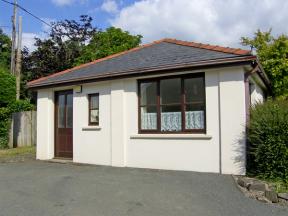 This cosy cottage is located near to the village of Clarbeston Road near to Haverfordwest and can sleep two people in one bedroom.
Sleeps 2