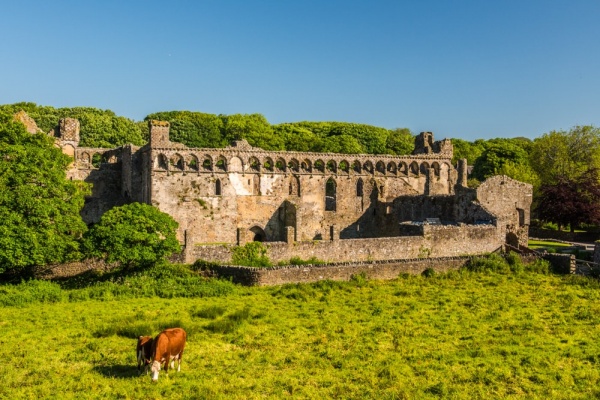 The 14th-century residence of the powerful Bishops of St Davids stands in a meadow setting beside St David's Cathedral. The Palace was built between 1328-47 by Bishop Henry de Gower. The great hall porch is the most highly decorated part of the ruins and an arcaded parapet decorate many of the ruined buildings.

In the late 6th century St David established a monastery here on the south-western tip of the Pembrokeshire peninsula. Over the ensuing centuries, David's monastery was a centre for training missionary monks, who travelled throughout Wales, Ireland, and south-west England. After David's death, his shrine became a popular place of pilgrimage.

Unfortunately, the exposed location of the monastery made it an easy target for raiding Norse seafarers. Over the 4 centuries following David's death in AD 601, the Norse sacked the monastery on at least 10 occasions. But the most serious threat to the monastery was not from the Norse, but from the Norman invaders who came by land following the Norman Conquest of England in 1066. The Normans gradually conquered southern Wales and established their own bishops to replace the Welsh.

The bishops established a grand residence immediately beside the cathedral. But the Normans were no fools; they realised that St David's was vulnerable to attack by sea. They built a motte and bailey fortification on the site, but this was later abandoned in favour of an encircling stone wall around the cathedral and bishop's palace. 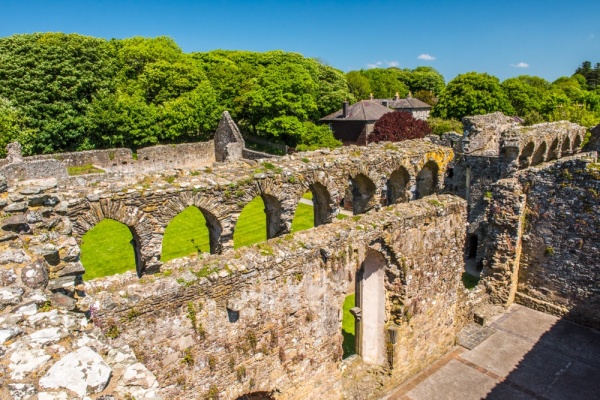 The Bishops of St David's were much more than spiritual leaders. Aside from appointing priests and supervising ecclesiastical matters across the huge diocese, they had to judge disputes and administer vast estates. The diocese took in turbulent border regions, so the Bishop of St Davids was also a Lord Marcher, responsible for keeping the peace and acting as a military leader if the need arose.

Lord Marchers were trusted allies of the English monarch and in return for their military role they were given extraordinary powers in their regions, acting as de-facto rulers. The Bishop had the right to hold weekly markets and annual fairs on his estates. Tolls from these markets and fairs were a major source of income.

Around 1280 Bishop Thomas Bek began an ambitious program of building beside the cathedral. Though Bishop Bek greatly enhanced the early Norman palace, it was down to a later Bishop, Henry de Gower (1328-1347) to create the great palace we see today.

Bishop de Gower added a grand Great Hall to the complex, notable for its arcaded parapet and eye-catching wheel window set in the east gable. His work included a chapel and a private suite of apartments. It is interesting to see the difference between the east range - the bishop's private quarters - and the south range - very ostentatious, public rooms. Bishop de Gower also created the grand entrance gate that is one of the Palace's most striking features.

Beside the great hall was Bishop de Gower's Great Chamber, built to impress visitors. It had large windows to illuminate the interior and a fireplace in the cross-wall that separated the chamber from the neighbouring great hall. To one side of the chamber was a specially built tower housing a private garderobe; it was an early form of an 'ensuite' privy. After Bishop de Gower's death in 1347, the Great Chamber and Hall were used less, as later Bishops preferred to spend time at their other estates or at the official residence in London. 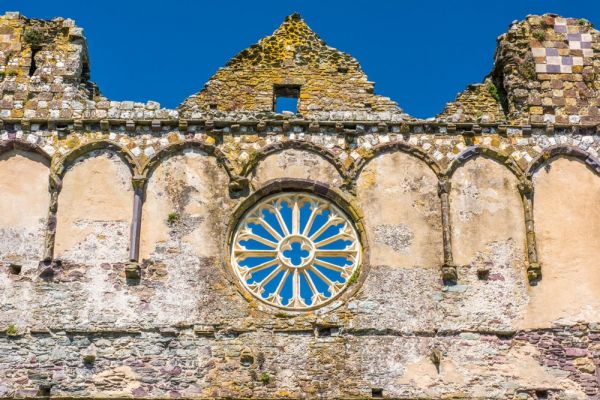 Bishops only visited St David's occasionally to celebrate important religious feasts such as Easter and Christmas. At other times they were more likely to reside at Lamphey Bishop's Palace about 20 miles to the east. Bishops also sat in the House of Lords in London so they regularly spent time in the capital.

Though subsequent bishops altered the layout here and there, the palace we see today is essential 13th and 14th-century work. After the Reformation the palace buildings were allowed to fall into disrepair.

The gatehouse remains, and houses an exhibition on the history of the site, and long sections of the encircling wall still stand. Though most of the buildings inside the walls are roofless, they are still impressive, especially the great hall and Bishop Gower's arcading and wheel window. One of the most distinctive features is the wonderful chequerboard stonework.

The site is now in the care of CADW, and it is often used for open-air theatrical performances. What a setting! The combination of the cathedral and palace make St David's an absolutely wonderful historic treat.

There is a pay and display parking area on Pit Road, a very short walk away. The parking area is well signposted from roads through St David's. As you walk from the car park to the Palace you will often see cattle grazing peacefully in the meadow in front of the Palace ruins. It is an idyllic and timeless sight. 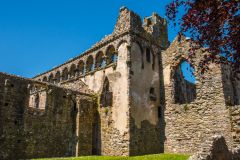 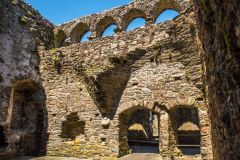 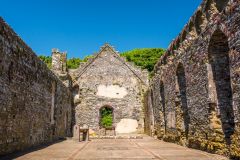 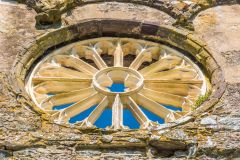 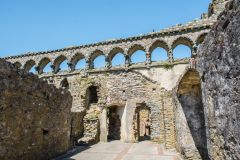 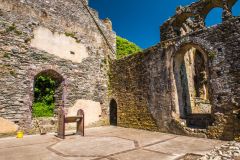 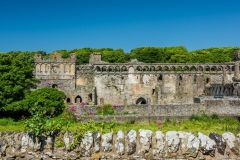 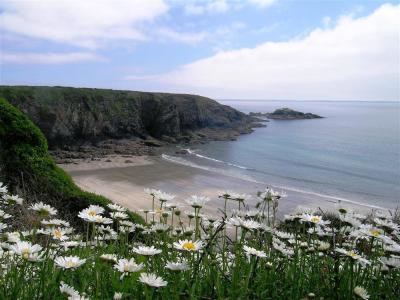 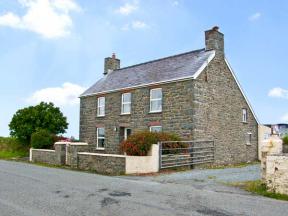 Sleeping up to seven in four bedrooms, this spacious cottage is in Croesgoch, 10 miles from St Davids.
Sleeps 7