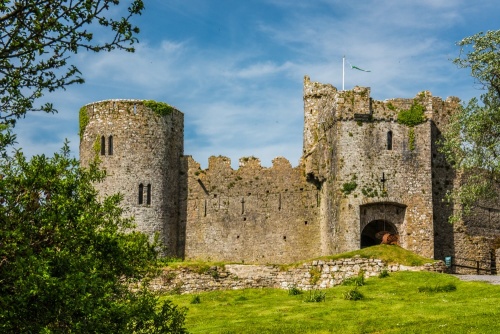 When the Norman invaders of Wales successfully subdued Pembrokeshire they divided up the newly conquered territory amongst the nobles who had led the fight. One of those nobles was Odo de Barri often Anglicised as Barry), who in 1093 was granted lands at Manorbier, south east of Pembroke, along with estates at Begelly and Penally.

Odo built a fortress of timber and earth to control his new territory. That timber fortress was gradually replaced by a stone structure by his son, William.

The castle is composed of a rectangular curtain wall on top of a natural promontory, with a mix of round and square towers punctuating the wall. The castle was set within a dry moat leading to an outer ward, defended by earthworks. The tower gateway was fitted with a portcullis and huge doors.

The most impressive part of the inner ward is the domestic range, with a Great Hall built shortly after 1140. Unlike many Welsh castles, the hall keep was not a separate structure, but was built into the curtain wall. Next to the hall, along the south wall of the castle's inner ward, were the buttery and pantry, kitchens, and ovens. Over the buttery you can see what remains of the solar, or family quarters. Facing the inner ward is a dovecote, with nesting boxes for hundreds of pigeons. 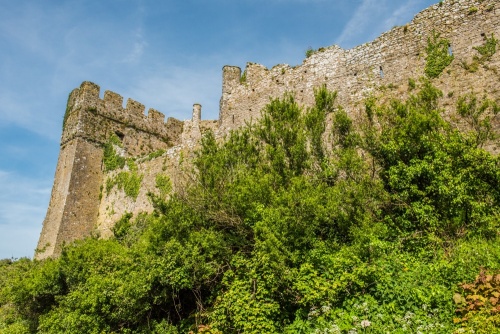 The exterior of the curtain wall

Another highlight is the chapel, added around 1260. The chapel features a 13th-century piscina and sedilia, or seat for the priest, and extremely fine vaulting with plasterwork detail, and you can still see traces of the original medieval wall paintings. Beneath the chapel is a sub-chapel, a vaulted chamber set into the earth, with a large Elizabethan fireplace.

Odo's fourth son, Gerald, was born at the rudimentary castle in 1146 and grew to become one of the most famous scholars and writers of the medieval world. Known to history as Geraldus Cambrensis (Gerald of Wales), he wrote historical chronicles and descriptions of medieval life that together make up some of our best sources on the medieval history of Wales and the medieval church. Gerald was related on his mother's side to Princess Nest, the 'Helen of Wales'.

Gerald must have loved his birthplace, for he wrote in later years 'In all the broad lands of Wales, Manorbier is the most pleasant place by far'. He also gives a very complete description of the castle, extolling its 'excellently well defended turrets and bulwarks', and its 'salubrious air'. 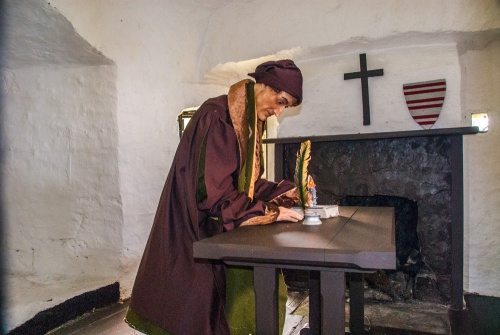 We do not know for certain, but Gerald was probably born in the family's solar, or private quarters, the ruins of which can be seen above the buttery on the south wall. You can still see the windows and fireplace that helped make the solar a comfortable family room, at least by the standards of the times.

In 1327 Richard de Barri attacked his own castle during a family squabble over inheritance of the estate.

The De Barris owned Manorbier until 1359. After that time the castle changed hands with bewildering frequency, until eventually becoming crown property in the late 15th century. By the reign of Elizabeth I the castle was recorded as ruinous. Small wonder, then, that the crown sold the manor to the Bowen family of Trefloyne.

Manorbier's decline accelerated during the Civil War period. The Bowens family supported the Royalist cause, and Parliamentary troops attacked and captured the castle. The did not want Manorbier to be held against them in future so the castle was 'slighted'; damaged so that it would be of no practical military value.

The Bowens sold Manorbier to the Philipps family of Picton Castle in 1670. The Philipps family held the castle for 2 centuries before leasing it to JR Cobb in 1880. Cobb was fascinated by castles. He was an avid antiquarian and was responsible for restoring several medieval castles in Pembrokeshire.

It was Cobb who reversed the decay and neglect of centuries by beginning to restore the castle. He laid out wonderful picturesque gardens in the inner ward, and restored the chapel, gatehouse, and round tower to a useable state.

Huge hearths are set against the south and west walls. The hearths rise to ornate Flemish chimney stacks. The hearths were probably not used for preparing food, but for forging metal. 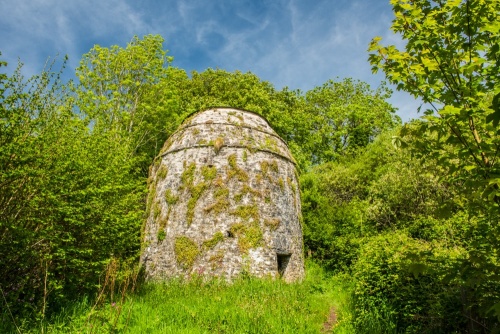 A short walk from the castle brings you to a striking 13th-century dovecote, half-hidden by trees. The dovecote is built in a cylindrical shape, rising to a conical roof. The dovecote was used to provide fresh meat and eggs to the castle residents and had nesting boxes for 250 birds.

Doves and pigeons laid a pair of eggs roughly six times a year. The young birds were eaten at about 4-6 weeks old when they were considered plump enough to make a good meal. Servants used ladders to collect birds from the upper nesting boxes.

All the birds were owned by the lord of the manor, and he protected his rights vigorously. Anyone caught stealing eggs or birds from the dovecote could expect to receive a very severe sentence. It was not just the theft, it was the fact that raising the birds was considered a privilege of rank, so any attempt to steal an egg was tantamount to rebelling against the social order.

The Lords of Manorbier not only raised pigeons for food but for medicinal purposes as well. Pigeon blood was considered useful to treat bloodshot eyes, and it was also thought that a mixture of watercress and pigeon dung would help cure baldness. 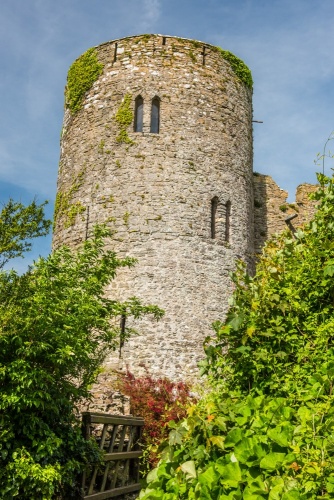 The location is one of the most appealing features of Manorbier. The castle occupies a fantastically scenic position overlooking a sheltered beach, with fabulous coastal views. The location was one of the reasons Manorbier was chosen to represent Cair Paravel in the BBC television version of CS Lewis' classic, 'The Chronicles of Narnia' (not the 2005 film version).

On a rise facing the castle is the striking medieval parish church of St James, well worth the short walk to explore. You can also make out the remains of the castle's medieval fishponds.

Manorbier Castle is open daily. It is, without doubt, one of the most enjoyable Welsh castles I've had the pleasure of visiting. The location is superb, and the combination of the restored medieval rooms and the castle gardens make it an unforgettable place to visit. It baffles me why Manorbier is not better known, but I highly recommend a visit. 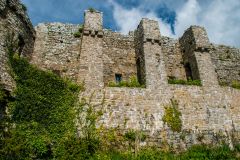 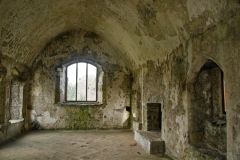 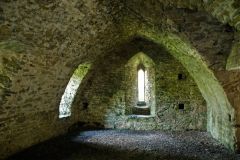 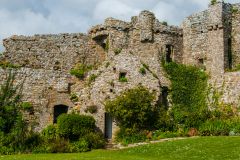 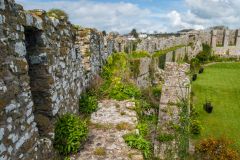 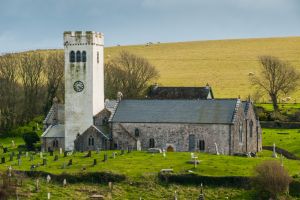 More self catering near Manorbier Castle