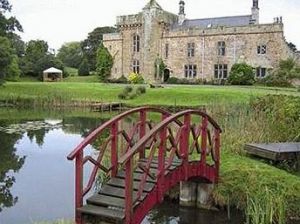 Tower
Tower is a Grade I listed building, with the distinction of being the only fortified Welsh border house still standing. Dating from the 15th century, it has been in the same family for over 600 years.

Tower is reputed to have been built by Rheinalt ap Gruffydd Bleddyn some time in the middle of the 15th century. Rheinalt made a name for himself fighting against the English, most notably in the defence of Harlech Castle. The house was described by poet Hywel Cilcan as 'the fair tower ... a fortress twenty fathoms high'.

The most famous (or infamous) episode in the house's medieval history occurred in 1465, when Rheinalt kidnapped the Mayor of Chester from a fair at nearby Mold. He had the unfortunate Mayor hanged in the barrel-vaulted dining hall, and you can still see the iron staple in the ceiling used to support the noose.

The wily Rheinalt then hid in the woods with his men, waiting for an English retaliation. English soldiers, not realising the Mayor was already dead, attacked the fortified house in force. As soon as the soldiers had entered the building, Rheinalt barred the doors from the outside. He then set fire to the house, burning the soldiers alive inside. Those that managed to escape the flames were hunted and killed by the watching Welsh.

Less gruesome interior features include stained glass windows with heraldic coats of arms. Above the fireplace is cared the family motto 'Heb dduw, heb ddim', which translates as 'Without God there is Nothing'. There is Jacobean-style panelling, and a Gothic fireplace in the drawing room.

The house was extended and remodelled several times in the 18th and 19th centuries, when the tower and battlements were added. The house stands in lovely gardens designed in the 1880s, though the parkland itself was laid out in the late medieval period.

Tower has been the subject of study by paranormal investigators, who claim to have heard strange sounds and discovered the presence of over 20 spirits, including that of a nursemaid, a mason, and an Edwardian man.

Tower is listed Grade I for its outstanding historical interest. It is primarily used as a picturesque B&B, but the house is open to the public for specific dates in spring and summer. Pre-booked groups are welcome at any time of the year. If you come for a stay you can choose one of 3 rooms, featuring antique furniture and views over the lake or woodlands.

More self catering near Tower >>

More bed and breakfasts near Tower >> 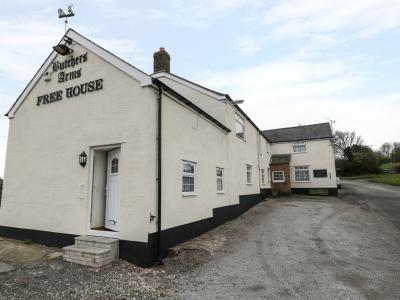 This cottage is located in the village of Nercwys near Mold and can sleep two people in one bedroom.
Sleeps 3 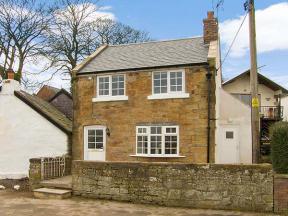 This detached cottage in Nercwys sleeps four people in one bedroom.
Sleeps 4