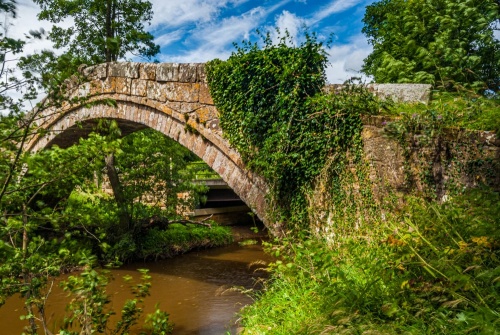 Beggar's Bridge is a graceful 17th-century single-arched packhorse bridge across the River Esk, on the eastern edge of Glaisdale village and the northern fringe of the North York Moors National Park. The bridge is listed Grade II* for its historic interest.

Beggar's Bridge was built in 1619 by a wealthy merchant named Thomas Ferris. According to legend, Ferris was born in nearby Egton, the son of a poor farmer. As a young man, Ferris fell in love with Agnes Richardson, the daughter of a prosperous squire who lived in Glaisdale, across the River Esk. When Ferris asked permission to marry Agnes, the squire refused, dismissing Ferris as a beggar.

Tom Ferris decided to go away to sea to make his fortune. He wanted to say goodbye to Agnes before he left, but a flood made the river impossible to cross. He left Britain for the Caribbean, where he made his fortune. On his return to Yorkshire he married Agnes before becoming the Sheriff of Hull in 1614 and Mayor in 1620. 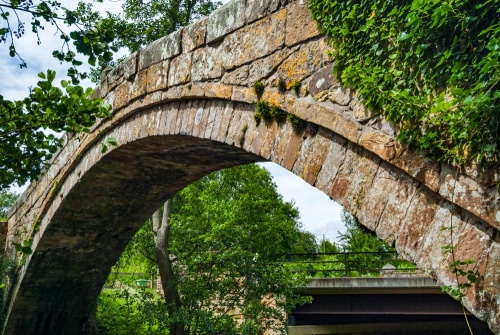 A closer look at the bridge construction

Between those two dates in 1619 Ferris built a bridge across the River Esk so that no future lovers would ever be parted as he and his love had been.

Ferris's bridge incorporates stones from an earlier 14th-century structure that fell down in the Elizabethan period.

Beggar's Bridge is made from coursed sandstone. It forms a single arch spanning 15m (about 48 feet). The surface is paved with flagstones about 2m wide (6.6 feet), and there are parapets on both sides, rising about 0.75m (2'5"). The parapets rather oddly angle outwards and may be a later addition to the bridge.

There is a carved datestone on the downstream facade (the south side), bearing the initials TF for Thomas Ferris. The bridge is reached by cobbled ramps, which do not have parapets. On the underside of the arch, near both abutments, are corbels that probably supported timber scaffolding used during construction.

Self Catering near Glaisdale