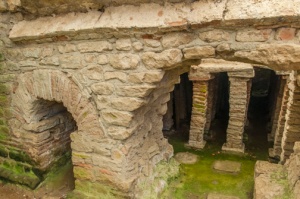 The largest fort in County Durham, Binchester dates to the late 1st century AD; the early phase of Roman occupation of Britain. During this first phase, the Roman army was slowly extending Roman control over its new British territories, and forts like Binchester were an important part of the Roman presence in the north east.

The first occupation was likely between 69-75 AD, and there was a continuing Roman presence until at least the late 4th century or early 5th century. The site chosen was close to the River Wear, beside the road known as Dere Street, extending from York to Corbridge. Initially, Binchester was a cavalry post.

Like many forts during the initial phase of Roman conquest, Binchester, or Vinovia, as it was known to the Romans, was built in wood. It was only when the Romans felt relatively secure that they rebuilt the fort in sturdy stone and brick.

The troops stationed at Binchester came from all across the Empire; we know that a cavalry unit from Spain was stationed here in the 2nd century and in the following century a unit of soldiers from what is now Holland resided here. 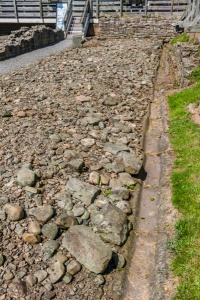 A section of the Roman
road, Dere Street

Vinovia is a sizeable fort, covering almost 5 hectares (roughly 12 acres). Within earthwork banks are well-preserved remains of the bath suite used by the commanding officer. The initial defences included a simple bank of clay, but this was later augmented with a stone wall on top of the clay, the wall reaching over 3.5 metres in places.

Excavations have revealed a ballista platform in the south-east of the site. This dates to 260-320 AD. The ballista was a form of heavy missile launcher, not too dissimilar in shape to a medieval trebuchet. Think of it as Roman heavy artillery, so to have one beside the fort wall suggests that the soldiers felt a little uneasy for their safety.

Only a small portion of the site has been excavated for public display. To the east, and on either side of Dere Street, are remains of a vicus, or civilian settlement that grew up around the fort. The discovery of post-Roman burials suggest that Binchester was occupied long after the Romans were gone, possibly as late as the 11th century.

One of the most enjoyable features at Binchester is that you can watch archaeological excavations being made during the summer season. I wandered over to have a look at the archaeological site and one of the works supervisors offered to show me around the site. He explained what each of the exposed features were, what the student archaeologists were looking for, and how they went about it.

It really helped bring home the history of the fort and the civilian settlement, and show how people lived here almost 2000 years ago. Kudos to the site supervisors for inviting the public to observe their work at close hand.

The fort is operated by Durham Council and is open from Easter through September. An admission charge is payable, and group bookings can be made. 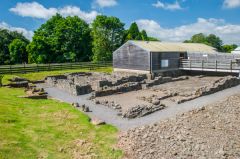 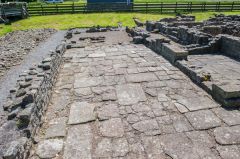 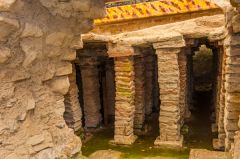 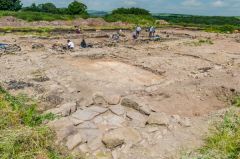 More self catering near Binchester

More bed and breakfasts near Binchester

Self Catering near Bishop Auckland