HERITAGE HIGHLIGHTS:   The Battle of Neville's Cross was planned in the Baron's Hall 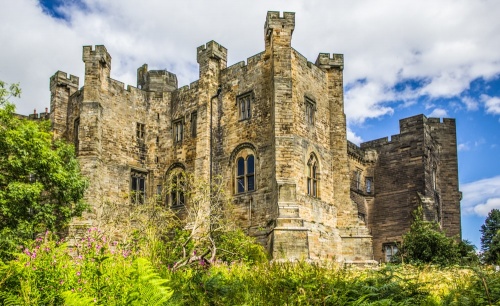 Brancepeth Castle is one of the oldest castles in northern England, with a history going back to at least the 12th century. The castle today combines a medieval fortress of the powerful Neville family with an elegant Regency country house.

The history of Brancepeth Castle begins shortly after the Norman Conquest when the Norman knight Peter de Humet was granted lands in the area. In 1099 De Humet gave his estate at Brancepeth to Anskitel de Bulmer, a Saxon lord who married De Humet's daughter. The Bulmer family built the first castle at Brancepeth.

In 1174 Emma Bulmer, the daughter of Bertrand Bulmer married Gilbert De Neuville, a great-grandson of William the Conqueror's admiral. Bertrand Bulmer was the last male heir of the Bulmer family and when he died Brancepeth passed to his daughter and through her to her husband.

Over time Gilbert De Neuville's last name became Anglicised as Neville, and the Neville family became one of the wealthiest and most powerful in England. The Nevilles held Brancepeth Castle for the next 400 years. It was in the Baron's Hall at Brancepeth that the Battle of Neville's Cross was planned in 1346. 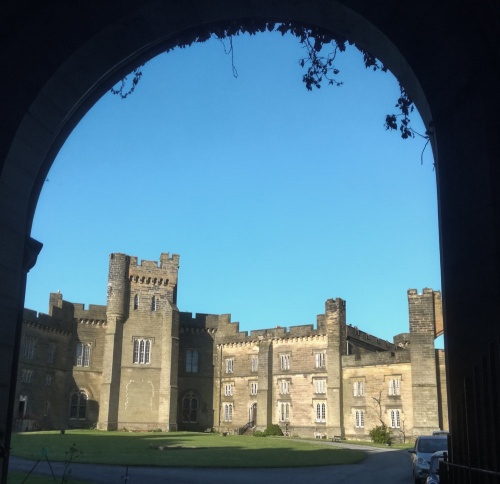 The Nevilles spent much of those 400 years getting embroiled in political intrigue. Ralph Neville was named Earl of Westmorland by Richard II in 1397 and repaid the honour by joining Richard's enemy Henry Bolingbroke in a revolt that deposed the king and put Bolingbroke on the throne as Henry IV. Other Nevilles played leading roles in the Wars of the Roses - on both sides.

Rising of the North

One Neville plot that most certainly did not work out as planned was the abortive 'Rising of the North', an attempt to free Mary, Queen of Scots from captivity, marry her to the Duke of Norfolk and seize the throne from Elizabeth I. This futile scheme was planned at Brancepeth Castle and at the Neville's other major stronghold Raby Castle. When the plot failed Charles Neville, the 6th Earl of Westmorland was forced to flee into exile abroad and the Neville estates, including Brancepeth Castle, were seized by the Crown.

James I gave Brancepeth to the Earl of Somerset, only to take it back when Somerset was found guilty of poisoning Sir Thomas Overbury in the Tower of London. When King James' heir Charles I ran into money troubles he used Brancepeth as collateral for a loan from the wealthy merchants of London. When Charles defaulted on the loan the merchants sold off the Brancepeth estate.

The castle was purchased by Ralph Cole, the wealthy mayor of Newcastle. Unfortunately, Ralph's son squandered his fortune and sold the estate to Sir Henry Belasyse, a military leader for William of Orange. 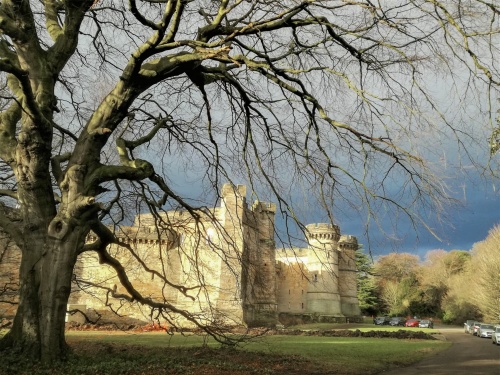 Sir Henry’s granddaughter Bridget Belasyse (some accounts call her Mary) fell in love with Robert Shafto of Whitworth Hall, a close neighbour whose house was visible across the River Wear. Bridget's love for Robert Shafto inspired the popular balled 'Bobby Shafto'. Sadly, Shafto did not return her love, and Bridget is said to have died of a broken heart.

The Brancepeth estate was sold to John Tempest of Wynyard and then in 1796 to William Russell, a prosperous colliery owner from Sunderland. The Russell family owned Brancepeth for the next 150 years.

The purchase proved to be an inspired one, for large deposits of coal were discovered under the estate, and the Russell's became even wealthier; William Russell's son Matthew was the richest commoner in England.

During WWI the castle served as a military hospital. After the war, the Russells abandoned Brancepeth in favour of houses elsewhere and the deer park was converted into a golf course. The castle was used by the Durham Light Infantry during WWII. It served briefly as a research facility for a glassmaking company, then in the 1970s it was purchased by the Dobson family who own it today.

Brancepeth Castle is open for guided tours on specific dates between spring and autumn. See the official website for exact dates and times. Tours last between 60 and 90 minutes and cover the main rooms on the ground floor plus the medieval cellars below.

The castle hosts regular craft fairs and is also available for wedding hire. If you fancy staying in a historic setting you can take advantage of the castle's holiday flat, suitable for 3 people.

Brancepeth Castle is located 4 miles south-west of Durham on the A690, which follows the route of an early Roman road. The castle approach is directly through the village. If you'd like to arrive on two wheels the Brandon to Bishop Auckland cycle route passes through Brancepeth, following a disused railway line.

The main photo accompanying this article is (c) Dan Lake. The castle courtyard photo is (c) James Dobson and the castle gatehouse photo is (c) Sharon Dobson. All photos used by permission of their copyright owners.

More self catering near Brancepeth Castle