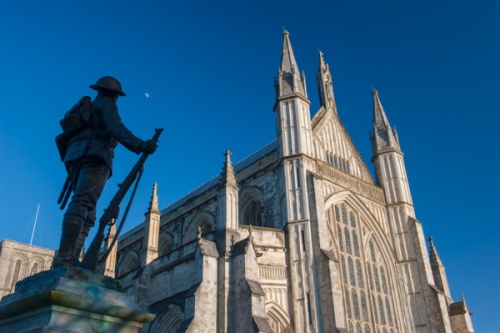 The pride of Winchester is its magnificent cathedral. A bishop's see as early as 662, Winchester was home to St. Swithun, an early bishop. When a Benedictine monastery was established here in the late 9th century they chose Swithun as their patron saint. His bones, housed in an ornate reliquary, became famed for their healing powers, and pilgrims flocked to Swithun's shrine, which was located in the Old Minster, outside the current west door.

The Saxon church was rebuilt beginning in the late 11th century under Walkelin, the first Norman bishop of Winchester. He chose a very unpromising site; the ground was so marshy that thousands of wooden piles had to be driven into the ground to make it solid enough to build what was then the longest church in Europe.

Even today, the cathedral crypt is prone to flooding. When William Rufus (William II) died in the New Forest in 1100 he was buried beneath the tower crossing of the Cathedral. The tower promptly fell down, causing widespread concern that heaven disapproved of the unpopular king's resting place.

Swithun's reliquary was installed with great ceremony behind the high altar of the new cathedral. His popularity grew, and pilgrims came in droves, drawn by the fabled healing power of the saint's bones. A special tunnel, dubbed the Holy Hole, was built under the shrine, so that devoted pilgrims could crawl under the shrine, passing as close as possible to his holy relics. In 1456 an even more elaborate shrine was built at the opposite end of the church, decorated with gold, silver, and gems.

The cult of St Swithun came to an end under Henry VIII's sweeping religious Reformation. Henry dissolved all monastic houses and swept away 'papish' embellishments. including the shrines of saints. Though in many cases this reforming zeal had popular support, Henry's commissioners must have realised that dealing with a popular saint like Swithun might be awkward.

So they moved with secrecy and stealth; they entered the cathedral at 3 in the morning, on 21 September 1538, and destroyed the shrine, breaking it into small pieces and stealing anything valuable. The saint's bones were scattered and lost forever. The Holy Hole was stopped up, leaving nothing to remind us of Swithun's presence. Today a plaque marks the site of the saint's shrine. 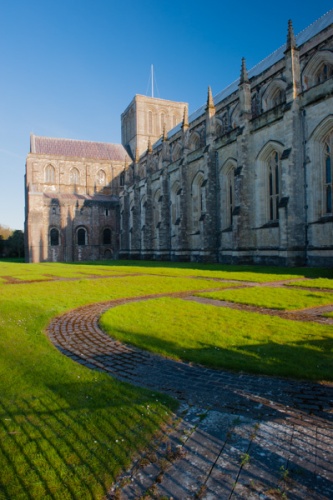 Such was Winchester's importance in the Middle Ages that the cathedral was used as often as three times a year for royal court functions. Part of the popularity of the cathedral was due to pilgrims visiting the shrine of St Swithun.

Winchester's greatest bishop was William of Wykeham, founder of Winchester College and New College, Oxford, who began the rebuilding of the Norman nave. His ornate chantry chapel stands in the south aisle of the nave. Winchester is rich in chantry chapels, in fact, there are 7 medieval bishop's chantries, more than any other cathedral.

Among the other chantries are those of Bishop Waynefleet (1447-1486), and Henry Beaufort (1404-1447), half-brother of Henry IV and the richest man in England. When Henry died he left part of his vast fortune to the cathedral, and this money helped pay for one of the church's treasures, the Great Screen, an ornately carved stone screen behind the high altar.

The screen was originally decorated with beautifully carved and painted statues, but these were removed during the Reformation. A few surviving statues from the screen are on display in the Triforium Gallery. 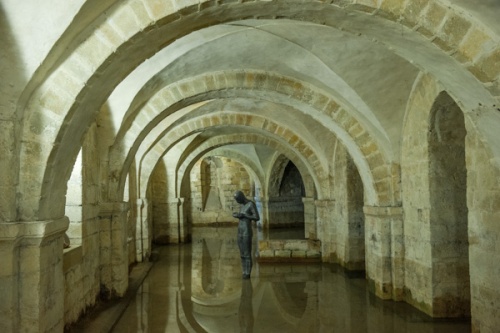 Though most of the statues are gone, the cathedral is rich with other medieval carvings. The 14th-century oak choir stalls are beautifully decorated with delicate carvings, depicting foliage, human heads, and animal figures.

Many of the choir stall seats are misericords - mercy seats - designed to offer support to monks who had to stand through long services. Many of the misericords are carved on the underside with foliage, plants, human heads, and comical figures.

The Winchester collection of misericords is one of the largest in England. In the retrochoir is a beautifully carved female figure known as Ecclesia. This large statue was unearthed in the cathedral grounds and despite the fact that its head has been lost, it is considered one of the best 13th-century carvings in the country. Look up above the piers; there you can see metal brackets that were used to hang tapestries.

In the presbytery there are mortuary chests containing the bones of Saxon kings and bishops. When Parliamentary troops despoiled the cathedral during the Civil War, they used these bones as missiles to break up the stained glass windows. In the south transept is the Fisherman's Chapel, a gift of anglers in the USA and England to commemorate Isaak Walton, author of The Compleat Angler. Walton's grave and a charming statue of him with his fishing rod are within the chapel.

Perhaps more well-known to most visitors is novelist Jane Austen, who died in Winchester in 1817 and is buried in the north aisle of the nave. Austen has not one, not two, but three memorials in the cathedral. The first is her simple gravestone, which curiously makes no mention of her writing. This omission was rectified in 1870 when her nephew Edward raised money for a new memorial plaque to his aunt.

By 1900 Austen's fame had grown, and a public subscription was launched for a memorial stained glass window in her memory. This window is above the plaque erected by her nephew and looks over her simple gravestone. 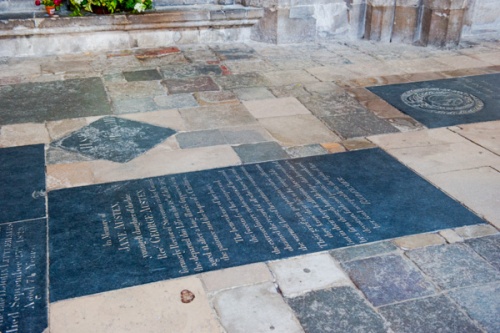 Outside the north wall of the cathedral, you can see the pattern of foundation walls marking the site of The Old Minster, the cathedral church which was replaced by the current building.

To the south is the peaceful enclave of the Cathedral Close. Here you will find some wonderful examples of medieval architecture, less spectacular than the Cathedral itself, but equally moving. The Close is built about the Deanery, which dates in part to the 13th century. The contemporary Pilgrim's Hall is open to visitors.

Also in the Close, the Porter's Lodge and Cheyney Court show very enjoyable examples of half-timbered architecture. During the medieval period, Cheyney Court served as the site of the Bishop's "Soke" or court. The former stables of Cheyney Court are now in use as a music school. Beyond Cheyney Court, Prior's Gate marks the boundary of Cathedral Close.

Within the Cathedral itself is the Triforium Gallery and Library, which houses the Winchester Bible, a superb illuminated manuscript and one of the great literary treasures of 12th-century England. 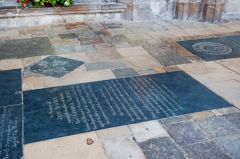 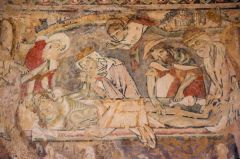 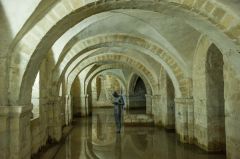 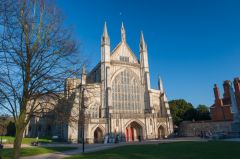 More self catering near Winchester Cathedral