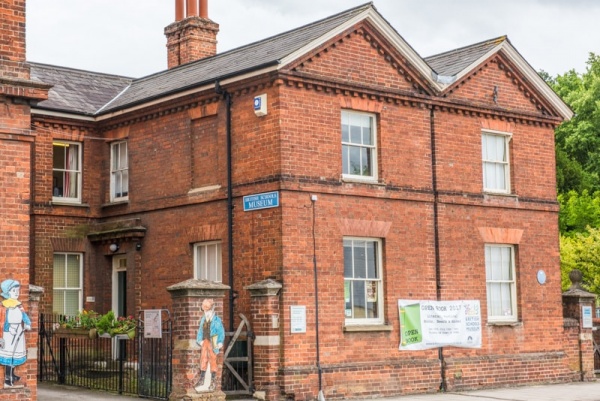 The British Schools Museum in Hitchin bills itself as the 'Home of the Education Revolution', a bold claim but one that has a great deal of truth about it. The museum is built around an authentic early Victorian school established in the 1830s and is remarkably unaltered since it was opened.

The history of the museum goes back to 1810 when an old malthouse on Queen Street was transformed into a schoolroom for 200 boys and 100 girls, the children of Hitchin's poorest residents.

There are 4 authentic school classrooms that make up the museum experience. One is the Monitorial Classroom, built in 1837. The Monitorial classroom is a huge hall, built to hold 300 boys, taught by a single Master with the aid of 30 monitors, or older students. This style of teaching was based on the Lancasterian method established by Joseph Lancaster and is the only surviving example in the world.

It is an eye-opening experience to see how the boys were seated in row upon row of long benches, facing the Master. It must have been an intimidating sight for both students and the Master. The actual teaching was done at semi-circular stations around the outside of the room, each station under the supervision of a monitor. 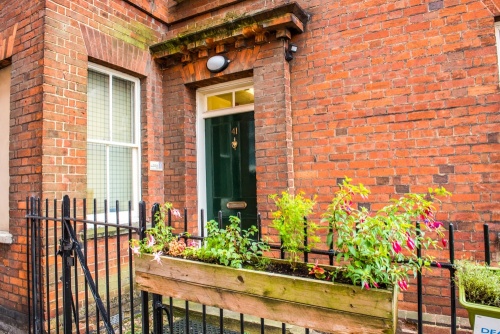 The Monitorial Classroom is essentially unchanged from the day it was opened in 1837, though the floor is now level. It originally sloped slightly to allow the Master to more easily see all the students. With so many students you might think that discipline would be harsh, but the Lancasterian method did not use corporal punishment.

The second classroom is the Gallery Classroom, built in 1853 on the recommendation of poet Matthew Arnold, who visited Queen Street School as an Inspector of Education. This new classroom meant a change in educational approach. It was built to house 110 students under a single master.

The desks illustrate a slightly late style of education used in the 1880s. Visitors are encouraged to sit at the students' desks and try out the inkwells and pens with real ink. Don't use your left hand - that wasn't allowed! There are regular Victorian-style teaching events in the Gallery Classroom.

By 1905 the Queen Street School was taking in 700 local students. To handle the numbers two new classrooms were built (later subdivided to create three classrooms, two of which are open to the public). One of the Edwardian classrooms is furnished as it would have looked during the period from 1905 to 1938. The other classroom illustrates the period from 1939-1969 when the Queen Street School closed its doors for the last time.

The classrooms provide a fascinating example of how education has changed over time, from the principle-driven Lancasterian approach to how war evacuees were educated during WWII. 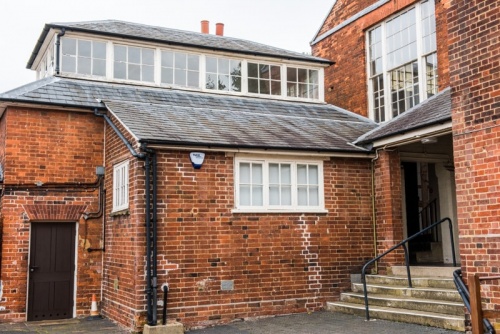 Entrance to the Monitorial Classroom

After visiting the schoolrooms you can explore the original Master's House, which is minuscule by modern standards but probably provided a relatively good standard of living during the early Victorian period. The Master's House occupies one half of the building; the other half was for the Head Mistress of the girl's school. It was completed in 1858 at the same time as the Gallery Classroom.

The British Schools Museum is home to two important educational collections, the Jill Grey Collection and the Benchmark Collection.

The Jill Grey Collection is a remarkable archive of some 37,000 artefacts related to childhood and the history of education in Britain. The Collection was the work of Jill Grey (1919 – 1987), a native of Hitchin, who helped preserve the British Schools in Hitchin from development. Her Collection forms the basis for the ever-changing museum exhibits. 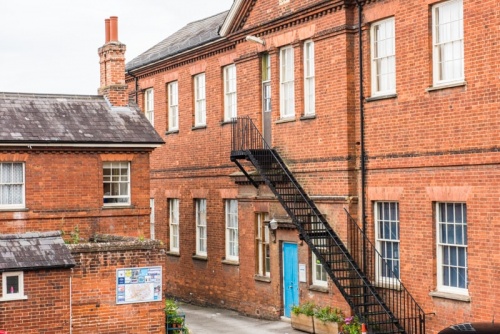 The second collection is the Benchmark Collection, made up of material donated to the museum. There are now over 10,000 items relating to childhood and education, many donated by former students and staff. Some of these items have been used to help furnish the Head Master's House, the classrooms, and the Discovery Room.

The British Schools Museum provides a fascinating glimpse into the world of a Victorian school, with unaltered classrooms and a wealth of information on Victorian education. The museum offers regular events for school groups and families, and children will love experiencing the 19th-century classrooms.

NB. Unfortunately, we were not allowed to take photos inside the classrooms or the Head Master's House, which is a shame as they are worth seeing! 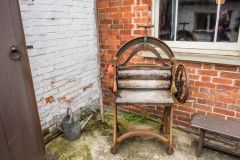 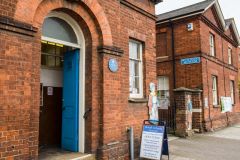 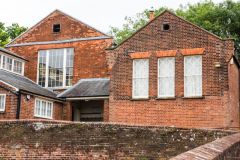 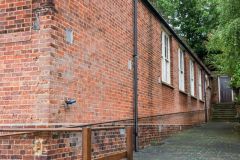