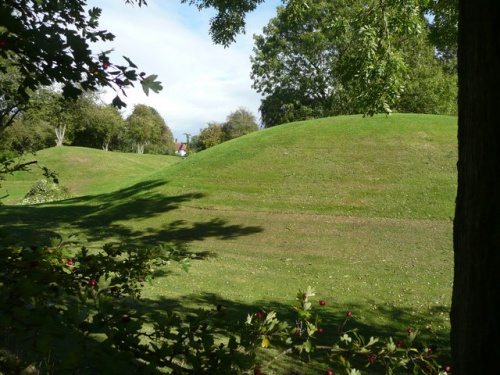 The 12th-century castle motte at Meppershall was built by William de Meppershall, a royal official who held the manor as a tenant-in-chief of the crown. The castle motte is roughly 25m x 30m and is surrounded by two baileys of irregular shape. The site is defended by dry ditches and what appears to be a sluice-ditch on the north-east side.

The castle was certainly in existence by the reign of King Stephen, for the King issued a royal charter during a siege of Meppershall in 1138 (alternatively the document may have been issued in 1148). The charter is unclear whether King Stephen was actually besieging Meppershall Castle or using it as a military base for a siege of nearby Bedford.

In the 17th century, a timber-framed manor house was built on the castle site. Today the remains of the motte and both baileys can be seen. The motte is behind the parish church in an area known as The Hills.

More self catering near Meppershall Castle