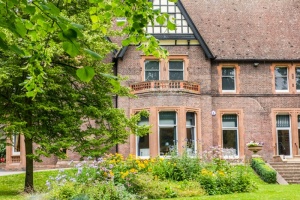 Wardown Park Museum traces the heritage of Luton and the surrounding area, with a particular focus on the history of Luton as a centre for hat making and lace. The lacemaking heritage is displayed in the 'Threads of Life' Gallery, showcasing examples of locally produced lace and textiles dating to the 17th century and examples of work by local, modern artists and artisans. See how lace was made, with tools and examples of work from the East Midlands and Europe.

A contrast to the delicacy of lace is provided by the Bedfordshire and Hertfordshire Regiment Gallery, tracing the long history of the Regiment from its beginnings in 1688 up to the present day. See medals, uniforms, photographs, and an interactive display telling the story of the Regiment and those who served in it.

One display in the Regimental Gallery shows examples of 3 campaign medals issued to members of the British and Empire forces in WWI. The 3 medals were known as the Allied Victory Medal, the British War Medal, and the Star.

At the time they medals were issued there was a popular comic strip running in the Daily Mirror newspaper following the comic adventures of Pip, Squeak, and Wilfred (a dog, a penguin, and a rabbit). As a result, the 3 new medals were dubbed Pip (the Star), Squeak (the British War Medal), and Wilfred (the Allied Victory Medal). 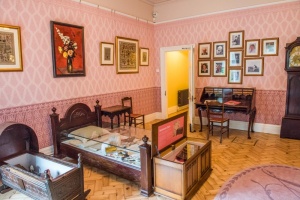 The first floor of the gallery is given over to the 'Luton Life Gallery', looking at the history of Luton and its people over time. See how the development of Luton went hand in hand with its growth as a centre of hat making.

Making hats was Luton's major industry in the Victorian period. Hat making mainly employed women, while men tended to work in brewing and building. The hat making industry faltered with cheap imported material in the early 20th century, but Luton thrived as a centre for engineering and manufacture, with products like cars, chocolate, cookers, and chemicals providing employment.

The displays on hat making are fascinating, with examples of hand-made straw plaits, hats from different time periods, and hat-making forms and tools. One wonderful display shows an example of a straw police hat worn by the local constabulary.

One of the highlights of the Luton Life Gallery is the Luton Guild Book, an illuminated book written on vellum, it was maintained by the Confraternity of the Holy Trinity from 1475-1546. Another display that caught our eyes was a pair of bank notes from the Luton Bank. A pair of local solicitors set up the bank in the early 19th century. The bank notes were issued between 1822 and 1823. The bank was closed in 1824 when one of the partners died. 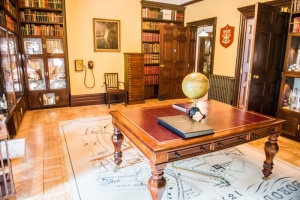 Another display tells the story of the Peace Day Riots of 1919. A celebration intended to mark the end of WWI went terribly wrong when crowds rioted. The Mayor fled, leaving the mob to set fire to the town hall. The force of the blaze destroyed a clock installed to mark the end of the Crimean War, but the Roman numerals XII were saved from the clock and are on display beside remains of documents salvaged from the fire.

The museum, formerly known as the Luton Museum and Art Gallery, is housed in an ornate Victorian mansion set in lovely parkland. The house was built by a wealthy solicitor named Frank Scargill in 1877. Many of the interior rooms are much as Scargill decorated them, with panelling in the dining room and an ornate ceiling in the exhibition gallery. The Scargill family left in 1893 and let the house to tenants.

It was purchased in 1903 by a pair of businessmen who re-sold it to the local council in 1904. The estate surrounding the house was opened as a public park the following year but the house lay vacant. It was used as a military hospital in WWI and later rented out to Council employees. Finally, in 1931 the Luton Museum, which had outgrown its premises, was transferred to Wardown House.

The most impressive feature of the original Victorian architecture is the ornate porte-cochere, decorated with likenesses of major figures in politics and the arts. If you look closely you can find likenesses of Disraeli, Gladstone, and Charles Dickens.

Wardown Park is easy to access off both Old Bedford Road and New Bedford Road, which run parallel to the east and west sides of the park respectively. There are large, free parking areas a short stroll from the museum. 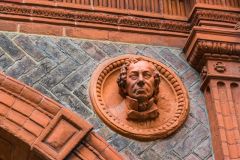 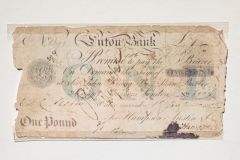 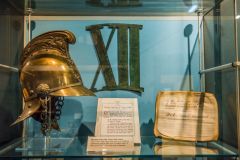 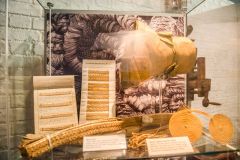 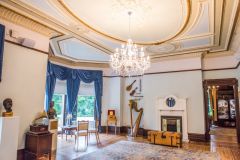 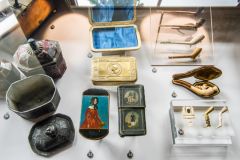