HERITAGE HIGHLIGHTS:   The Queen Mother was baptised here in 1900 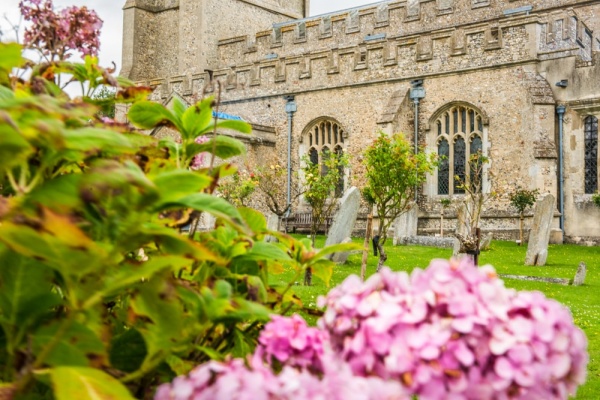 The hamlet of St Paul's Walden lies in beautiful countryside about 3 miles south of Hitchin. The village seems much too small for the impressive 14th/15th-century parish church, which is not, as you might expect, dedicated to St Paul, but to All Saints.

The reason for the oddity is that until the Dissolution of the Monasteries the manor of what was then Abbots Walden was owned by the Abbey of St Albans. When the Abbey was dissolved by Henry VIII the manor was granted to the Dean and Chapter of St Paul's Cathedral in London. The Dean and Chapter renamed the estate 'St Pauls Walden'.

The history of the parish goes back to at least the 9th century; in AD 888 Ethelred, the procurator of St Pauls Walden, granted land here to his servant Wulfgar, who in turn granted it to the Abbey of St Albans. 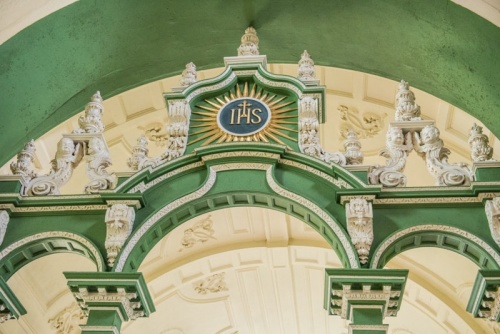 The most striking feature of All Saints is the embattled west tower, with its massive corner buttresses and stair turret rising from a 14th-century base to a 15th-century upper stages. There are Early English lancet windows in the west wall.

The nave is 14th century, with windows installed around 1320, and there is a 16th-century south chapel. In the nave aisle window is a small fragment of original 14th-century stained glass depicting the Virgin and Child.

In the Hoo Chapel is a memorial to Henry and Dorothy Stapleford (d 1631 and 1620 respectively), in a traditional early Stuart design showing kneeling figures facing each other across a prayer desk. A child holding a skull is half-hidden in its mother's skirts. The skull probably indicates a child that died at a young age.

The 13th-century chancel was remodelled in Georgian style in 1727, perhaps by James Paine. The chancel is decorated with elaborate stucco on the walls and barrel-vaulted ceiling. Unfortunately, many of the original Georgian furnishings have been lost but the chancel is still a delight, so light and delicate compared to the earlier medieval fittings throughout the rest of the church. 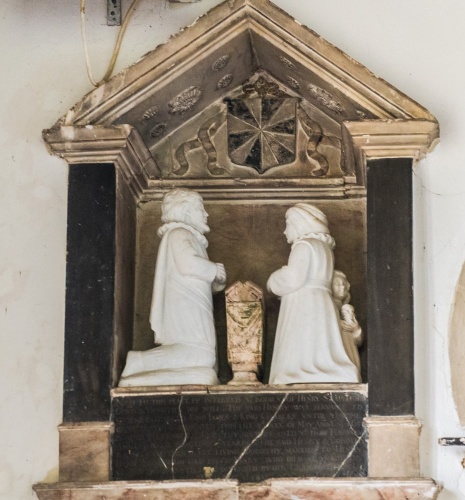 The chancel is separated from the nave by a stunning screen installed by Edward Gilbert of The Bury. Gilbert was an ancestor of the Bowes-Lyon family, of whom more below.

The screen may have been designed by Nicholas Hawksmoor, who was responsible for many of London's most impressive 18th-century churches. Another historical feature is a font dating to the 15th century.

At the west end of the nave is a 14th-century grave slab with the inscription 'Willem de . . . gist ici deu de sa alme eit merci'. In the south chapel is marble slab showing the indents of an inscription plate, now lost.

At the west end of the south aisle is a table tomb topped with a black marble slab, commemorating Peter Nicol, who died in 1798. 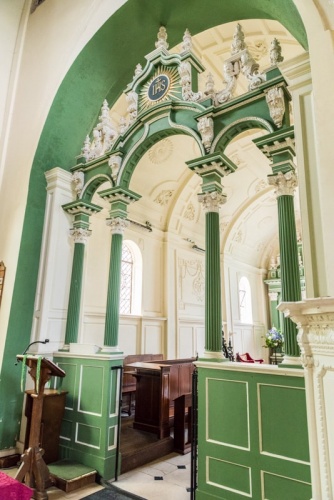 The Bowes-Lyon family, Earls of Strathmore and Lords of Glamis, owned the mansion of St Paul's Walden Bury in St Pauls Walden. The most famous member of the family was Elizabeth Bowes-Lyon (1900-2002), better known as Queen Elizabeth, the Queen Mother, wife of George VI.

Elizabeth Bowes-Lyon's birthplace is subject to some debate. Stories suggest that she was born in Westminster at her parent's home or in an ambulance on the way to the hospital, but a third tale suggests that she was born in the Strathmore's country house at St Pauls Walden. We do know that when her birth was recorded in the national census of 1901 it was recorded as St Pauls Walden Bury.

While the Queen Mum's birthplace is a subject of debate there is no doubt that she was baptised at All Saints church in St Pauls Walden on 23 September 1900, and that her childhood was divided between St Pauls Walden and Glamis Castle in Angus. 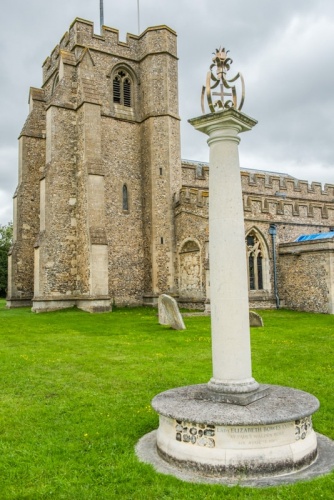 A wall tablet commemorates Queen Elizabeth's baptism, but another tablet marks a much sadder family event; the death in 1893 of Violet Hyacinth Bowes-Lyon, eldest daughter of Lord and Lady Glamis, who died at the age of 11.

In the churchyard is a commemorative column emphasising the village's association with the Bowes-Lyon family.

Almost lost amidst the church's links to the Bowe-Lyon family is the fact that novelist Jane Austen also has associations with St Pauls Walden and is thought to have visited the church.

Aside from the Bowes-Lyon monument in the churchyard, there are also several medieval coffin lids, now broken.

All Saints is a delightful country church, full of historical interest and set in a lovely rural location. The church was open when we visited. 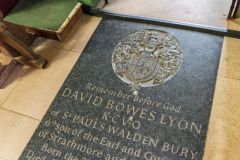 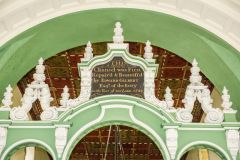 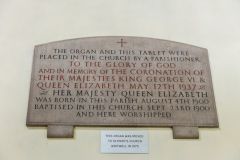 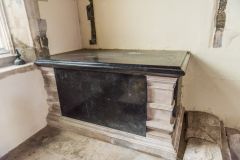 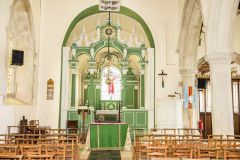 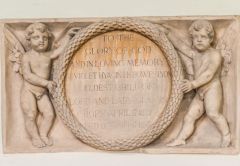 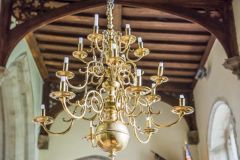