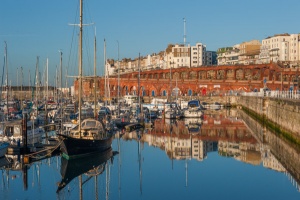 What did sailors use before Greenwich Mean Time was established as a reliable measure of time? Well, if you were a sailor on England's south coast you set your chronometer by the clock atop Ramsgate's Old Clock House tower. Ramsgate Mean Time was a commonly used reference for south coast captains prior to Greenwich becoming a new standard in the 1840s.

Though Ramsgate Mean Time is no longer observed, the clock still shows its face to the world, and to the myriad of ships and pleasure craft that crowd the harbour. If you stand in front of the Clock House and look across the boats bobbing at rest you'll see the wide sweep of Westcliffe to your left, rising to the elegant Georgian houses of Nelson Crescent.

The Clock House is now a maritime museum, bursting with memorabilia of Ramsgate's seafaring heritage. Outside the museum, almost forgotten, is a moving memorial to the pilots who perished during Operation Fuller, 'The Channel Dash', a vain attempt to stop German boats leaving Brest harbour during World War II.

At the top of High Street lies the parish church of St Laurence, built in the medieval period as a chapel of ease for Minster Abbey. The building retains much of its Norman heritage, with carved column capitals depicting devil's heads. 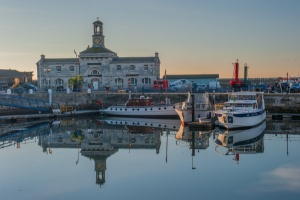 The current parish church is closer to the harbour, built in 1827 to better serve the holidaymakers who flocked to Ramsgate in the early 19th century. The young Princess Victoria came here, long before she became queen, and stayed at Albion House.

She visited artist Mary Townley, who studied with Sir Joshua Reynolds before launching herself into a career as an artist and architect. She built Townley House in Chatham Street, and her home became a centre of local society.

Townley and her husband built Spencer Square, where artist Vincent van Gogh lived in 1876 at No. 11. He served as a language master and sketched Ramsgate scenes before the lure of painting led him to a change of career.

On Military Road, at the base of the stairs known as Jacob's Ladder, is the Sailors Church, founded in 1878 as a harbour mission and home for sailors. Apprentices on the fishing fleet - called 'smack boys', stayed upstairs in the mission church when ashore. 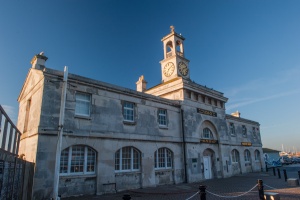 At the west end of St Augustine's Road is The Grange, built in1844 by Augustus Welby Pugin, one of the foremost architects of the Victorian Gothic period and the man most responsible for the Palace of Westminster in London.

Pugin was a fervent Catholic and built not only the house but the richly decorated church that stands beside it. He financed the church with his own money and is buried in a chantry chapel there. The house is open regularly for tours.

To the west of the harbour, the sweep of Pegwell Bay leads you to a country park, an area of salt marshes and reclaimed wetlands. It was near here in 597AD that St Augustine came ashore on his mission to re-establish Christianity in Britain.

He met with King Ethelbert of Kent, who agreed to hear him preach, but only in the open air, as he feared the missionary might try to unleash a magic spell in an enclosed space. In 1884 the Lord Warden of the Cinque Ports, the 2nd Earl of Granville, erected St Augustine's Cross on the spot where the saint and king met. 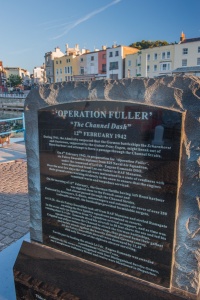 But that was not the earliest historic even to occur along the same stretch of coast. At Ebbsfleet, now well inland due to coastal silting, the Viking warriors Hengist and Horsa landed in 449AD, rather rashly hired by the British inhabitants to help defend the area against raids. Rather than keep invaders at bay, they ended up spearheading a new Danish invasion themselves.

In 1949, on the 1500th anniversary of the landing, a crew of Danes recreated the voyage in a replica Viking longboat they called the Hugin. The Hugin now stands, rather incongruously, inside a railed enclosure in a park at Cliffs End village, looking across the marshes.

Just a few miles inland from the urban conurbation of Ramsgate is Quex Park, a Georgian house famed for the Powell-Cotton collection of artefacts collected by one of the great African explorers of the late Victorian era, Major Percy Powell-Cotton. The museum attached to Quex Park features an amazing collection of cultural artefacts and oddments from Africa, India, and the Far East.

We really enjoyed our short stay in Ramsgate. The harbour is lovely on a warm summer evening, and the town makes an excellent base for exploring the south-east corner of Kent and the Isle of Thanet. 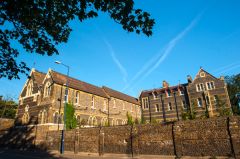 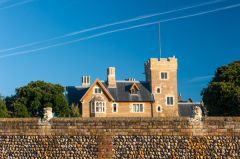 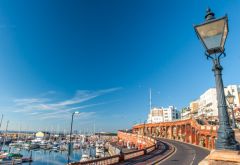 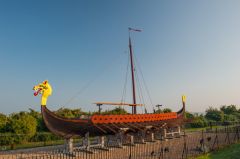 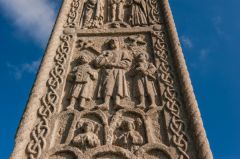 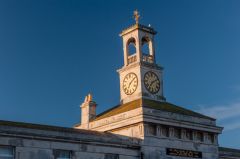 More self catering near Ramsgate

More bed and breakfasts near Ramsgate

Self Catering near Ramsgate