HERITAGE HIGHLIGHTS:   Made with Roman tiles and stones from the Roman basilica 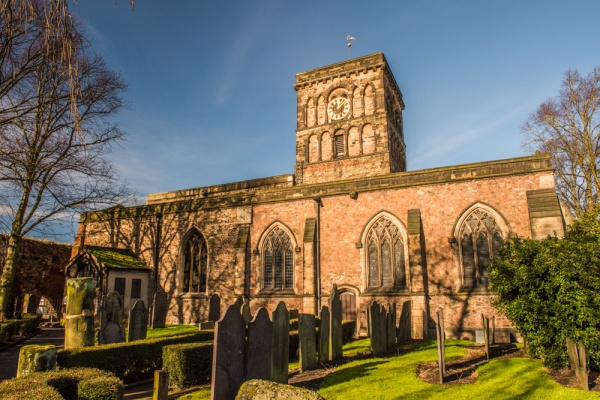 St Nicholas Church is probably the oldest place of worship in Leicester, with a history dating back to the Saxon period. You could say the story of the church goes back much further in time, for it shares a common boundary wall with the Roman bath complex known as the Jewry Wall, and there are Roman columns in the churchyard. The church incorporates Roman bricks into its walls, and retains examples of Saxon stonework.

The church was built on a pre-Christian sacred site, but there is no suggestion that there was a Roman place of worship on the site. The Roman columns in the churchyard came from the basilica, or town hall, which stood near this site (or it may possibly lie directly under the church). The columns were used to mark graves before the fashion for gravestones as we now know them evolved.

Leicester served as the seat of a bishopric from the 7th-9th century, and it is believed that St Nicholas was the cathedral of the Saxon bishops. The first recorded bishop was Cuthwine, who took office in AD 679, though the see itself was not made permanent until AD 737. One of the Saxon bishops was St Wilfrid, who served from Leicester during a period of exile from Northumbria.

The church was not originally dedicated to St Nicholas; that designation was only made from 1220. During the medieval period the jurats of the Borough, leading citizens acting essentially as a jury, met in St Nicholas Churchyard. The name 'jurat' gave rise to 'Jewry Wall', used to describe the large Roman wall at the west end of the church. The wall has nothing to do with Jews or a Jewish settlement. It actually formed an end wall of the Roman bath complex. 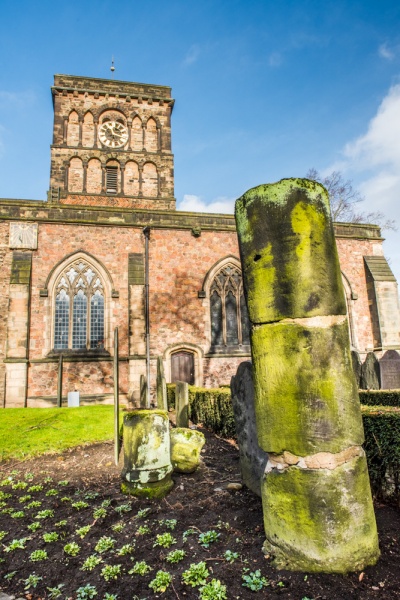 A Roman column in the churchyard

In 1107 the church was given to the college of priests established at St Mary de Castro, beside Leicester Castle. That grant was later transferred to the canons of Leicester Abbey in 1143.

The oldest parts of the church are the north and west nave walls, which date to before the Norman Conquest. Over the north nave arcade are two round-headed double-splayed windows, with arches formed of Roman bricks.

These windows and the wall itself probably date to the 7th century. They were originally in the church's outer wall, but the building was enlarged in the Norman period and the window openings are now inside.

The church tower was begun in the 11th century, but you can spot Roman tiles in a herring-bone arrangement near the base. The tower was completed in the 12th century, two stages above the roofline and two below. The top stage features beautiful Norman arcading. Under the tower are very finely carved rows of blind arcading in round-headed Romanesque style. 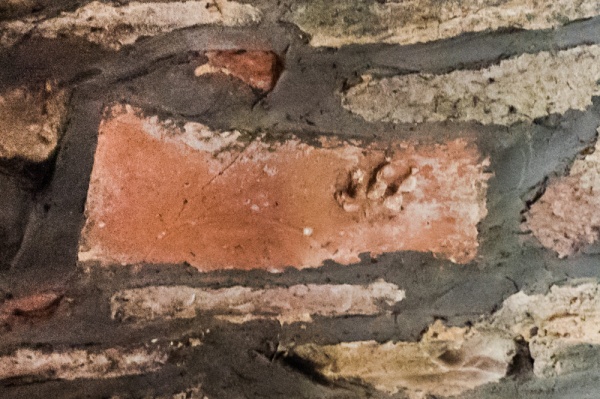 Paw print on a Roman brick

One other Roman feature is worth mentioning. Set high on an angle of the interior west wall is a re-used Roman brick bearing the paw print of a dog. Presumably, the dog walked across the brick surface while it was drying.

The church porch comes from Wigston's Hospital, a 16th-century almshouse founded by William Wigston, or Wygstone, Mayor of Leicester.

On the exterior of the south wall is a 17th-century sundial made of Swithland slate. In the south aisle is a worn sedilia and piscina. The octagonal font is 15th century, carved with quatrefoil panels.

On the wall is a poignant memorial to 2nd Lieutenant Francis Blunt, who died from wounds received in action at Chocques in October 1915.

Other historic features we noticed include a painted royal coat of arms from the reign of George II, and a beautifully carved wall tablet to Hamlet Clark (d. 1817) who served as Alderman and three-times Chief Magistrate of the Borough of Leicester.

St Nicholas is an intriguing historic building, well worth a visit for its Roman and Saxon artefacts. The church is regularly open to visitors and is very easy to reach on foot from anywhere in central Leicester. 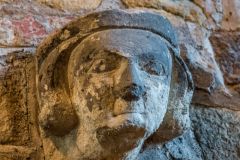 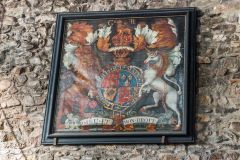 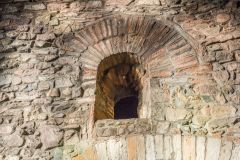 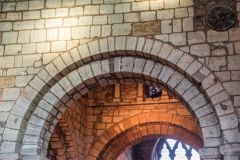 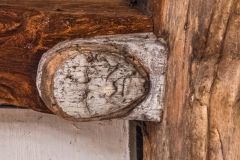 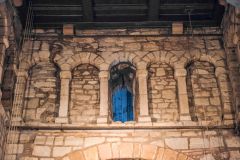 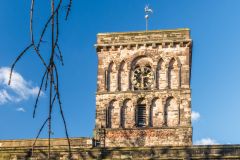