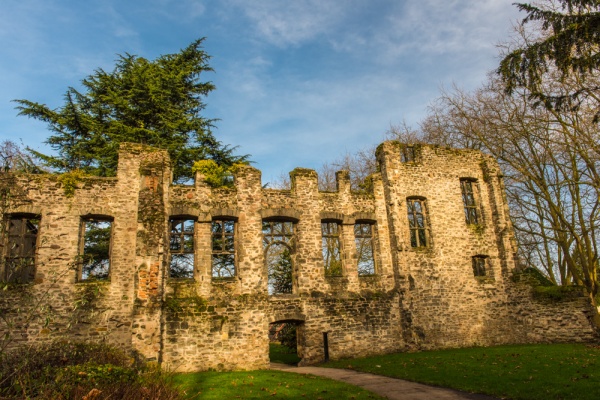 A short walk from the busy city centre of modern Leicester stand the fascinating historic remains of Leicester Abbey, dating to the 12th century and boasting the gave of Cardinal Thomas Woolsey, Henry VIII's Lord Chancellor.

In AD 1133 Robert de Beaumont, 1st Earl of Leicester, established a college of secular canons known as the College of St Mary de Castro. The Earl endowed his college with the revenue of all the churches in Leicester.

In 1143 the Earl's son and heir, Robert le Bossu, founded a monastery at Leicester for Augustinian canons, dedicated to the Assumption of the Virgin Mary. The new monastery took over the College of St Mary de Castro and the revenue from the city's churches, as well as income from several estates and churches in Leicestershire, Northamptonshire, and Bedfordshire. Subsequent Earls and their families continued to give generously to Leicester Abbey. They were even granted exemption from paying tithes by Pope Eugene III. 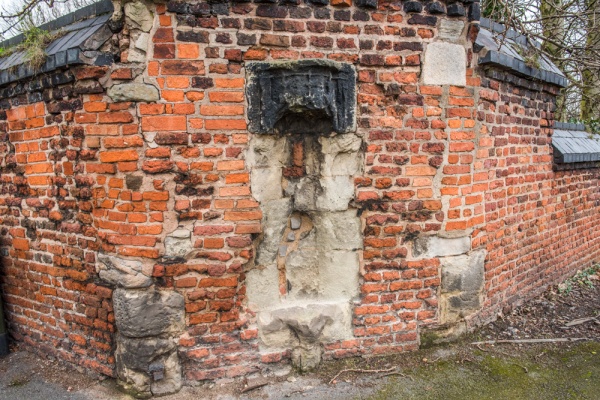 In 1326 the abbey was caught up in political strife. Hugh le Despenser, Edward II's favourite, stored valuables at the abbey for safekeeping. Soldiers in the service of the Earl of Lancaster attacked the abbey to seize the property.

During this period of turmoil one of the resident canons at Leicester Abbey was Henry of Knighton, who wrote an influential chronicle of events in England between the Norman Conquest of 1066 and 1366. Knighton can be said to be one of the first true historians in Britain, and his work provides an invaluable historical resource. Part of the Chronicle details the course of the Black Death as it ravaged Leicester.

The Abbey declined in the 15th century and was forced to lease most of its estates. One abbot was accused of corruption and practising magic.

In 1518 a visitation by the Bishop of Lincoln found that the abbot, Richard Pescall, was fiddling the accounts, and let his hunting hounds roam throughout the abbey, fouling the church and chapter house. The abbot was later accused of bringing his personal jester into church services, and the jester would disturb proceedings with his buffoonery. The Bishop tried to remove the abbot from his position, but Abbot Pescall fought back by sending gifts and outright bribes to Thomas Cromwell. 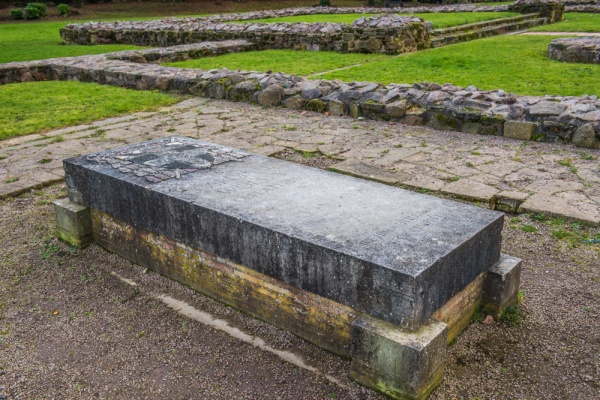 During the final years of Abbot Pescall's tenure, the abbey played a part in national affairs. In 1530 Cardinal Thomas Wolsey, Henry VIII's powerful Chancellor, fell from favour after his failure to secure the Pope's permission for Henry VIII's divorce from Catherine of Aragon. Wolsey was arrested in York on a charge of treason, and faced an almost certain death penalty.

While Wolsey was being transported from York to London for trial he fell ill, possibly as a result of colic from eating baked pears. On 26 November 1530 Wolsey reached Leicester and is said to have told the abbot, 'I am come hither to leave my bones among you'. He died 4 days later on 30 November. His corpse was displayed to the public and was then buried near the high altar in the abbey church.

In 1538 the last Abbot of Leicester surrendered the abbey to the king's commissioners and accepted an annual pension of 200 pounds, a very sizeable sum for the time. He did not have long to enjoy his pension, however, for in 1552 Edward VI suspended all pension payments over 10 pounds.

Most of the monastic buildings were destroyed and robbed for building stone. The abbey site passed through several hands before it was acquired by Henry Hastings, 3rd Earl of Huntingdon, in 1572. The Earl's brother Sir Edward Hastings bought the property and lived in the abbey gatehouse while the site was developed to become a residence. Sir Edward's son sold the mansion house to Sir William Cavendish in 1613, and as a result, the mansion became known as Cavendish House. 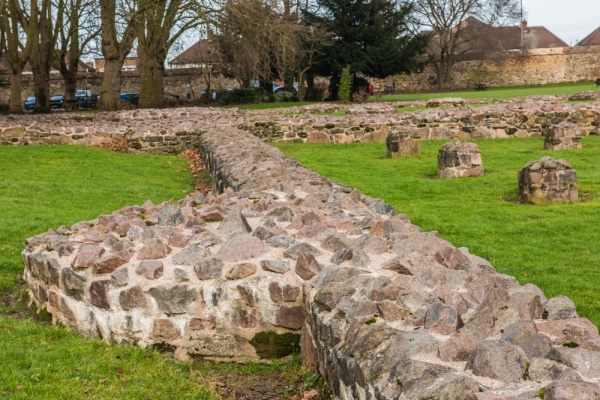 Cavendish, 1st Earl of Devonshire, intended the abbey to become his major residence, and enlarged the mansion still further, but his heirs decided to make Chatsworth House in Derbyshire their main residence, and Cavendish House became a dower house.

During the Civil War Cavendish House was used by King Charles I after his successful siege of Leicester. When the king and his entourage left the house was ransacked and burned by Parliamentary soldiers. It was never restored.

The abbey site was eventually purchased by the Leicester Town Council and transformed into a public park known as Abbey Park.

The abbey ruins stand at the north-eastern edge of Abbey Park, about a 20 minute walk north of the city centre. The abbey church and associated monastic buildings survive only as low foundation walls. Within the abbey church is a modern memorial to Cardinal Wolsey, near the presumed site of the high altar. Wolsey's exact burial site has never been found, though generations of archaeologists have tried and failed to find his remains.

Within the abbey ruins are the remains of a detached kitchen, served by rainwater drains providing a source of [relatively] fresh water. Archaeological investigation of the kitchen shows that the canons ate a diet focussed on cattle, sheep, goose, and fish, augmented with cereals and legumes.

A short distance from the abbey foundations is a recreated Lavender Maze Garden, on the site of a former rose garden. 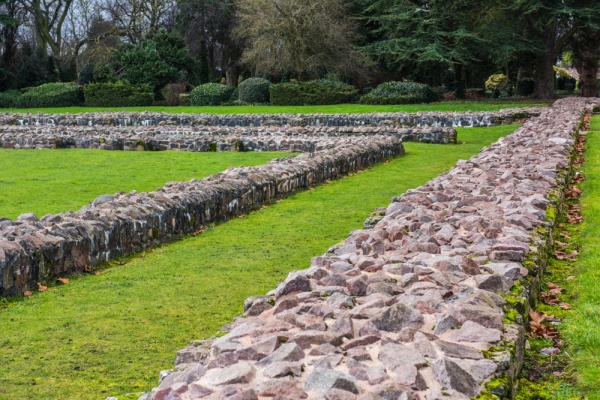 The Abbey Park site is enclosed within a precinct wall of brick and stone. The precinct wall dates to at least the 14th century, though much of what we see today was the work of Abbot Penny (1496-1507). Built at the very height of the Abbey's wealth, the wall incorporates an outer gatehouse and corner towers. It is pierced with arrow slots. The most impressive section is the south-western corner along St Margaret's Lane, dating to around AD 1500.

This features elaborate diaper work; elaborate patterns of red and black bricks creating religious symbols such as the sacred IHS and MR initials as well as Abbot Penny's own initials JP. In the south-west corner is a niche that once housed a statue of the Virgin Mary. Abbot Penny was a native of Leicester who served as Abbot of Leicester from 1496 and was later named Bishop of Bangor. He died in 1520 and is buried in St Margaret's church a short distance south of the Abbey Park.

Abbey Park and the abbey remains are open daily throughout the year and are free to enter. There is no easy parking place, so we simply chose to walk up St Margaret's Way from the city centre, an easy walk of 15-20 minutes.

More self catering near Leicester Abbey