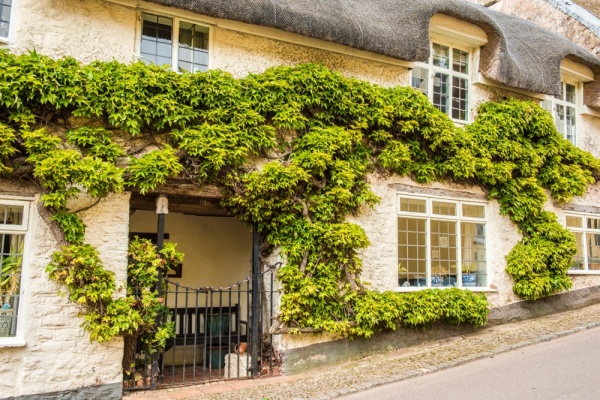 Stogumber is a pretty village in an idyllic countryside setting between the Brendon Hills and the Quantocks in north-west Somerset. Looking up High Street in Stogumber is like travelling back in time, with pretty thatched and brightly-painted cottages and shops.

By the late medieval period, Stogumber was an important centre for the wool and cloth trade. There was a thriving cottage industry, with local families combing, spinning, and weaving locally raised wool before the finished cloth was transported to Watchet or to Minehead for shipment to markets further afield.

The wool industry suffered when turnpike roads were built in the early 19th century, effectively bypassing the village.

The Stogumber village website relates the fascinating story of a miller named William Bacon, who in 1784 sold his wife and four children to a labourer named Robert Jones, who paid a grand total of 5 shillings, roughly equivalent to 25 pence.

The village boasts a combined village shop and post office, a school, a country pub, and several small specialist shops. The largest activity in the area is farming, and there are about 600 residents in the parish, covering outlying hamlets and farms. There is a busy cricket club and an annual Gardens Open festival in June attracts visitors to the village. Stogumber First School was founded in 1833 by a member of the Trevelyan family of Nettlecombe Court.

The parish church of St Mary dates to at least the 14th century. Historical highlights include the richly carved tomb of Sir George Sydenham of Combe Sydenham Hall, the father-in-law of Sir Francis Drake. Sir George's daughter Elizabeth was Drake's second wife and married him in a ceremony at nearby Monksilver Church, but Sir George was buried here at Stogumber, under an ornate double canopy of beautifully detailed stone.

Other features in St Mary's Church include a 1585 memorial brass of Margery Windham, 16th-century carved bench ends, and a rare medieval stone pulpit, one of only two in Somerset. 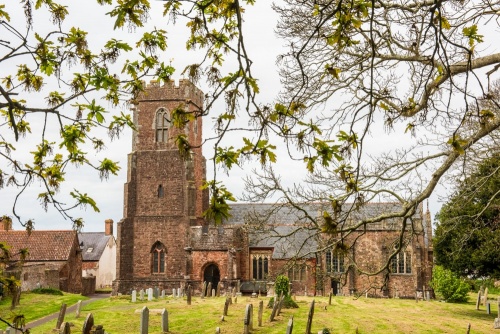 In contrast to the medieval parish church is The Old Chapel, begun as a Baptist chapel in 1868 on the site of an earlier chapel constructed in 1729. The Stogumber chapel was the oldest in the Exmoor area and one of the few chapels in England with a history going back to the legalisation of non-Conformist worship.

The first chapel was endowed in 1690, just a year after The Act of Toleration made it legal for non-Conformists to worship openly, though the building was not constructed for another 39 years. The Old Chapel is now used as an arts centre.

There are 67 listed buildings in Stogumber, including several thatched cottages. One of these is The Old Post Office, built in the 17th century and noticeable for the red George VI letterbox set into its pink-rendered exterior wall. Don't confuse The Old Post Office with The Post Office, another thatched 17th-century building at the edge of the village. 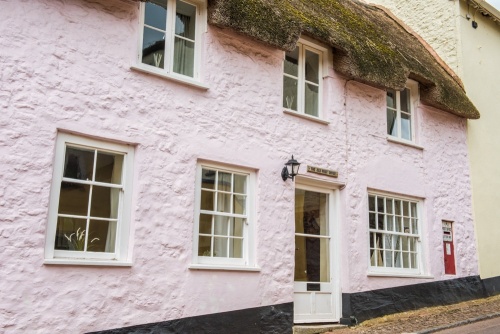 Beside the Old Post Office is Swan House, a Grade II listed thatched building erected in the 16th century. Look for an old mounting block on the west side of the building.

In the centre of the village is the White Horse Inn, a traditional 18th-century coaching inn with a late 19th century stables. The stables were converted into a skittles alley in the middle of the 20th century. An adjoining market hall was built beside the inn in 1800 but it fell out of use around 1860. The market hall is now the White Horse's restaurant.

On High Street is The Old Vicarage, built in the middle of the 15th century as an open-plan medieval hall house with a solar over a service wing. The hall house was altered over the following two centuries and now a private dwelling.

The Old Vicarage is one of four houses in Stogumber listed Grade II* for their heritage interest. The others include Hartrow Manor, a late 16th-century manor house rebuilt in 1830. Another Grade II* listed building is The Chantry on Vellow Road, built in the early 16th century as a chantry chapel and dedicated as The Chapel of Our Lady Sweetwell at Vellow. 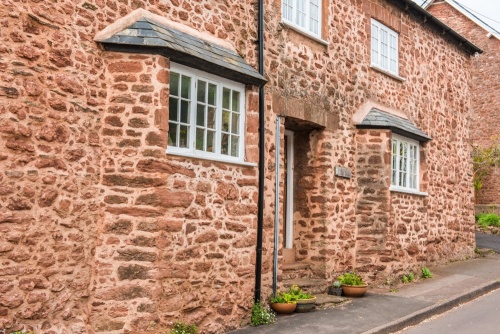 On Brook Street is Clouters Cottage, a 17th-century farmhouse of sandstone rubble under a tile roof. The final Grade II* listed building is a former tithe barn at the entrance to the churchyard. The tithe barn was probably built in the 17th century of red sandstone, with the interior supported by traditional cruck timbers trusses.

Other interesting historic houses include The Almonry, begun as a set of almshouses founded by Sir George Sydenham. The almshouses were established to accommodate six poor widows. The Almonry residents were probably better off than the people housed in the parish workhouse, which was in operation from 1752-1840. Residents of the workhouse may have been acquainted with the local policeman who lived at Brig House. The house took its name from the naval term for a gaol, or lock-up.

On High Street is Swan House, which began as the Swan Inn in 1575. A local legend says that in the aftermath of the Monmouth Rebellion in 1685 the infamous Judge Jeffreys held court in the Swan Inn and there sentenced three Stogumber men to hang for their part in Monmouth's Rebellion. There is no documentary evidence to support the story, but we do know that at least one resident was convicted for his part in the Rebellion.

The popular Channel Four TV series Time Team visited Stogumber in 2003. The Time Team archaeologists excavated in the front garden of Zinch House, looking for evidence of a Saxon village. The house itself dates to the 15th century. 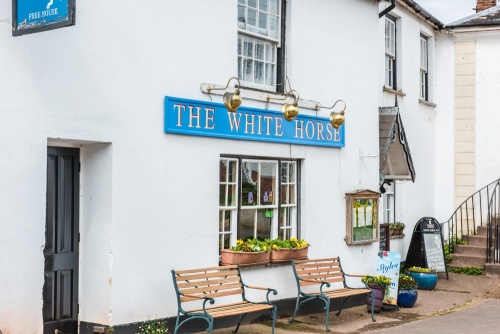 More self catering near Stogumber

More bed and breakfasts near Stogumber