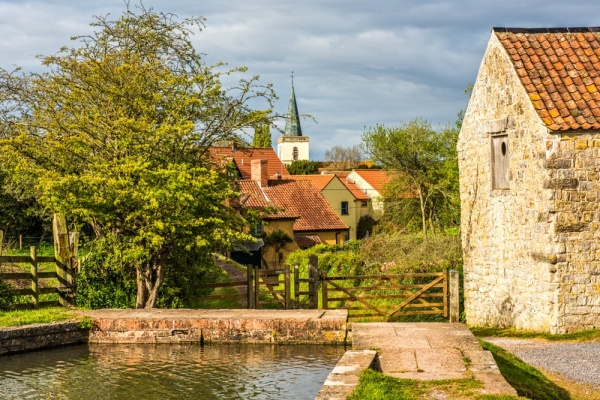 Stogursey is a pretty village in north-west Somerset, between the Quantock Hills and Bridgwater Bay. At the time of the Domesday Book of 1086, the village was known simply as Stoke, meaning a farm or small settlement, usually one dependant on a larger settlement nearby.

Shortly after the Norman Conquest, William the Conqueror granted large estates in Somerset to one of his supporters, a man named William de Falaise. Falaise built a ringwork fortification here as part of a string of similar fortifications intended to protect the Somerset coast from attack. That fortification was later expanded and rebuilt as Stogursey Castle, of which more in a moment.

Though small today, the Normans intended Stogursey to be a borough, a thriving town acting as an administrative and trading centre for the surrounding area. A 13th-century borough seal survives, showing an imposing four-storey castle with the inscription 'SIGILL COMMUNE BURRGENSIUM DE STOKES CURCI', which translates as 'Common Seal of the Burgesses of Stokes Courcy'.

The borough of Stoke had its own jury at the Circuit Court and it was taxed as a borough from 1306. Stoke Courcy sent MPs to Edward III's Parliaments but it must have proved an expensive proposition with limited benefits, for the burgesses petitioned the king to be excused from sending MPs, calling it a 'very dubious and expensive honour'.

In the 12th century, the Stoke (Stogursey) estate passed through marriage to William de Courcy (or Curci), so the settlement became known as Stoke Courcy. The passage of time and the strong Somerset dialect transformed Stoke Courcy into Stogursey. Try saying the name quickly several times in a row and you will see how easy the transformation was.

Under the de Courcy influence, Stogursey developed as a market town. The area of the medieval market took in the space bounded by the High Street and St Andrew's Road. At the west end of the market was the Market Cross, still evident today, though very worn. By the end of the medieval period, the marketplace diminished in size as houses were built around the edge. 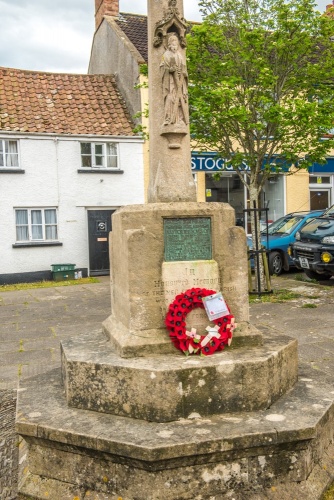 In the late 11th century a church was built under the patronage of the Falaise family. Sometime before 1107 William de Falaise and his wife gave the church to Lonlay Priory in Normandy, located near the town of Falaise itself, where William's ancestors had originated. Monks from Lonlay arrived in Stogursey by 1120 and built a new priory as a daughter house of Lonlay. They shared the use of the priory church with the townsfolk.

Stogursey (or Stoke Courcy) Priory was an 'alien house', that is it was populated by foreign monks and sent its profits overseas. It fell victim to Henry V's 1414 decree that effectively seized all alien houses. The priory passed into Crown control and remained there until 1440 when Henry VI included it with his endowment of Eton College.

Very little remains of the Priory today. Fragments of monastic stonework are incorporated into Priory Farm, on the hill overlooking the churchyard. The best-preserved part of the Priory is a circular dovecote beside the Farm. 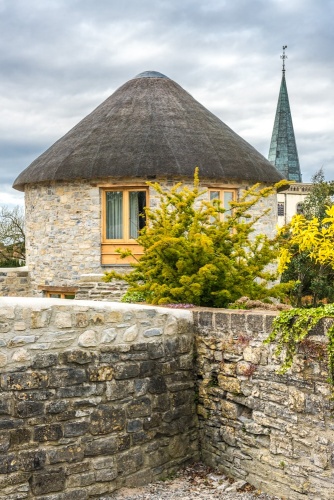 As for the church itself, it survived the Dissolution of the Monasteries because it also served as the parish church. Historical highlights inside the church include beautifully carved Norman capitals in the crossing, the only remaining Norman architecture in the church.

There are two Norman fonts, one original to the church and the other brought here from Lilstock. In the Verney Chapel are a pair of medieval effigies. The oldest depicts William de Verney (d 1333), and nearby is a memorial to William's grandson John de Verney (d 1447).

One very odd feature is an iron ring fixed to a pillar. It is said to be a medieval sanctuary ring, offering temporary safety to any criminal who could grasp the ring before being captured. 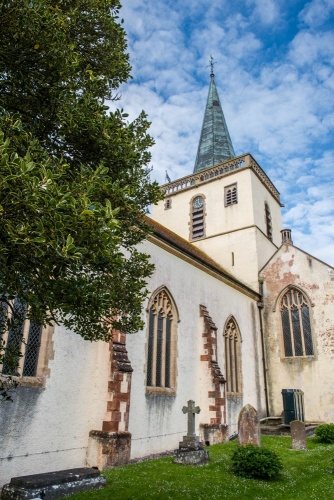 Earlier we mentioned William de Falaise and his ringwork fortification. The ringwork was transformed into a moated motte and bailey castle in the late 12th century by William de Courcy. King John came here in 1210 and lost 20 shillings gambling with his host.

The castle was later seized by the Crown and was owned briefly by both Catherine Howard and Catherine Parr, the fifth and sixth wives of Henry VIII respectively. The thatched castle gatehouse was restored by the Landmark Trust and is now a holiday cottage. You can easily reach the castle by a footpath at the end of Castle Street. There is no access to the castle interior but you can get very good views from the footpath, which skirts the edge of the moat. 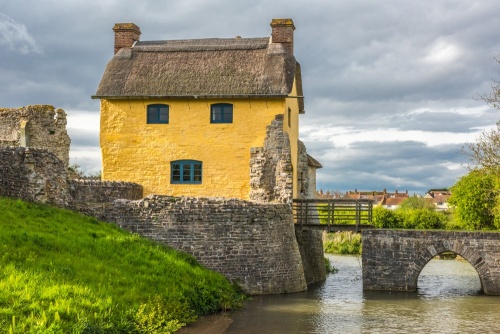 Down a pretty cobbled lane off the High Street is a Victorian gateway, giving access to a medieval holy well dedicated to St Andrew. During the medieval period, the holy well was said to have healing properties. There are actually two springs, gushing out into stone cisterns. The right-hand spring is said to have softer water and be better for washing clothes. For many years the holy well provided the only clean drinking water in Stogursey. Look for the Egmont family coat of arms on the interior face of the gateway and the Acland coat of arms on the outer face. 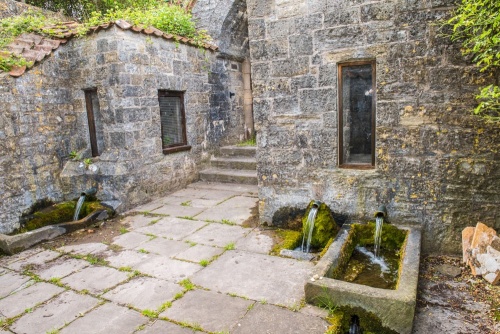 The man responsible for the gateway was Sir Peregrine Acland of Fairfield. Acland also gave the village its school, a wonderful example of Victorian Gothic architecture. Acland's gift was in thanks for the recovery of his daughter Isabel from a serious illness.

There are 63 listed buildings in the parish, including Steyning Manor, built in the late 15th century, and The Old Vicarage on Church Street, erected in the 16th century but incorporating an earlier medieval building. Also 16th century are Cross Cottages on St Andrew's Road. On Knighton Lane, beside the Baptist Chapel, is The Manse, a Grade II listed building dating to the late 18th century. The Chapel itself was built in 1833.

On St Andrew's Road are the Pawlett Almshouses, established in the early 15th century by William Pawlett, or Paulett, of Bere. The original almshouses provided a home for six poor people of the parish. Pawlett's will required that a bell, known locally as the 'Ding Darling Bell', be rung daily to call residents to recite the Angelus. The medieval almshouses no longer stand; they were replaced in 1821 by the present building which still offers a home to three men. The original Ding Darling Bell is still rung twice daily.

Just outside the village is Fairfield House, a medieval manor house that has been the home of the Acland-Hood family for over 8 centuries. There are regular house tours during the summer months. 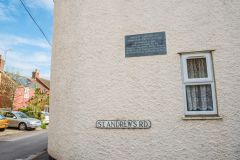 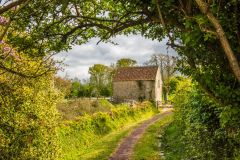 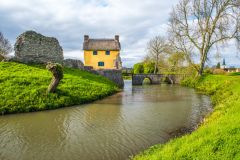 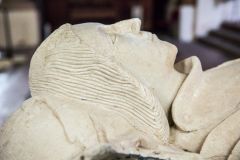 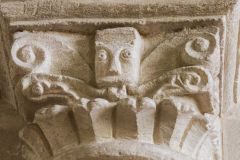 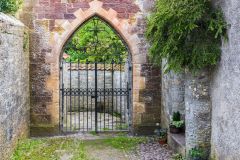 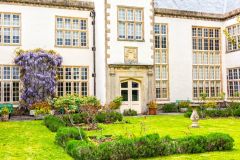 More self catering near Stogursey

More bed and breakfasts near Stogursey