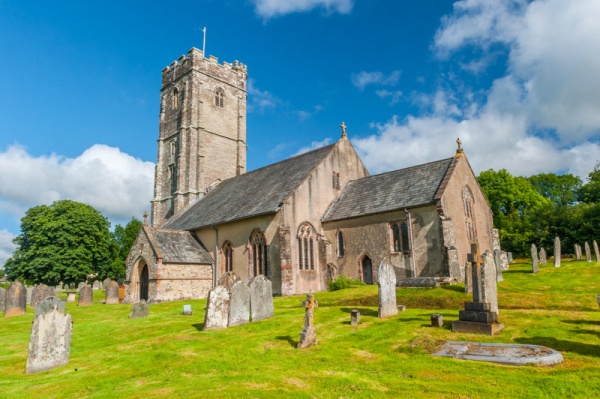 Winsford is arguably the prettiest village in Exmoor, a picturesque mix of thatched cottages set in an idyllic landscape setting of green hills and moorland. On a steep hill overlooking the village centre stands the medieval parish church of St Mary Magdalene.

The church dates to the early Norman period, though most of the present building is a product of the 14th and 15th centuries. The striking three-stage tower rises to a height of 90 feet. The height is unusual as most moorland churches tend to have short, squat towers.

In the tower hangs a ring of six bells. The tenor bell has the intriguing inscription, 'Religion, death, and pleasure make me ring'. The four oldest bells were cast in 1765.

The ancient origins of the church are evident in the stonework of the 12th-century doorway arch, topped with an ornately carved niche.

The niche was intended to hold a statue of the church's patron saint, which in this case was not St Mary Magdalene but St Peter. The rededication to St Mary Magdalene came later. There may have been a yet earlier dedication for the worn carving on the niche depicts what may be a broken wheel, the symbol of St Katharine.

The wooden door hangs on 13th-century hinges possibly made by a monk at nearby Barlynch Priory. The priory held the right to present vicars until the Dissolution of the Monasteries under Henry VIII. In 1589 Henry's daughter Elizabeth I granted Winsford church to the Master and Fellows of Emmanuel College, Cambridge. 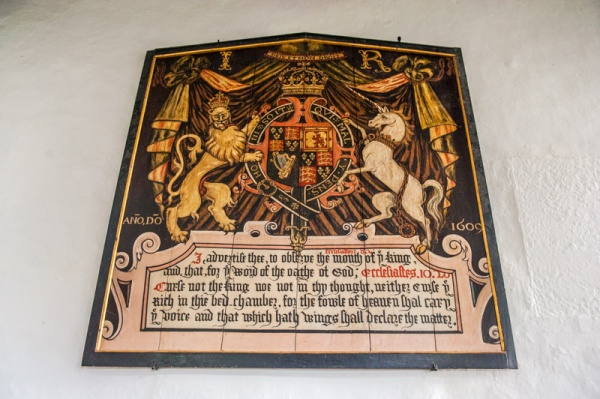 The chancel and sanctuary also date to the 13th century. Near the altar is a tomb-like structure that may have served as an Easter Sepulchre. The east window retains fragments of 14th century stained glass depicting the Madonna and Child. The glass contains a partial inscription in Latin text reading 'Orate pro animabus domini ... vicarius huius' which asks for prayers for the souls of two people, one of whom was a former vicar of Winsford.

If you stand in the centre of the nave you can clearly see that the pillars of the south arcade lean outwards, probably as a result of carrying the weight of a heavy roof. Above the chancel arch are two pairs of small windows, an unusual feature in Somerset though common further north in the Cotswolds.

On the north aisle wall is a very large royal coat of arms to James I. This is, according to the information church guidebook, one of only four coats of arms surviving from James I's reign. It is dated 1609.

From the same era are the pulpit and finely carved communion rails. There are few interesting memorials, but the church does boast some 18th-century slate tablets, including one to the Oxenham family.

JD Seddings sensitively restored the church in 1890 but Winsford has largely avoided the worst excesses of Victorian restoration.

Winsford church is normally open daylight hours for visitors and was open when we visited. 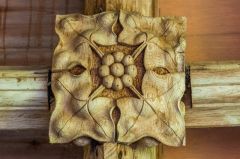 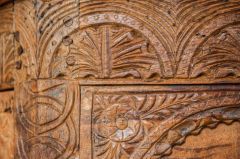 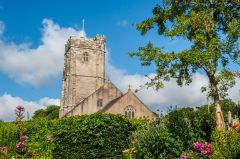 Self Catering near Winsford