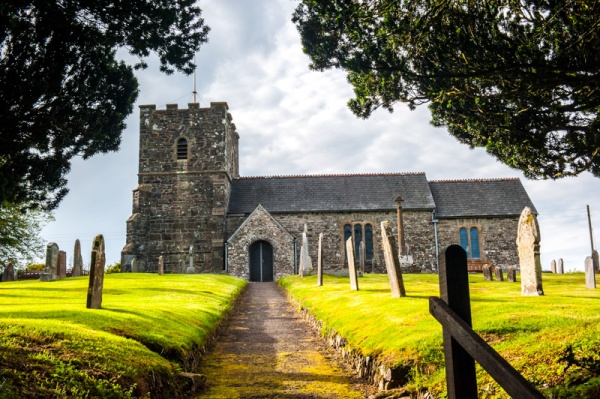 Withypool is a pretty village on the River Barle in the heart of Exmoor National Park. The oldest building in the village is the parish church of St Andrew, which dates to the early medieval period.

Though the manor was mentioned in the Domesday Book when it was held by Robert d'Auberville, there was no record of a church. The earliest historical feature is a 12th-century font at the west end of the nave.

The font is shaped like a chalice, with a round, fluted bowl decorated with traditional Norman scallop carvings and a band of chevrons around the rim. The bowl is set upon a cylindrical shaft that itself stands on a drum base decorated with roll moulding. The style of carving suggests a date around 1170.

Another ancient feature is a fragment of a medieval carved stone depicting part of a cross, set into the northwest buttress of the west tower. 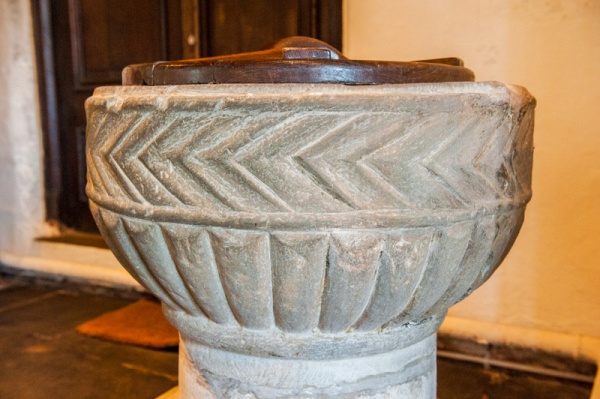 The church consists of a chancel and nave with an arcade of three bays, a north aisle, and a south porch. It is built throughout of locally quarried rubble.

There are scarcely any memorials of note, but there is a worn 1804 slate tablet commemorating Dorothy Adams, who died in 1804 at the age of 72. The effusive epitaph recalls her 'Extraordinary Virtue' and her 'Chaste, Just, Prudent ...' behaviour.

St Andrew's is a lovely country church. It does not boast a wealth of historical interest, but the setting is outstanding and the Norman font is well worth a look.

As far as we can determine the church is usually open to visitors; it was certainly open when we visited in the early evening on a June day, much later than we would normally expect to find a church open in less trusting parts of the country! 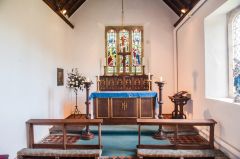