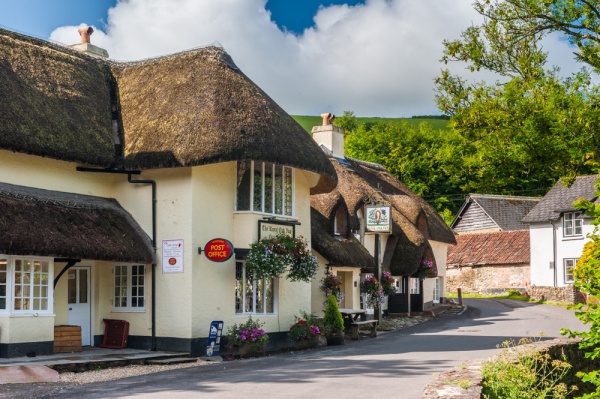 The Somerset village of Winsford is perhaps the prettiest village in Exmoor National Park. The village nestles at the foot of high, green hills, at the confluence of the River Exe and Winn Brook. Eight bridges cross the Exe and its tributaries here, but if you don't fancy using a bridge there is also a cobbled ford.

To the south of the village atop Winsford Hill is the Caratacus Stone, a medieval memorial stone with a 6th-century inscription. Though it is presumed to be a memorial, an excavation on the site did not reveal any signs of a burial. The Latin inscription has been interpreted as 'grandson or immediate descendant of Caratacus', a reference to the 1st-century British leader Caratacus.

Winsford Hill is also home to the Wambarrows, a Bronze Age burial site. A herd of Exmoor ponies wander freely on Winsford Hill.

The village was mentioned in the Domesday Book of 1086 when it supported a population of just under 100 - and 52 sheep. 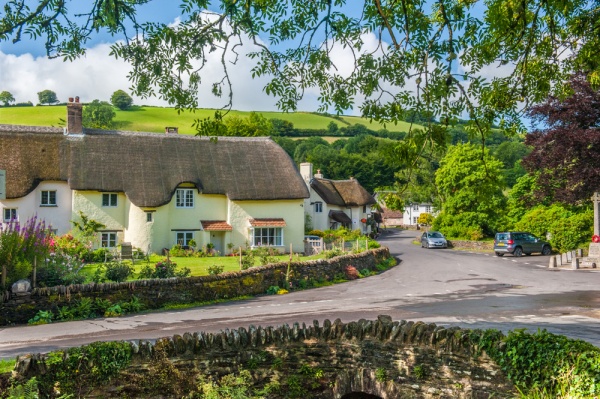 Thatched cottages and a medieval bridge

On The Steep, looking down on the village centre, is the medieval parish church. The church dates to at least the 12th century, but most of the present building is 14th and 15th-century work. Historical highlights include 14th century stained glass, 13th-century ironwork on the south door, and an almost unique royal coat of arms to James I, dated 1609.

At the heart of the village is The Royal Oak Exmoor, a picturesque thatched country pub. The present Royal Oak dates to the 16th century and is made of local rubble under a thatched roof. The history of the inn building dates back much further, however, perhaps as early as the 12th century. Beside the inn is the village shop and post office.

One legendary Exmoor character who would have known Winsford well was Tom Faggus, a 17th-century highwayman who haunted the area around Winsford and into Devon. Faggus was something of a Robin Hood figure to the locals, a dashing thief who only robbed from the rich and left the poor alone. His exploits were immortalised in the novel Lorna Doone by RD Blackmore.

The inn is just one of 21 listed buildings in Winsford. Others include the 16th century Old Vicarage and the semi-detached thatched 18th-century cottages called Winn Cottage and Thorn Cottage. 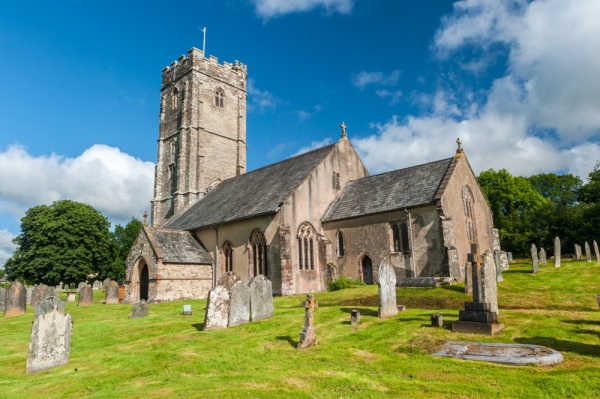 With all these thatched cottages it perhaps comes as a surprise that there is also a Grade II listed telephone kiosk in the village. It is the famous Type K6, designed 1935 by Sir Giles Gilbert Scott.

West of the village is The Punchbowl, a geological hollow created by glaciation during the last Ice Age. A more fanciful local legend attributes the Punchbowl's shape to the actions of the Devil, who, it is said, wanted to make a well so he scooped out the soil with his hands and threw it over his shoulder, creating Dunkerry Hill behind him.

Just a few miles away is the Tarr Steps, an ancient clapper bridge across the River Barle.

Winsford is one of the prettiest villages you could ever hope to see. I came here on a sunny morning in July, on my way to the Somerset coast. I had no plans to stop, but as soon as I entered the village and saw the packhorse bridge and the beautiful thatched inn I knew I had to stop and explore! 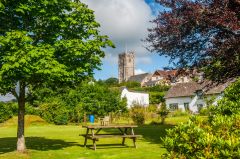 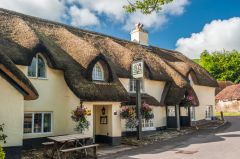 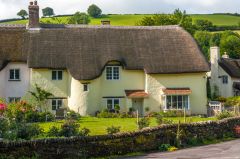 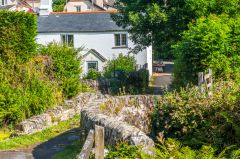 More self catering near Winsford

More bed and breakfasts near Winsford

Self Catering near Winsford