HERITAGE HIGHLIGHTS:   Located near a pair of Iron age hillforts 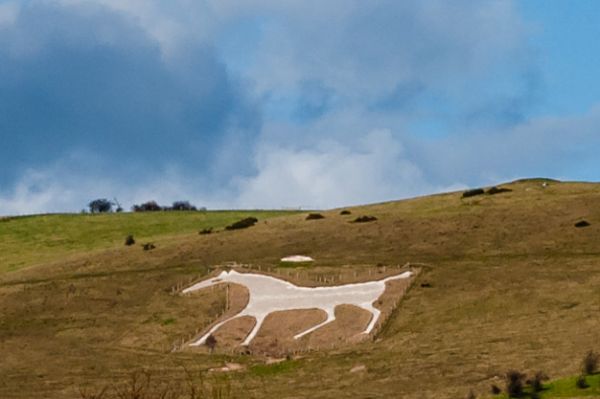 Cut into the southern slopes of Milk Hill, about a mile north of Alton Priors village, is the figure of a white horse, one of 8 similar hill figures in Wiltshire. Though the white horse may appear ancient, it is in fact, only 2 centuries old.

The hill figure was created at the instigation of a local landowner named Robert Pile, who may have been responsible for a similar white horse at nearby Pewsey. Pile hired a journeyman painter by the name of John Thorne and paid him 20 pounds to design the horse. Thorne then subcontracted the actual work to John Harvey. 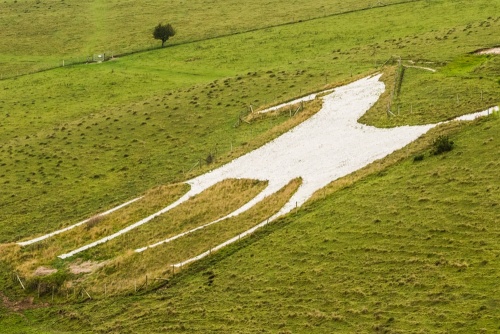 The white horse from the east

It seems that Thorne was a bit of a rascal. Before the work was complete, Thorne absconded with the money, leaving Robert Pile to pay Harvey for the work. As for Thorne, records show that he was captured and hanged, though it isn't clear for what crime.

The shape of the horse has changed several times over the years. The neck has been thinned and the eye enlarged. Also, the original design had no ears or lips, so these have been added.

Like all chalk horses, the Alton Priors horse needs regular scouring to keep its appearance up. Most recently, this upkeep involved bringing in over 150 tonnes of fresh chalk by helicopter, which was used to resurface the horse. 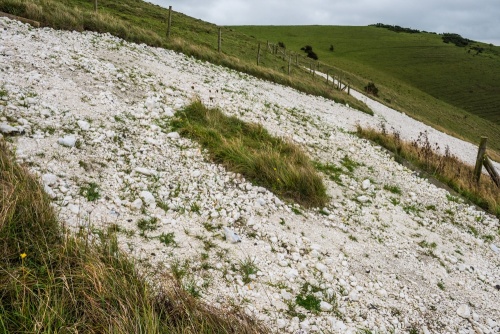 The horse is very close to a pair of Iron Age hillforts, atop Milk Hill and Walkers Hill. The figure is roughly 160 feet high and an equal amount wide.

The hill figure is accessible via several footpaths from the village itself, but the easiest access is from a small parking area off the minor road between Lockeridge and Alton Barnes. Having said that, the best viewpoint is on the road itself, heading north from Alton Barnes.

We chose to visit the white horse on a circular walk from the Barge Inn at Honeystreet, on the Kennet and Avon Canal just south of Alton Barnes. We parked at the Inn, followed the towpath east to the road, then headed north to Alton Barnes where we turned east. We followed the footpath signposted to the Saxon church in Alton Priors.

After visiting the church we continued on the White Horse Trail long-distance footpath. The trail crosses the minor road in Alton Priors and heads up onto the downs. 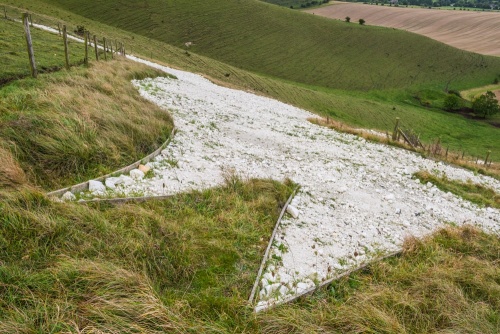 There is a brief zigzag left and then right to cross the minor road, and you emerge onto the downs where there is a useful information panel telling the history of Wiltshire's white horses. From the information panel just follow the obvious trail uphill, then west to the white horse. After viewing the chalk figure we kept to the trail, which continues west along the crest of the downs before turning south to Stanton St Bernard.

Just beyond the village, the trail rejoins the canal, where we turned east and followed the towpath back to the Barge Inn and a well-earned drink. The entire circular walk took about 3 hours, with plenty of stopping for photos. I highly recommend using an OS map!