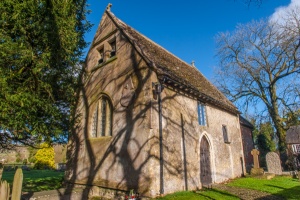 The ancient church of St Mary the Virgin, Alton Barnes, is set in a picturesque village in the Vale of Pewsey, below the chalk white horse of Alton Priors. William of Wykeham, Bishop of Winchester owned a grange here, which he later granted to New College, Oxford.

The church dates to the Saxon period, as evidenced by the long-and-short stonework surviving in the south-west corner of the building. There is also a partially blocked Saxon doorway in the north wall of the nave (now converted into a window opening). Another indicator of the ancient origins of the site is an aged yew tree in the churchyard, which is thought to be 1700 years old.

The nave roof is 16th century. While the nave is of stone, the chancel is built of red brick, rebuilt in 1748 but incorporating 14th-century windows brought from the chapel at Shaw-in-Alton. In the north chancel window is a very colourful piece of stained glass inserted in memory of Reverend William Lamplugh in 1737. Reverend Lamplugh was responsible for building the nearby rectory. The south chancel window has stained glass panels by Lawrence Whistler. 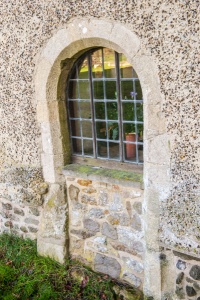 In the nave is a lovely 18th-century triple-decker pulpit and west gallery. The oversized font is also Georgian.

While the Georgian fittings are interesting, for me the most interesting features of the church are the tablet memorials to the Crowe and Hare families. The church guide says that the family members led 'colourful lives'. If you read the tablet inscriptions you will see just how true that is; one memorial commemorates Ensign William Crowe, who 'was killed in the disastrous attack upon the American batteries at New Orleans on the 8th of January 1815, aged 20', bravely bearing the banner of his regiment'.

The same memorial commemorates William's brother Captain Frederic Crowe, who died at Musulipatam on 9 July 1826 during the Burmese War.

Other Crowe memorials include William Crowe, Vice-Consul in Susa, and Frederic-Henry Crowe, British Consul in Cairo. 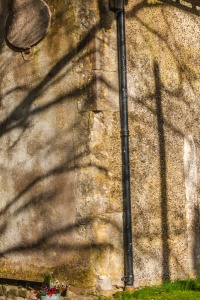 Two incumbent rectors were notable orators. William Crowe recorded his impression of life as a country rector in 'Lewesdon Hill', while Augustus Hare wrote an acclaimed volume called 'The Alton Sermons'. A collection of Hare memoirs called 'Memorials of a Quiet Life' paint a picture of rural life in the early 19th century. While Crowe is buried in the churchyard, Hare is entombed in Rome, near his friend, the poet Samuel Keats.

The oldest monument is to Warner South, a rector of the parish, who died in 1652. Set on the wall below this monument is a small rectangular memorial brass to William Budd (d. 1685). Another notable memorial is a wall tablet to Elizabeth Chandler (d. 1785).

St Mary's is within sight of a second historic church, All Saints, Alton Priors.

We actually did not intend to visit St Mary's at al! We came to Alton Barnes to visit the Churches Conservation Trust church of All Saints. It was only by sheer luck that I happened to spy the Saxon north doorway of St Mary's while walking back across the field from All Saints church. Intrigued, I came closer and discovered this delightful little building half hidden in a leafy churchyard.

The interior is an absolute delight, with Georgian box pews and a very nice west gallery. But the real treasure for me was examining the memorials in the chancel. Reading the memorial inscriptions is fascinating, telling the story of the eventful lives lived by the Crowe and Hare families. 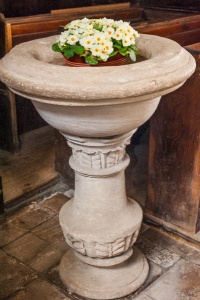 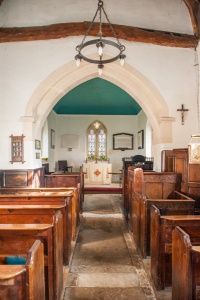 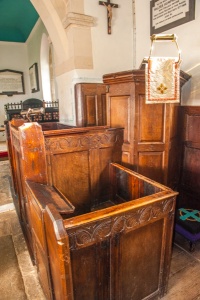 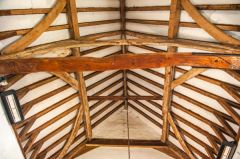 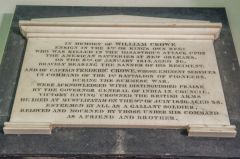 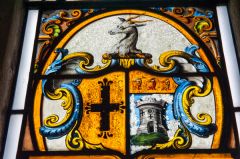 More self catering near Alton Barnes