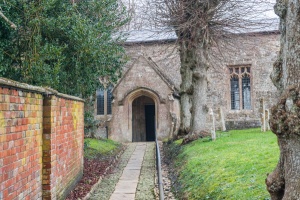 There was a church in Marden as early as the 12th century, and a written record from 1205 marks the grant of a church to John of Wells for the duration of his lifetime. The church was included in a royal grant of 1229, when it was given to Gilbert Basset. Gilbert's descendants eventually granted the church to Bradenstoke Priory, who retained the living until the Dissolution of the Monasteries under Henry VIII.

The church is approached up a sloping stone path, with beautiful thatched cottages to one side. The building is mainly constructed of sarsen rubble, dressed with harder freestone. The oldest part of the church is the 12th-century nave, and both the south doorway and the chancel arch are original 12th-century work.

The chancel was rebuilt in the 14th century and has a window of that date. The tower is 15th century, but the upper stage was torn down in the 17th century, only to be rebuilt and heightened in 1885 by architect ECE Ponting.

The nave roof appears to also be Victorian but is likely a replica of the 16th-century roof. 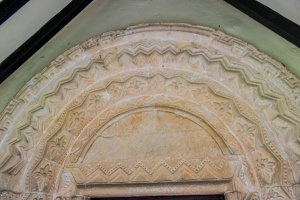 The octagonal font is 13th century, but extremely plain in style. The early Jacobean pulpit, however, is nicely carved, and still has its original tester, or sounding board, made to amplify the rector's voice during sermons.

There used to be a royal coat of arms to George III, dated 1772, set over the chancel arch. When we visited, however, the panel on which the arms is painted had been taken down and was stashed rather unceremoniously behind the chancel arch.

There are several extremely good wall monuments in the chancel, notably to the Hayward family. Among these are a memorial to Jane Heyward (1761), John Heyward (1778) and Philip Hayward of Orcheston (1760).

We weren't actually planning to visit All Saints; we were simply driving through the village when we spied the sign pointing to a '12th-century church'. Well, that was enough to make us stop! The setting is wonderful, with a stone path past thatched cottages butting up against the raised churchyard.

All Saints is a pretty rural church, in a very picturesque village. I'm very pleased that we took the time to stop and explore it. 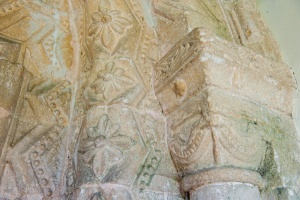 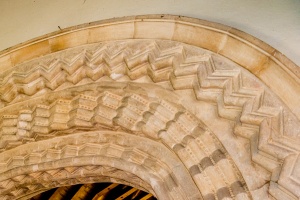 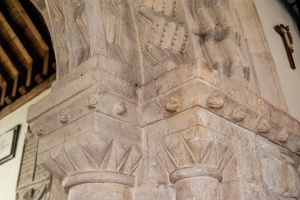 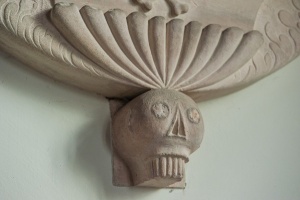 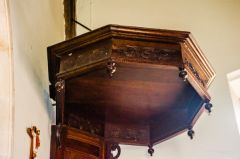 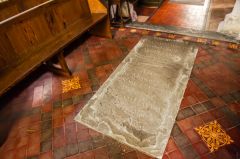 More self catering near Marden

More bed and breakfasts near Marden