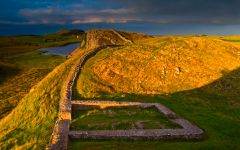 The news that the Pontcysyllte aqueduct has been awarded Unesco World Heritage Site status made me wonder what other UK sites had been awarded this recognition. It's a pretty impressive list. I've copied it here, with links to appropriate information within and without the BritainExpress.com website.