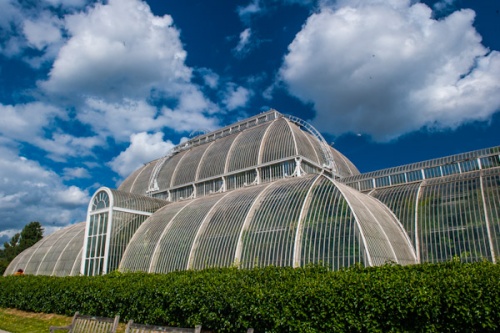 The Palm House at Kew Gardens

Three hundred acres of botanical delights grace Kew Gardens, which lies on the south bank of the Thames River between Richmond and Kew in the suburbs of south-west London. If you're a stickler for accuracy you might like to note that the proper way to refer to Kew is in the plural, i.e. Kew Gardens, not Kew Garden. This is due to the fact that centuries ago there were two estates here, Kew Estate and Richmond Estate. These estates were combined to [eventually] form the Royal Botanic Gardens.

The gardens are "Royal" because for many years the estates that now form the gardens were owned by members of Britain's royal family. King George II and Queen Caroline lived at Ormonde Lodge, on the Richmond estate. Their son and heir, Prince Frederick, leased the neighbouring Kew estate in the 1730s. 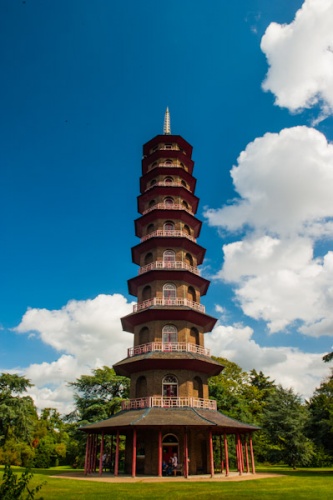 The Chinese Pagoda at Kew Gardens

Under Banks, Kew Gardens became a depository of the world's plant species and a centre of botanical research. After both Banks and George III died in 1820 the gardens fell into disrepair. They languished for several years until they were handed over to the state in 1840. The royal family donated some surrounding land, bringing the total area of the gardens up to 200 acres.

In 1841 the first official director of the Botanical Gardens was named, so that year is generally regarded as the foundation of the Royal Botanic Gardens. Sir William Hooker was the man charged with running the gardens, and he was responsible for founding the Museum, the Department of Economic Botany, the Library, and the Herbarium.

In 1848 the Palm House was added, followed in 1860 by the Temperate House. Both of these huge greenhouses were the work of Decimus Burton. The Palm House is a wonder of glass and iron, and its design influenced that of other glass and metal structures during the Victorian period, including the Crystal Palace erected for the Great Exhibition of 1851.

Further bequests of land led to the expansion of Kew, and it reached its current size of 326 acres in 1902. 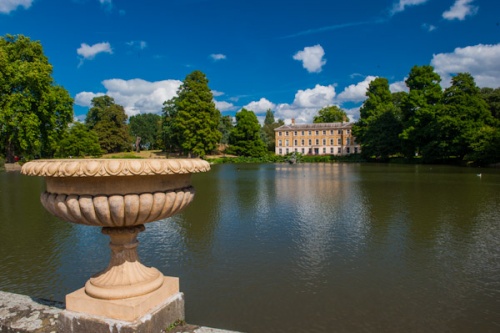 The gardens today present an enjoyable mix of landscaped lawns, formal gardens, and greenhouses. Equally important, Kew functions as a botanical research centre and maintains the largest plant collection in the world.

The various greenhouses display plants from across the world in climate-controlled environments, while Kew Gardens Gallery houses art and photographs illustrating botanical themes. Queen Charlotte's Cottage (open only in summer) is a pretty summerhouse nestled in the woods. The Chinese Pagoda (1762) is arguably Kew's most recognizable structure.

For children there is room to roam and the Treetop Towers play area. The Palm House has cast iron spiral staircases up to a high-level walk and down to the aquarium in the basement. Children and adults will enjoy the outdoor treetop walkway, an 18 metre high, 200-metre pathway at treetop height.

Kew Gardens is a terrific antidote to the pavement of London. It is large enough to provide leg-stretching walks through the Arboretum and around the lakes. There are plenty of themed gardens for inspiration. Shelter from inclement weather can be found in the numerous greenhouses, cafes and restaurants, and museums and art galleries.

NOTE: Kew is one of the most popular visitor attractions in the London area and can, therefore, be extremely crowded during the summer months, particularly on summer weekends.

Kew is open summer and winter. If you're interested in seeing something in particular though, check their website to be sure it is also open. Kew Palace, for instance, is only open part of the year (and has an additional admission charge).

ENTRY: fee charged. The gardens have a rather complex system of entrance fees, depending on which attractions you want to visit. For example, there is a separate entrance fee for admission to Kew Palace. 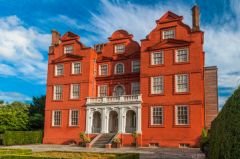 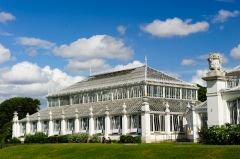 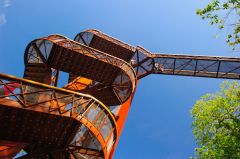 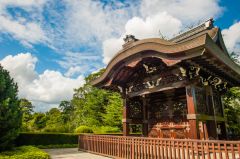 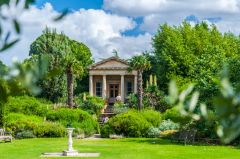 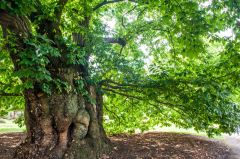 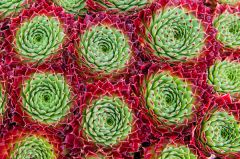 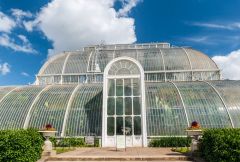 Note: You can get Free Entry to Kew Gardens with the London Pass

More self catering near Kew Gardens