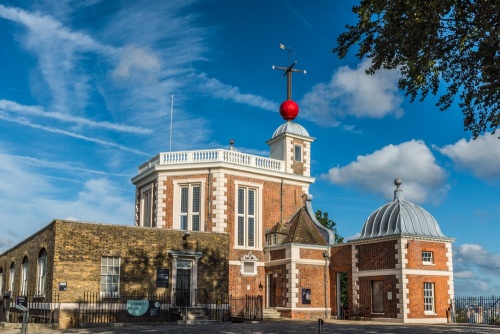 Part of the National Maritime Museum, the Royal Observatory is official home to the Prime Meridian, and Greenwich Mean Time. You can straddle the meridian line in the courtyard outside the building and have one foot in each hemisphere. Inside, the fascinating museum traces the attempts to establish reliable navigation and time measurement.

Greenwich Hill rises above the surrounding parkland, with a commanding view over the River Thames. The location was perfect for a small castle linked to the Tudor royal palace by the river. The castle site was used to create a purpose-built observatory for John Flamsteed, the Astronomer Royal, in 1675.

Why was an Observatory Necessary?

The new Observatory was established on the insistence of Sir Jonas Moore, Surveyor-General to Charles II. Moore recognised the problems caused to seafaring navigators because there was no standard to determine longitude.

Without a standard method to measure longitude, it was impossible to measure distance east and west, thus no sea navigator could determine a course with any exactitude. It was to solve the problem of seafaring navigation that Charles II agreed to set up Flamsteed in his new Greenwich observatory. 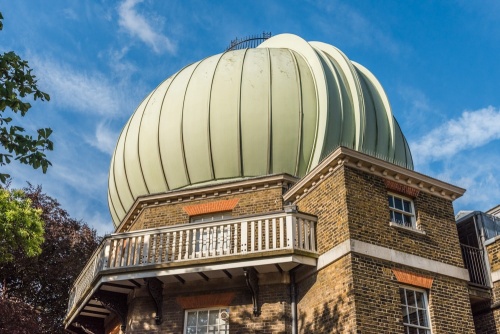 This problem was emphasised in 1707 when a fleet commanded by Sir Cloudesley Shovel went aground on the Scilly Isles, with a loss of over 2,000 men. In 1714 Parliament offered a reward of 20,000 pounds to anyone who could solve the problem of determining longitude with precision.

Despite the research of Flamsteed and subsequent Astronomer Royals it took nearly 6 decades before a Yorkshire clockmaker named John Harrison created a precision timepiece known as H4 that solved the longitude problem. Harrison's ground-breaking timepieces are on display in a special gallery, along with other early measurement tools used by navigators and astronomers.

The house is based around an octagon chamber, with telescopes mounted by the windows and niches cut into the panelling for a variety of clocks. The family living quarters were beneath the octagon, and were quite a bit less luxurious! 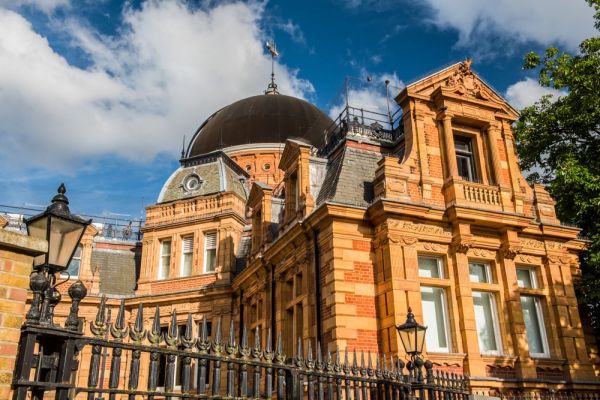 Flamsteed actually carried out most of his observations from two small buildings in the garden; Sextant House and Quadrant House. These were rebuilt from the 1720s to form the Meridian Building, which kept being enlarged as new Astronomer Royals added new equipment. The precise location of Zero Meridian moved each time, until it was set in 1851 on the line of Airy's Transit Circle telescope.

Flamsteed was a meticulous astronomer, but he was also very jealous of his work. He did not want to publish his findings in any way until he was convinced it was as complete as it could be. It took a court decision forcing Flamsteed to publish preliminary findings for British navigators to begin to take advantage of his research.

Flamsteed was so angry at being forced to publish some of his work that he burned hundreds of his papers, so that the work was lost for good. Despite these troubles, the star charts made by Flamsteed and the astronomers who followed him made British sailor's ability to navigate the seas vastly superior to any other nation.

The importance of Flamsteed's research meant that the site of the Royal Observatory was used as a point of reference for navigation. In 1884 an international convention officially recognised Greenwich as the Prime Meridian, the reference point for longitude measurement around the world. The Prime Meridian is very precisely marked by cross-hairs on the Transit Circle telescope. 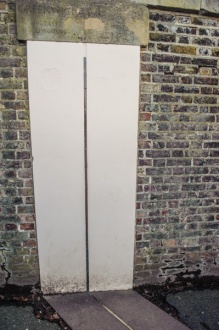 The Prime Meridian line,
set in the exterior wall

The official Zero Meridian Line is also marked by a groove in the cobbled courtyard outside Flamsteed House, and by a line on the brick wall outside the Observatory. This external mark usually has visitors lined up to take family photos of people straddling the line; one foot in each hemisphere!

Also set into the external wall of the Observatory is the Shepherd 24-Hour Gate Clock, one of the first electrically driven public clocks, installed in 1852. The dial is set to Greenwich Mean Time (that is, it does not take into account the 1 hour switch to British Summer Time). The clock is accurate to 0.5 of a second.

Beneath the Shepherd Clock is an Ordnance Survey bench mark plaque marking the official height above sea level, and a set of standardised British Imperial measures. The measures were mounted here sometime prior to 1866 to allow the public to check measures of length against officially standardised lengths. They consist of protruding D-shaped studs set exactly 1 yard, 2 feet, 1 foot, 6 inches, and 3 inches apart.

Atop a corner turret of Flamsteed House is a large red ball on a gilded pole, installed in 1833. Every day at precisely one o'clock the ball rises to the top of the pole, then drops to the bottom. The ball system was created so that ship captains on the river could set their clocks precisely, and use 'Greenwich Mean Time' for their navigation. Time measured from the Royal Observatory ball was the most precisely measured time in the world.

The Observatory is linked to the modern Planetarium further up the hill, where visitors can enjoy stargazing and regular audio-visual journeys through the Universe. Immediately outside the Observatory entrance is a statue of General James Wolfe, hero of the Battle of Quebec. From the railing below the statue you can enjoy fabulous views down the slope of the hill towards Queen's House and the Old Royal Naval College. This is one of London's great views! 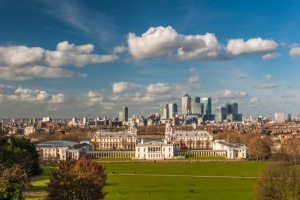 The view from Greenwich Hill 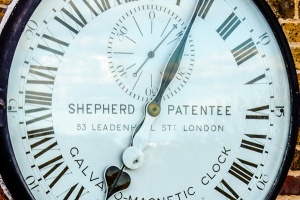 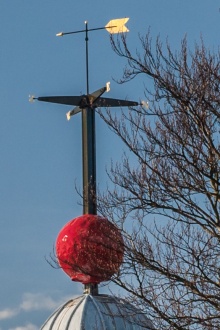 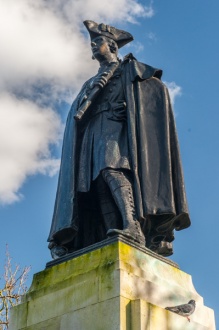 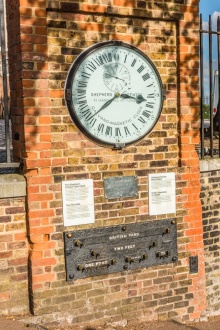 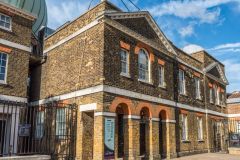 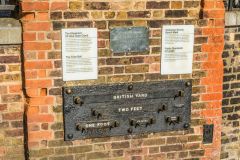 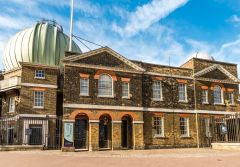 Note: You can get Free Entry to Royal Observatory, Greenwich with the London Pass