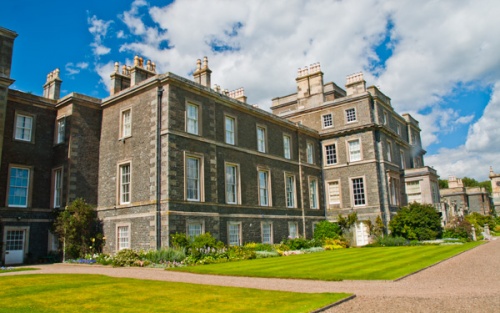 Bowhill estate has been owned by the Scott family since the 12th century, with a brief respite from 1690-1745 when it was owned by the Murrays. In 1322 Robert the Bruce granted estates in Ettrick Forest to the Buccleuch family. The crown reclaimed the Forest a century later and used the area as a royal hunting ground.

William Murray purchased the estate at Bowhill in 1690 but it was not until 1708 that his brother John, Lord Bowhill, built the first country house here. In 1747 Lord Charles Scott, son of the 2nd Duke of Buccleuch, had political ambitions and wanted to become an MP for either Roxburgh or Selkirk.

His father purchased Bowhill for him, but it was left to the 3rd Duke, Henry Scott, to begin work on the estate. That work did not yet include replacing the house; rather, Duke Henry began to plant extensive tree plantations in the grounds. 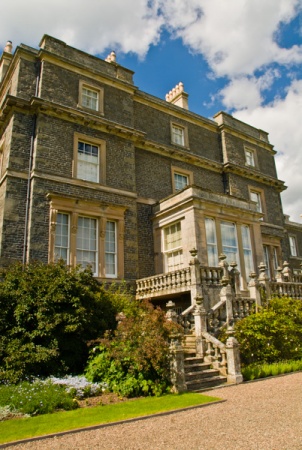 It was left to the 4th Duke of Buccleuch, Charles Scott, to begin work on a grand new country house, calling in architect William Atkinson to remodel the south front in 1812, and to add wings in 1819. The 5th Duke wanted to add his own touch to the house so he hired William Burn to extend the house and remodel the earlier work.

Between them, the 4th and 5th Dukes transformed what had been little more than an occasional residence into a grand new house. Work went on until 1876 before Bowhill could be considered complete, by which time the frontage had reached a remarkable 437 feet long.

Bowhill is famed for the Buccleuch collection of fine art, possibly the finest of any Scottish country house. Included in the collections are porcelain, silver, furniture, and paintings, as well as mementoes of Queen Victoria and author Sir Walter Scott. Among the Scott artefacts are proof editions of several of his books.

Scott was a friend and distant relation of the 4th Duke, and he gave the Duke his original manuscript of The Lay. It can be seen in the study at Bowhill. The paintings include works by Gainsborough, Reynolds, Raeburn, van Dyke, Canaletto, and Lely.

There is a special exhibit on the Duke of Monmouth, who was married to the Duchess of Buccleuch. Monmouth was the son of Charles II of England, but his bid for the throne ended in defeat at the Battle of Sedgemoor in 1685 and he was executed. 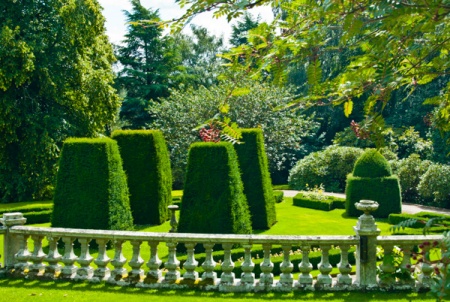 Aside from the staterooms at Bowhill, you can also see a restored Victorian kitchen, and children can dress up in period costumes. The house stands at the heart of a beautiful countryside estate, with waymarked trails leading through woodland, plus special nature trails. The gardens surrounding the house were laid out in a naturalistic style by Thomas Gilpin in 1832, and include a series of small lochs.

It amazes me that Bowhill is not better known. Part of the problem, I suppose, is that the house is only open on specified days throughout the spring and summer (see the Bowhill website for currently planned open days), and then only by guided tour.

By contrast, the country estate is open from March-September with some exceptions. The house is a gem, and the collection of fine ar that fills the interior is superb. Once you have had your fill of the beautifully furnished interiors the gardens and grounds offer wonderful shady trails. Our family had a marvellous time visiting Bowhill. 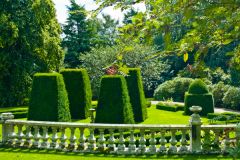 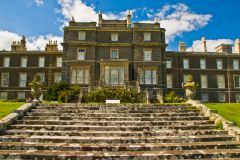 More self catering near Bowhill

More bed and breakfasts near Bowhill