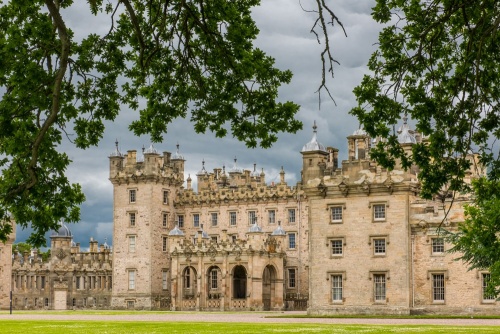 Just west of Kelso, on the banks of the gently flowing River Tweed, stands the largest inhabited mansion in Scotland, Floors Castle. Floors as we see it today was begun by John Ker, the 1st Duke of Roxburghe, in 1718, but the castle stands near the site of a much older medieval castle that has seen enough historical drama for several castles put together.

During the medieval period, the area around Floors was owned by the monks of Kelso Abbey. After the Reformation King James VI granted estates here to Sir Robert Ker, who would later become the 1st Earl of Roxburghe. A later Ker, the 5th Earl, was one of the moving forces behind the Act of Union in 1707, which joined England and Scotland under one central government. As a reward, he was created the 1st Duke of Roxburghe.

A Duke needs a residence to reflect his status, so the 1st Duke decided to build a new residence at Floors. He called in architect William Adam, one of the leading Scottish exponents of the new British fascination with neo-classical style.

Adam is not so well known today as his more famous son, Robert Adam, but in the early 18th century he was among the highest-profile architects of country houses in Britain. Adam drew up plans for a restrained Palladian house, with possible input from Sir John Vanbrugh, designer of Blenheim Palace.

The word 'restrained' is perhaps an understatement; there was nothing terribly compelling about Adam's plan for Floors. Even the appellation 'castle' seemed inappropriate for a building with no obvious military style.

Adam laid out formal gardens surrounding the house, and his design still forms the basis for the elaborate parkland and garden areas we see today. There are woodland walks, a formal parterre, a walled garden, and long avenues of trees, as well as a lovely trail along the Tweed. 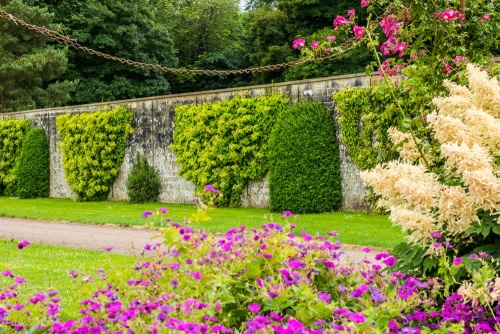 The castle was extended several times, but it was only when the 6th Duke took things in hand in 1837 that Floors really came to life. The 6th Duke called in architect William Playfair, and together they transformed Adam's Georgian neo-classical house into an ornate, palatial residence in the style of a Stewart palace.

Playfair drew inspiration for his picturesque design at Floors from Heriot's Hospital in Edinburgh, which he also helped create. Playfair's Floors featured a bewildering profusion of cupolas, turrets and decorative pinnacles in an ornate, romantic style that moved novelist Sir Walter Scott - a neighbour at nearby Abbotsford House - to call Floors Castle ' a kingdom for Oberon and Titania to dwell in'. It is that.

The 'new look' Floors was a mock castle, a fairy-tale fortress under a battlemented parapet, with pepper-pot turrets at the angles. One of Playfair's touches as a porte-cochere, a covered entry porch designed to allow a carriage to pull up underneath so that visitors could disembark, safe from the weather.

The interiors of Floors are a delight; filled with a marvellous collection of paintings including works by Raeburn and Gainsborough as well as more modern masters like Picasso and Matisse. In addition to the paintings is a superb collection of fine porcelain.

When the American heiress Mae Goelot became the 8th Duchess, she brought her collection of priceless 17th-century Gobelin tapestries to Floors. Duchess May, as she was called, is responsible for much of the interior decoration and artwork that now graces Floors.

Across the river from the house stand the ruins of Roxburgh Castle, one of the largest medieval fortresses in Scotland, and an essential part of Scotland's defences along the ancient border with England.

The first castle dates to at least 1125. It changed hands on multiple occasions; in 1313 a Scottish force of only 60 men led by Sir James Douglas scaled the walls in secret and killed the unsuspecting garrison. The English retook Roxburgh Castle and held it until 1460.

Why this mention of Roxburgh Castle? Because it was here that one of the pivotal moments of Scottish history took place. In 1460 King James II of Scotland determined to wrest Roxburgh from the English. He besieged the castle and set up one of his favourite guns, a bombard dubbed 'Lion', on the level ground by the river. But the gun barrel exploded when fired, and the flying shrapnel killed the king.

A holly bush now stands on the spot where James died. You can see it from the windows of Floors Castle; a solitary, insignificant bush. You might give it no more than a passing glance if you didn't know that a king perished where it now stands. The Scots finally destroyed the castle in the 16th century so that it could not be used by the English against them. Little remains now of this once-mighty fortress, beyond fragments of the curtain wall, the gatehouse, and flanking towers.

We came to Floors as a family, including two children who I think were tired of being dragged to historic houses by their parents. But we really enjoyed ourselves. The interiors were magnificent; there's enough fabulous art, furniture, tapestries, and porcelain to amaze any visitor for hours.

My young daughter, then aged about 6, was really taken by the 'fairy-tale' aspect of the castle. I think she found it easy to imagine herself a princess living here! The guides were extremely good, and the whole experience was really enjoyable. I would happily go back again and take longer to explore the estate, gardens, and riverside walks. 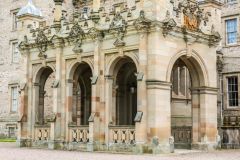 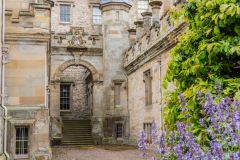 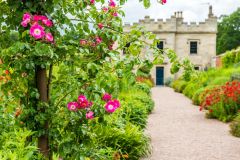 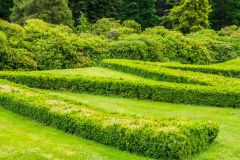 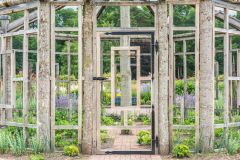 More self catering near Floors Castle