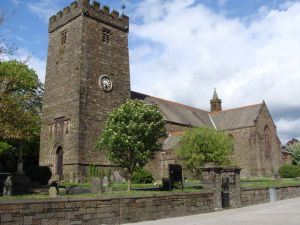 Llanelli, St Elli
St Elli's is the oldest church in Llanelli, built in the 12th century on the site of a 5th century cell, itself built on the site of a pagan shrine. There is a Norman tower and 15th century chancel, with ancient yews in churchyard.
History
Some time in the 'Age of Saints' (the 5th or 6th century) a monastery was founded at what is now Llanelli, on a spot that had been used for pagan worship. The monastic site would have had a church of timber, but in the 12th century this was rebuilt in stone, forming the basis of the St Elli's we see today.

The oldest part of the current building is the 12th century tower, while the chancel dates to the 15th century. The building was heavily restored in the Victorian period, and again in 1906. On the latter occasion the woodwork was renewed, and the carvers left a series of 13 mice, each carved with the name of the woodworker. In 1574 Elizabeth I gave St Elli's a silver chalice, which is now used only twice a year, on Christmas Eve and Easter Sunday.

Who was Elli?
The answer to this question is lost in time. One theory is that Elli is a corruption of Ellyw, and she was a daughter of Brychan Brycheiniog, a 5th century ruler and first king of Brecknockshire who gave his name to the town of Brecon. There is a church dedicated to St Ellyw at Llanelieu in Powys. 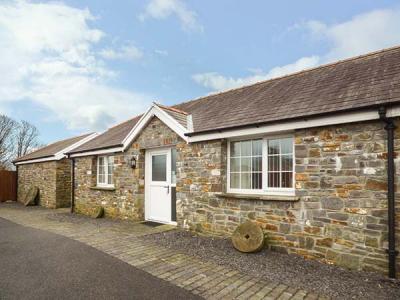 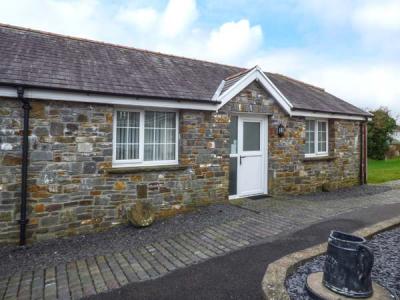 This former stable is set adjacent to the owner's home in the town of Llanelli and sleeps three adults or two adults and two children.
Sleeps 4