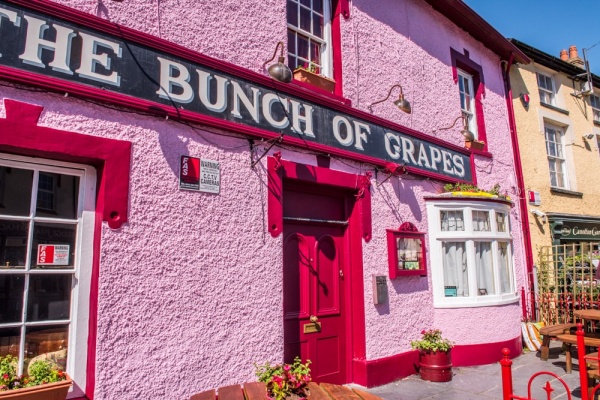 Newcastle Emlyn in a busy market town in northern Carmarthenshire. The town takes its name from a 13th-century castle built in a loop of the River Teifi. The river defines the border of Carmarthenshire and Ceredigion, with the town lying south of the river in Carmarthenshire.

The meandering river surrounds the castle site on three sides, making it a perfect location, easily defended from attack. The castle dates to at least 1215 when it was seized by Llewelyn the Great (Llewelyn Fawr). It was strengthened by Maredudd ap Rhys Grug. around 1240, captured by the English in 1287, retaken by Rhys ap Maredudd, and then recaptured again by the English.

The defences were strengthened in the 1340s but the castle was captured by Owain Glyndwr in his early 15th-century rebellion against English rule. The rebellion was crushed and the castle was retaken, but it returned to Welsh hands once more in the late 15th century. In 1485 Sir Rhys ap Thomas rebuilt the medieval fortress as a comfortable residence, but his descendant Rhys ap Gruffydd was convicted of treason in 1530 and the castle was seized by the Crown.

But that was not the end of the castle's turbulent history. It was held by Royalist troops in the English Civil War, captured by Parliament in 1644, and recaptured by Royalists the following year. It was the last Royalist stronghold, but finally surrendered to Parliament in 1648. Parliament blew up the castle so it could not be held against them, leaving it a romantic ruin of scattered walls atop a high mound, looking out over the river and the town below.

Stone from the castle site was robbed to build the town and many of the most important buildings in the core of Newcastle Emlyn were made with stone from the medieval castle. 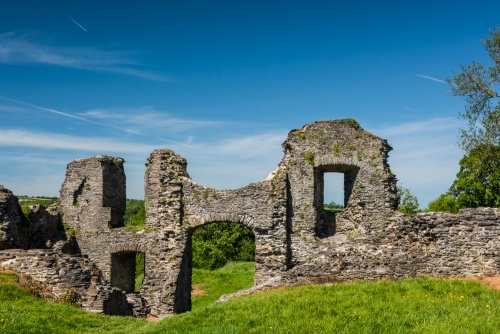 According to local legend, Newcastle Emlyn saw the last appearance of a dragon in Wales. according to the tale, a winged creature known as a wyvern flew over the town during a fair. It landed on the castle wall and promptly fell asleep. What should the townsfolk do? A clever soldier lay a shawl on the river and hid nearby. When the dragon awoke it was attracted by the shawl and flew down to the river to snatch it. The soldier leapt out of hiding and speared the dragon, and the dragon's blood poisoned the river.

It seems a fanciful story, but might there be historical truth behind it? For one thing, the poisoned water was held to a cause of the plague that affected 14th-century Britain so badly.

Another intriguing possibility is that the story goes back to 1403 when Owain Glyndwr attacked the town, carrying before him the banner of the Red Dragon.

On Church Lane is Holy Trinity Church, built in 1842 to replace an earlier chapel that stood within the castle walls. The new church was designed by architect JL Collard of Carmarthen. Though most of the furnishings were renewed in the early 20th century there is still some very good 1860 stained glass under the tower, while the east window glass dates to 1924. Most of the woodwork also dates to 1920.

Just a few steps from Holy Trinity stands one of the most intriguing historical buildings in Newcastle Emlyn, the Bethel Chapel, built in 1820 and restored in 1869. The chapel was designed by architect Thomas Thomas of Landore in a subdued neoclassical style. The chapel fell into a state of disrepair in the late 20th century. The rear of the building was converted into flats and services were held in the former vestry.

One of the most distinctive historic buildings in Newcastle Emlyn is the late Victorian town hall, standing at the junction of Castle Street and the old market place site. The building was designed in 1892 by David Jenkins of Llandeilo as a market hall, with a public hall on the first floor. At ground level are market stalls and a public library. 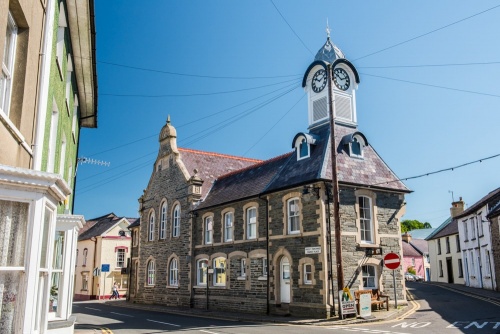 Newcastle Emlyn is linked to the neighbouring village of Adpar by a bridge across the River Teifi. It was in Adpar that the first printing press in Wales was established. In the early 18th century a more literate population led to an increased demand for religious books. In 1718 Isaac Carter established a printing press in rooms at the Salutation Inn in Adpar. Carter published a pair of ballads before moving his press to Carmarthen seven years later. A plaque opposite the bridge marks the site of Carters historic press.

The historic town centre has been declared a Conservation Area, in an attempt to maintain its traditional character. One of those character buildings is The Bunch of Grapes Inn on Bridge Street, a picturesque hostelry built in the late 17th century. At the upper end of Bridge Street is the Blue Bell Inn, a mid-Victorian pub under a slate roof. Just around the corner on Castle Street is Castle House, a Grade II listed stone house dating to the mid-Victorian period.

Bridge Street leads to a pretty three-arched bridge over the River Teifi. The bridge probably dates to the 18th century. It was illustrated on a 1773 map of the Vaughan estates, but it was almost certainly much older than that.

Newcastle Emlyn is a delight to explore, and is well worth a visit, especially to see the castle ruins and enjoy riverside walks along the banks of the Teifi. Just a few miles to the west is Cenarth with its famous waterfalls and salmon leap. 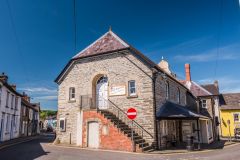 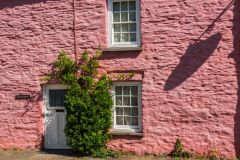 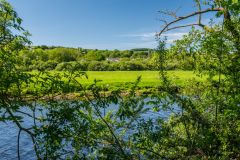 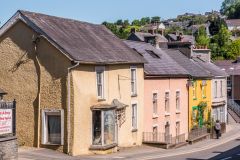 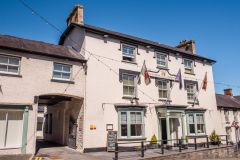 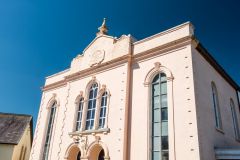 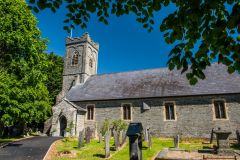 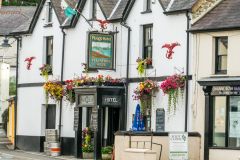 More self catering near Newcastle Emlyn

Self Catering near Newcastle Emlyn